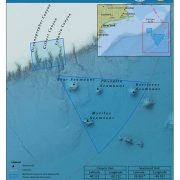 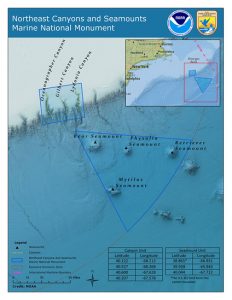 A recent Presidential Proclamation opened waters, closed in 2016, to commercial fishing inside the 5,000 square miles of the designated Northeast Canyons and Seamounts Marine National Monument, located 130 miles off Cape Cod. The designation was made primarily to protect fragile and largely pristine, deep marine ecosystems and rich biodiversity, including deep sea corals, endangered whales and sea turtles, other marine mammals and numerous fish species. A proposed amendment prohibiting commercial bottom-tending gear from fishing inside the Monument would mitigate impacts on the fragile reefs.

A much different situation exists with Closed Zones off the southeast coast and in the Gulf of Mexico, which have been closed for 20 years. TBF leads the recreational fishing community’s opposition to the government’s proposal to open those Zones to pelagic longline “research” fishing for swordfish. The government’s purpose to open the Zones is to determine whether conservation benefits accrued during the 20 year closures.  The recreational fishing community could help document that fact without overfishing the waters as would be done by pelagic longline gear.

To stay up-to-date on all things billfish, subscribe to our monthly newsletter, become a member, and follow us on social media, @TheBillfishFoundation. 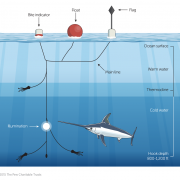 Options to maximize Bluefin Tuna in the Atlantic Ocean

Get up to date information on events, news, and research on a constant basis. Submit your email now to join our exclusive newsletter.
Tag & Release Competition Update