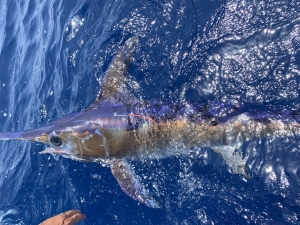 NOAA Fisheries announced landings updates for Northern Atlantic swordfish and tunas, including bluefin, yellowfin, bigeye, skipjack, and northern albacore. This update includes all landings of these species from January 1 to January 31, 2020.

Below includes all commercial landings of bluefin tuna from January 1 – January 31, 2020. 19.5 mt of the General category was unused in December of 2019 and thus transferred to 2020 General Category. The General Category includes handline, harpoon, and rod and reel, with rod and reel making up the vast majority of the use. Landings are roughly the same for 2020 as they were for 2019, with the general category online slightly higher and the commercial category slightly lower than in 2019. 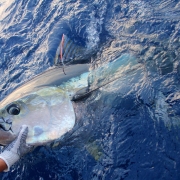 Get up to date information on events, news, and research on a constant basis. Submit your email now to join our exclusive newsletter.
2019 Conservation Record: Black Marlin