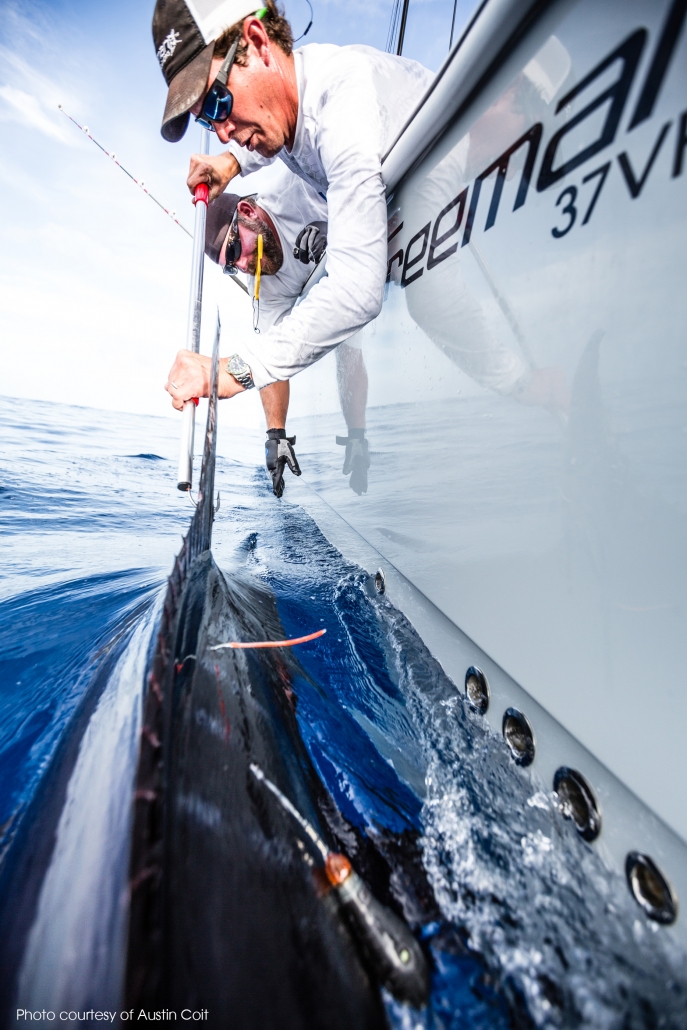 One of our scientists, Dr. John Hoolihan explains that “conventional tagging data is limited in that it only provides points of release and recapture. In contrast, electronic tagging data provides tracking details of where a fish actually traveled. In the case of pop-up satellite archival tags, built-in light sensors are used to derive geolocation estimates of latitude and longitude. This information can reveal insights into behaviors such as roaming and migrations. In addition, pop-up tags have depth and temperature sensors that reveal diving activities, habitat preferences, and other behavioral characteristics.” As such, both types of tagging are vital to creating a robust, full understanding of billfish to be used for management and conservation.

The Billfish Foundation has participated in many satellite tagging expeditions that have been key for discovering new information on billfish. Since billfish science is not a priority for government research funding, large data gaps relating to their life history remain. Only through our satellite tagging can some of these data gaps be filled.

The Billfish Foundation has been hosting and funding satellite tagging trips for many years and are enormously proud of the research that has been done as a result. We have participated in satellite tagging all over the world, from studying white marlin in the Northwest Atlantic to sailfish in the East Pacific. From these trips, we have learned robust and varied information, including the vertical movement habits of sailfish, post-release behavior of blue, black, striped, and white, and vertical habitat use of blue marlin as it relates to longline gear. Our most recent trip out of Venice, Louisiana in the summer of 2019 was a huge success, with numerous blue marlin being tagged. These tags will collect data for 12 months and tell us an enormous amount of information on blue marlin life history and migratory patterns.

Though much research has been done through our satellite tagging efforts, there is still a great amount of information about where billfish go and what they do that is unknown to us. If you are interested in sponsoring or participating in a satellite tagging expedition with The Billfish Foundation, you can do so by contacting us at tag@billfish.org.

We are looking at holding one at Casa Vieja Lodge, the 5 star fishing lodge in gorgeous Guatemala soon. If you are interested a unique and once in a lifetime opportunity to fish with some of the best in billfish hotspot, stay in a luxury lodge, and partake in vital research. Please contact us or Casa Vieja Lodge. 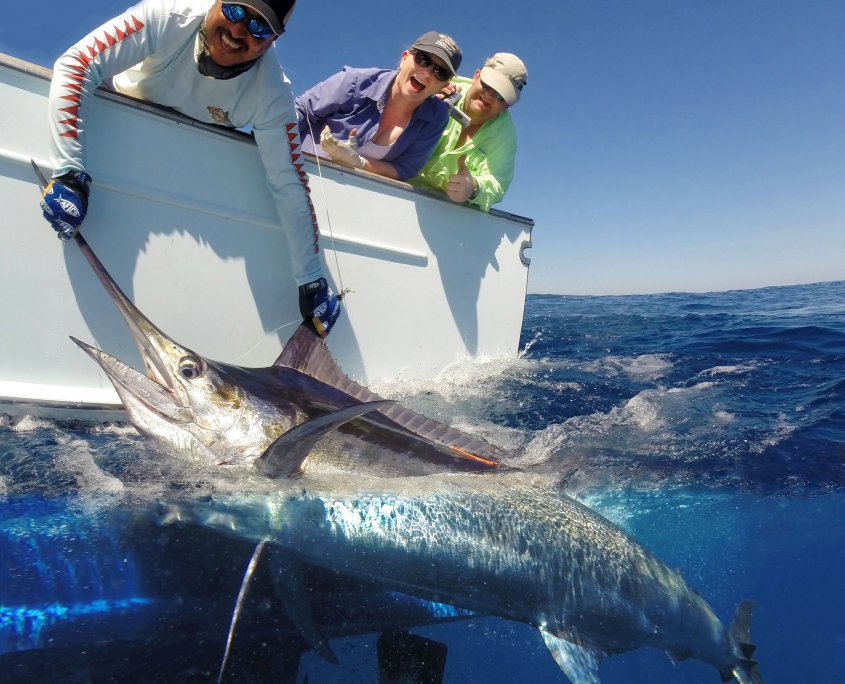 Tagging marlin in paradise at Casa Vieja Lodge… Could this be you?