The Billfish Foundation Members of the Month

The Billfish Foundation is proud to highlight members for their outstanding contributions to billfish conservation and dedication to TBF’s mission. Below is the list of past Members of the Month. Congratulations to all past winners, and thank you for helping us fight for billfish and sportfishing conservation so that we can all Fish Forever! 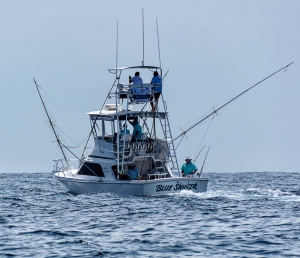 Brother duo Cam and Iain Nicolson have been steadfast supporters of TBF since their first tags all the way back in 1995. They have been vital in the spread of tag and release sportfishing in Angola, purchasing tags for Angolan tournaments to ensure that every angler that wants to participate in tag and release, can. They have tagged over 700 fish themselves, but, through their work, can be credited for thousands more in the waters off Western Africa, providing TBF vital information regarding the health of billfish in these areas. Iain and Cam run Game Fishing Angola out of Luanda and Lobito, Angola. They are spokesmen, advocates, and true embodiments of conservation. 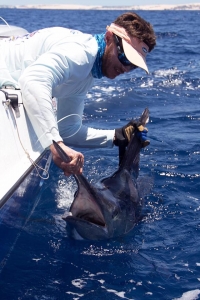 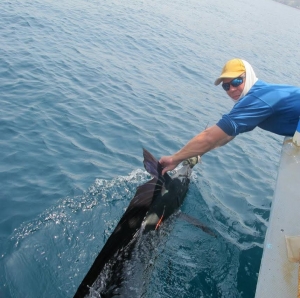 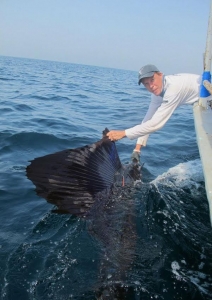 When we were deciding on the first member of the month for 2020, a few names came to mind. Well, three actually. That’s why the January 2020 Members of the Month are the Du Plessis brothers, Darryn, Calvin, and Philip! Since they became involved with TBF in 2010, over 400 fish have been tagged and 100 released, including swordfish, sailfish, blue, black, and striped marlin. Not just in one place, either. The Du Plessis brothers have the entire West Indian Ocean covered, tagging and releasing fish in the Seychelles, Kenya, the UAE, Oman, Mozambique, and even branching out of the Indian to places like Cape Verde and Mexico! We are so grateful to have such an awesome team of brothers so dedicated to billfish conservation. After all, family and fishing are what it’s all about! 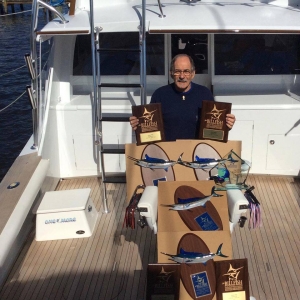 Christian Benazeth has tagged a whopping 1,048 and released 546 billfish for TBF since 1999! As you can see, he has also taken home more than a few awards in the TBF Tag & Release Competition, making his mark especially in the world of white marlin. Christian is a phenomenal asset to billfish conservation, providing valuable data in data-scarce areas like Cote d’Ivoire, Morocco, and Ghana. Christian is a truly outstanding partner in the fight to conserve billfish, and we are enormously grateful for his dedication to the fish we chase. 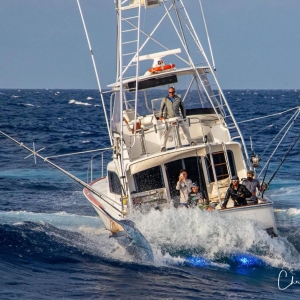 Captain Tim Richardson began tagging for TBF way back in 2000, twenty years ago! In that time, he’s tagged or released almost 1,000 billfish of all species, over half of which were black marlin. He also won Top Tagging Captain for Pacific Black Marlin a whopping SIX years in a row, and once for White! His talents know no bounds, as he is equally dominant in the Caribbean and Australian waters. Tim Richardson has an enduring passion for billfish conservation that is so unique and rare, and we are so honored to have had him be such a valuable part of our conservation efforts for so long. 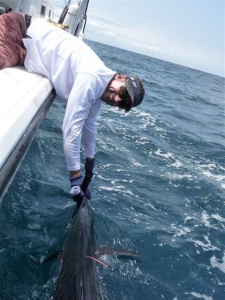 Captain Bertrand Bouchard has been tagging and releasing billfish for TBF since way back in 2006. In that time, he’s tagged over 400 fish and released over 450, plus one recapture. He’s also no stranger to our awards, winning multiple times as far back as 2010! As if that wasn’t enough, he also donated entire trips to TBF from his company, Makaira Sportfishing Adventure out of Nova Scotia, Gabon, Cape Verde, and Principe Island. Bertrand is a tireless advocate for these fish that we chase, and his contributions to conservation cannot be overstated. 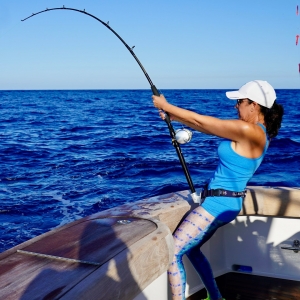 Laura Jessen runs Fish Tank Sportfishing out of Costa Rica and is an absolute titan on the reels. Her first tags date back to 2008, but it was 2013 that marked the beginning of Laura’s ascent to sportfishing royalty. Since then, she’s racked up nearly 750 tags, over 600 releases, and more than a few TBF Tag & Release Awards, including 2019’s Overall Top Tagging Angler, Top Overall Tagging Lady Angler, Top Tagging Angler Pacific Sailfish, and Top Tagging Angler Pacific Striped Marlin. Laura has been an incredible asset to TBF and to our fight to conserve billfish, and we are so honored to have her on our team. 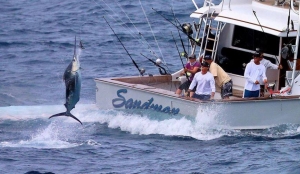 Sandra MacMillan owns the Sandman Fishing (you’ve probably seen them winning a tournament near you) and has tagged or released over 500 fish for TBF in the last decade. Sandra first became a member of TBF all the way back in 2000, and has served on the TBF board since 2011. Her support has been integral to the success of TBF and billfish conservation, and her generosity and willingness to fight for the fish we chase is unparalleled. She is a steadfast supporter of billfish conservation and an unyielding advocate for the recreational fishing community. 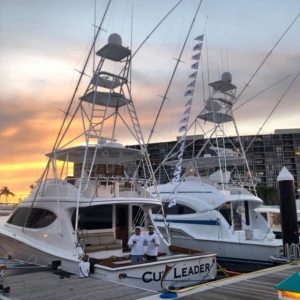 Captain Doug Covin runs CU Leader and has been tagging and releasing billfish for TBF for 20 years, and has been a member since 2003. He has nearly 500 tags and 300 releases to his name, as well as three recaptures. You can find him tagging blues, whites, and sails all along the Eastern seaboard and in the Caribbean. He is also a longtime supporter of our Captain’s program, and is a constant ambassador for billfish conservation. Doug’s constant dedication to the conservation of billfish and the importance of a strong recreational community is nothing short of inspirational. 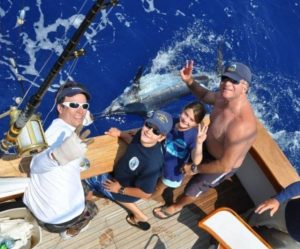 Mark Davis has been a steadfast supporter of billfish conservation since he first became a member of TBF back in 2000. With over 250 releases and tags to his name, he is a previous winner in the TBF Tag & Release Competition, placing as recently as last year. Mark is a true ambassador for billfish conservation and the recreational fishing community, passing on his passion for the sport and the fish to his children, who are previous award winners and have multiple Grand Slams as well! Mark has shown himself time and again to be an incredible asset in the fight to conserve billfish, and his longtime dedication to keeping conservation alive is a testament to us all. 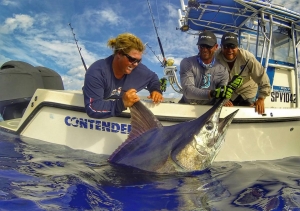 Captain Eddy Lawler has been tagging for TBF for over a decade. With almost 2,000 combined tags and releases of black, blue, and striped marlin and sailfish and numerous recaptures, he’s won more TBF Tag & Release Competition Awards than we can count! Eddy’s contributions to the scientific body of knowledge of Australian billfish cannot be overstated. He is a magnificent ambassador for billfish conservation and a fantastic example of how sportfishing conservation is actually fun! 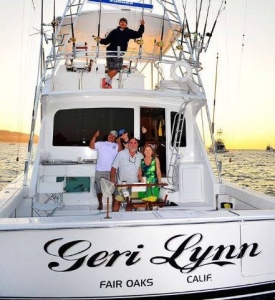 As Chairman’s Club Members, the Christman’s have been supporting TBF for over twenty years. Not only have they been generous with their support, they have been extraordinarily kind and welcoming toward us, and we truly look forward to seeing them in Cabo whenever possible! Not only are they dedicated conservationists, but they’re also the nicest people you’ll ever meet! 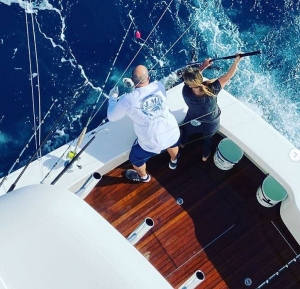 Mike and Dawn Samuels have tirelessly supported The Billfish Foundation since back in 2013 when they first became members. Since that time, they have been constant advocates for the recreational fishing community and billfish conservation. They’ve tagged and released dozens of fish, making Dawn no stranger to the TBF Tag and Release Competition! Mike and Dawn are an incredible example of not just talking the talk, but walking the walk, practicing the conservation that they preach and consistently supporting TBF’s efforts to ensure a future full of billfish. 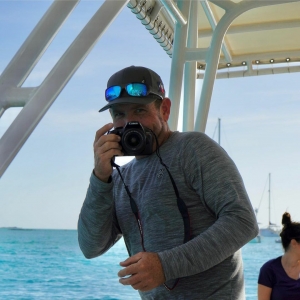 Captain Kevin Deerman is both a fantastic Captain as well as a phenomenal photographer that has given TBF so many photos. If you follow us on social media, chances are you’ve seen a few! Deerman is a wonderful representative for billfish conservation in Texas, with tags dating back well over a decade. His consistent support of TBF, whether it be donating photos, tagging fish, or supporting our Gala and events, has mad such a difference for billfish conservation in the Gulf of Mexico. 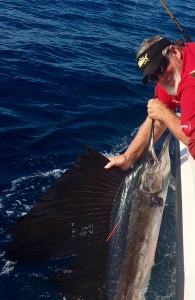 Captain Bouncer Smith of Bouncer’s Dusky 33 has been charter fishing out of Miami Beach, Florida, for nearly 50 years, and tagging billfish for TBF for over 25! With nearly 1,700 submitted tags and countless Tag & Release Competition Awards as well as TBF’s most prestigious John Rybovich Lifetime Achievement Award, Bouncer’s dedication to billfish conservation and ethical sportfishing is unsurpassed. He is both a longtime friend of TBF, an icon of sportfishing, and the well-deserved first ever TBF Member of the Month! 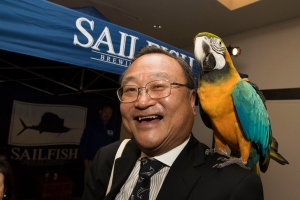 Takahashi Ichiro has been tagging billfish for TBF since 1996 and has won numerous TBF Awards, including the 2017 Top Overall Tagging Angler and the 2017 Top Pacific Sailfish Tagging Angler. His record boasts nearly 650 tags and 100 releases of blue, black, and striped marlin and sailfish from a variety of locations, including Japan, Guatemala, Mauritius, and Malaysia! Takahashi’s contribution to billfish science and conservation is nothing short of immense! 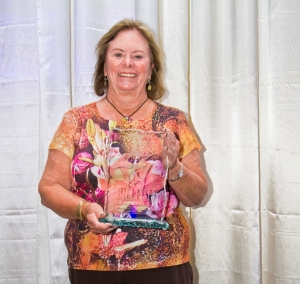 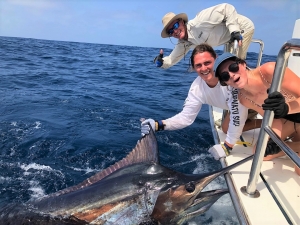 Captain Ross Newton of Reel Teaser Fishing Adventures has been tagging billfish for TBF for over 15 years, tallying nearly 1,400 tags and releases and multiple recaptures! He also has quite a history of sweeping the Indian Ocean Tagging Captain portion of our competition, winning multiple times for both blue marlin and sailfish. Captain Ross is a titan of Australian saltwater and his impact to billfish science in the Indian Ocean cannot be overstated.