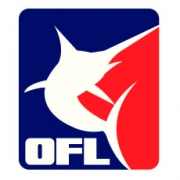 Very much like NASCAR or a professional sports team, large investment opportunities and top notch fishing skills are heading offshore with the creation and launching of the Offshore Fishing League (OFL). The OFL is the world’s first professional big-game sportfishing competition.

“OFL investors see the sport, with over 45 million U.S. anglers, ready for prime time,” said Carlos Suito, CEO, “watching tough battles on the high seas, adrenaline-pumping action by the anglers working with the captain and team members while fighting large blue marlin to the boat, where they must be tagged and successfully released.” The equipment sponsors and repair experts for electronics, rods, lures, line, props and engines will have to be ready for action themselves—with 10 tournaments in eight locations spread over 5,000 nautical miles across the Atlantic Ocean and Caribbean Sea, something is bound to break even on multi-million dollar battlewagons. These glistening machines must be kept in top condition, for otherwise one missed tournament can mean the difference of winning and losing. By the end of each season, one team will survive and earn the title of OFL World Champion.

The Offshore Fishing League concept was unveiled in November at an elaborate launch party at the top of Hyatt Pier 66 in Ft. Lauderdale, Florida. Serving as Commissioner of the OFL is the world-renowned sportfishing captain Peter B. Wright, who is assisted by a cadre of the sport’s top names including Legendary Captains Ron Hamlin, Bark Garnsey and Charles Perry, as well as Capt. George Sawley. Sam White serves the league as Championship Director and will coordinate all tournament competition.
Investment and sponsorship opportunities abound with this new high profile league. A team owner may be a boat owner or he or she may not even be an angler, who certainly doesn’t have to leave shore.

Just like in football where Jerry Jones does not take the field except for trophy and ring presentations, the same is expected in the OFL with many teams. Success is dependent upon each team member on board, just as in the Americas Cup competition, completing assigned tasks in an exacting and orchestrated manner and at times quickly, just like pit crews perform for auto racing. The engine and equipment experts must also be kept readily available on shore should a serious need arise.

The OFL has captured the attention of NBC Sports Network, which will air the 2015 OFL season to more than 85 million homes. The telecasting on NBCSN presents a new platform for sponsors and advertisers to reach the vast number of fishing enthusiasts and fans including a complementary online fan zone.

Unique OFL angling rules will encourage the use of lighter line classes to increase the point value resulting in accurate, real-world demonstration of skills by the captains and anglers. No doubt success will be achieved with finding the right balance. The average boat length will likely exceed 60 feet; the OFL fleet will be an impressive sight fishing the tournament circuit.

With a strong commitment to fish conservation, the Offshore Fishing League will feature a 100-percent tag and release format. A portion of the League’s proceeds will be donated to The Billfish Foundation to help ensure great sportfishing with healthy billfish stocks. “The OFL will be an advocate for billfish conservation,” said Suito. “Our goal is to share the best passionate and responsible sportfishing performed by the world’s best teams for the rest of the world to watch.” The OFL will work closely with The Billfish Foundation to best insure conservation and responsible fishing practices are followed. For more information please visit www.ofl.com. 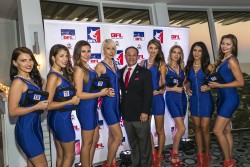 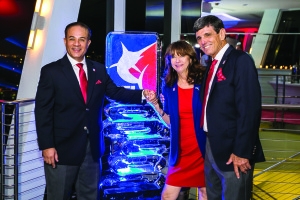 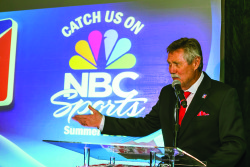 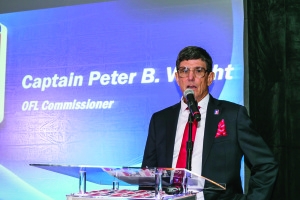 Get up to date information on events, news, and research on a constant basis. Submit your email now to join our exclusive newsletter.
RECREATIONAL HMS ECONOMIC CONTRIBUTIONS FROM MID-ATLANTIC TO MAINE

Uncovering the Population Structure of Black Marlin
Scroll to top