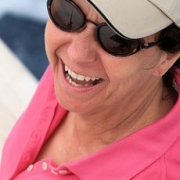 FT LAUDERDALE, Florida, USA — Ms. Ellen Peel, the much respected president and CEO of The Billfish Foundation, who has also served for three years as a U.S. representative to the International Commission for the Conservation of Atlantic Tunas (ICCAT), has been named by President Obama as U.S. Commissioner to ICCAT.

The announcement by the White House, along with the appointments of two others, was made May 10. Russell F. Smith III was also named a U. S. Commissioner to ICCAT.  The third appointee was Caitlin Durkovich, named to the Department of Homeland Security as Assistant Secretary for Infrastructure Protection.

In making the appointments President Obama said, “It gives me great confidence that such dedicated and capable individuals have agreed to join this Administration and serve the American people.  I look forward to working with them in the months and years ahead.”

Because of her passion and dedication to marine resources, Ellen was asked in 2009 to serve as the Acting U.S. Recreational Fishing Commissioner to ICCAT, pending final approval by the President.

ICCAT is a 42-year old inter-governmental fishery organization of some 50 member nations responsible for the conservation of tunas and migratory species like billfish and sharks in the Atlantic Ocean, and its adjacent seas like the Mediterranean and the Gulf of Mexico.

Peel said, “I’m very much honored to be appointed to serve for the White House in the Commissioner position. The challenges are great, but I am committed to advancing and defending the fishing opportunities for all U.S. fishing interests, including raising the priority of both the recreational fishing industry and the billfish species.”

Peel recently began her 16thyear as the head of TBF, a post many in billfishing and marine conservation say was a position she was born for.

Growing up in Long Beach, Miss., with the Gulf of Mexico as her back yard, she’s at home on deep blue water oceans as she is fly fishing a remote trout stream. She broadened her appreciation for the outdoors by working for the National Park Service, before pursuing a law degree at Ole Miss. With a desire to represent big migratory fish including billfish species she continued her studies with a masters of law in marine resources at the Univ. of Washington in Seattle. With her specialization she worked in Washington D.C. at the Center for Marine Conservation getting a solid background with the law-making process.

Despite many challenges like the reduced worldwide populations of billfish caused by commercial longlining and netting, her message has remained clear – good conservation pays in benefits to the fish stocks, the oceans’ ecosystems, improved fishing opportunities, strong economies and prepared future generations of ocean stewards and users.  Through education, research, science, advocacy and uniting the recreational fishing community as one powerful voice, TBF’s accomplishments have been many including key socio-economic work in Central and South America, its Tag & Release program and worldwide technology on three oceans.

Now in its 26th year The Billfish Foundation works globally to advance the conservation of billfish and associated species and to improve the health of oceans and dependent economies. TBF’s website is billfish.org. Ms. Peel can be reached at 800-438-8247 ex 108.

Get up to date information on events, news, and research on a constant basis. Submit your email now to join our exclusive newsletter.
AGREEMENT YIELDS LONGLINE CLOSURE FOR UPCOMING COSTA RICA FISHING TOURNAMEN...

A NIGHT IN ATLANTIS
Scroll to top