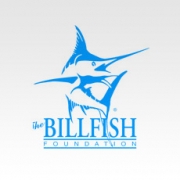 Ft. Lauderdale, FL, USA – June 20, 2017 – Today, The Billfish Foundation (TBF), the world’s leading sportfishing conservation organization for marlin, sailfish, spearfish and associated highly migratory fish, announces this year’s winners of its prestigious Lifetime Achievement Awards and its Club of Excellence Awards.  The Lifetime Achievement Awards are named in honor of three distinguished gentlemen who made exemplary contributions to advancing billfish research and conservation throughout their lives. The Club Award is in recognition of big game fishing clubs that have contributed to the conservation and management of billfish and other species, responsible sportfishing fishing and support of TBF.

THE WINTHROP P. ROCKEFELLER LIFETIME ACHIEVEMENT AWARD will be presented to Michael L. Farrior from Rancho Santa Fe, CA for his lifelong extensive volunteer work to advance responsible fishing practices, youth fishing opportunities, fishing trips  for recuperating military patients and his dedication to researching and capturing fishing history for anglers worldwide.  He is a long-time member of the oldest fishing club still in existence, the Tuna Club of Avalon and serves on the board of directors of the International Game Fish Association. 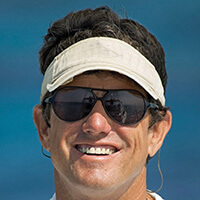 THE JOHN RYBOVICH LIFETIME ACHIEVEMENT AWARD will be presented to Captain Peter B. Wright from Stuart, FL for his lifelong commitment to responsible fishing practices, his world renowned achievements as a sportfishing captain and his demand for credible science based management and conservation. Peter introduced TBF to the conservation benefits of using non-offset circle hooks and helped secure the means for TBF to distribute thousands of the hooks to anglers and captains.  Peter is a long-time member of TBF, who supports the organization in numerous ways. 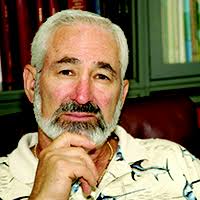 THE PAXSON H. OFFIELD LIFETIME SCIENCE ACHIEVEMENT WARD will be presented to Dr. Eric Prince from Niceville, FL for his 30 plus year career as a billfish scientist, who provided the science voice that convinced Rockefeller of the need for TBF.  Prince spearheaded the first international Atlantic billfish research program, gave impetus to TBF expanding traditional tagging and later satellite tagging, and he was one of two scientists who launched the first archival tagging program for Atlantic bluefin tuna and for years often provided the only science voice for billfish.

TBF is honoring the 83 year old West Palm Beach Fishing Club and its members, who haveadvanced projects and practices that benefitted fish 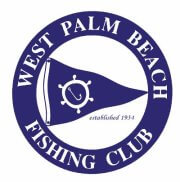 conservation and science for many species, including billfish.  In the 1950s and 1960s, the Club worked with Dr. Frank Mather at Woods Hole Oceanographic Institute to help establish and maintain its Cooperative Gamefish Tagging Program. The Club’s Palm Beach County Fishing Foundation provides scholarships for undergraduate and graduate students pursuing degrees in marine biology at Palm Beach Atlantic University and Florida Atlantic University. The Club also supports environmental and marine science-oriented students at three area high schools and is a partner with a three-day hands-on educational fishing event for youth, who otherwise would not have the opportunity.

TBF is honoring the 58 year old Hatteras Marlin Club, known for its annual Blue Marlin Release Tournament, which began in 1960 with a focus on inter-club friendly competition with competitors representing Club Nautico de San Juan, Miami Rod & Reel Club, the Annapolis Yacht Club, Atlantic Anglers and the Atlantic City Tuna Club, and others. In addition to being recognized for furthering fishing club camaraderie, the Club is being honored for its commitment to advancing billfish and other fish conservation, responsible fishing ethics and the introduction of today’s youth to those values and practices.  The Club members’ continuous support of TBF has allowed for the continuation of billfish research and advocacy for responsible policy to continue.

Award presentations will be made during TBF’s annual gala on Friday, November 3, 2017 at the Harbor Beach Marriott Resort on Ft. Lauderdale Beach, Florida.

TBF is a 501 (c) (3) tax exempt organization created in 1986 by anglers to insure the advancement of billfish research needed to support healthy stocks of fish so great sportfishing opportunities would remain available worldwide.

Get up to date information on events, news, and research on a constant basis. Submit your email now to join our exclusive newsletter.
WHAT IS THE PORT STATE MEASURES AGREEMENT AND WHY DOES IT MATTER?