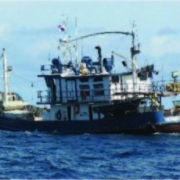 On December 18th 2012, The Billfish Foundation  submitted a letter on behalf of its members regarding the potential issuance of Exempted Fishing Permits (EMPs) that would allow longline vessels to fish in two closed zones – the Charleston Bump and the East Florida Coast.

Established in 2001 as means to reduce bycatch of billfish and discards of undersized swordfish, these spatial closures have been an instrumental part in strengthening the sport fishery along the eastern coast of the United States. Both anecdotal evidence from anglers and captains as well as stock assessments in recent years have shown that billfish stocks have begun to stabilize, if not increase, due to the greater conservation measures that resulted from the prohibition of longlines in these areas. For both recreational anglers and commercial fishermen, it would be hard to argue that the resurgence of the swordfish fishery is not directly related to the conservation measures that restricted longlining vessels from these two important areas.

The National Marine Fisheries Service’s rational for issuance of EFP for longline vessels in these areas is for the sole purpose of investigating bycatch “hotspots”. The Exempted Fishing Permits would authorize the collection of not only tunas and swordfish, but also billfish and sharks. If not prohibited, this action could lead to furhter longline vessels fishing in these areas and could be devastating to conservation achievements over the last decade that have directly benefited the sportfishing community. It is imperative that members of their sportfishing community voice their opinion regarding this issue.

Get up to date information on events, news, and research on a constant basis. Submit your email now to join our exclusive newsletter.
TEACH A KID TO TAG, MAKE A MEMORY FOREVER