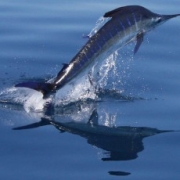 On July 3,The Billfish Foundation submitted their official comments to the National Marine Fisheries Service (NMFS) as part of the scoping process for the Billfish Conservation Act of 2012. Signed into law on October 5, 2012, NMFS is seeking public comment on the potential scope of any future regulations to implement the BCA.

Two exemptions placed in the legislation would allow Pacific billfish caught by domestic vessels and landed Hawaii and the Pacific Insular Areas to be excluded from the general prohibition within the legislation. The legislation also allows foreign vessels to land billfish in Pacific Insular Areas for exports outside of the United States.The National Marine Fisheries Service (NMFS) is currently accepting comments on the scope of the exemptions in the Billfish Conservation Act and the possible regulations, if any, that can be used to restrict the trade or sale of billfish landed by U.S. boats in Hawaii.

THE BILLFISH FOUNDATION’S OFFICIAL COMMENTS FOR THE ANPR FOR THE BILLFISH CONSERVATION ACT OF 2012:

Get up to date information on events, news, and research on a constant basis. Submit your email now to join our exclusive newsletter.
NEW FEDERAL POLICY WILL ENHANCE GULF OF MEXICO’S RIGS TO REEF PROGRAM