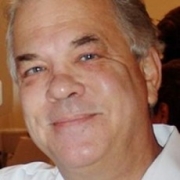 Russell Nelson, The Billfish Foundation’s Chief Scientist and a former leader of the Florida Marine Fisheries Commission, has passed away. His unexpected death is a loss to those who knew him and to the fisheries he helped over a long career. When it came to ensuring healthy fish populations, Russell Nelson was the perfect combination of scientist and reason.

As executive director of the Florida Marine Fisheries Commission (FMC), which later became part of the Florida Fish and Wildlife Conservation Commission, Nelson helped develop regulations that brought redfish,  snook and other species back from the brink of extinction in Florida waters. Russell also protected sea turtles by getting Florida to require turtle excluder devices on shrimp boats.

Appointed by the governor, the MFC’s commissioners were citizens that sometimes had little knowledge or understanding of saltwater issues, but Russell always there to gently guide them to do the right thing for Florida’s marine resources. He not only knew the science that would help a species, he also knew human nature and how that had to be figured into the management equation.

“Russ was an enormous asset to the Marine Fisheries Commission and was a phenomenal contributor to the safety and conservation of many fisheries in the United States,” said R.Z. Safley, a former Florida legislator and one-time member (1986-1988) of the Marine Fisheries Commission. “He was a good scientist and a hard-nosed advocate for (marine conservation). He was important to the science of fishery management for decades.”

“He was well-educated; he was one of those guys, like Einstein, who had pathways through the brain the rest of us didn’t have,” said Roy Williams, former assistant executive director of the Marine Fisheries. “He was a good scientist but he also had pretty good political insight. Most of the issues we dealt with were tough, because you had to say ‘No,’ to somebody. Russ was good because he could balance the science and the politics.”

After leaving the FWC in 2000, he founded Nelson Resources Consulting, an Oakland Park-based international fisheries consulting group that specializes in conservation science and advocacy for recreational fishing interests.

With The Billfish Foundation, Russell was instrumental in several of TBF’s socio-economic studies in the Los Cabos region of Mexico, Costa Rica, and Panama as well as being a loud voice for recreational fishing during international negotiations. His insight into dynamics of fisheries and the socio-economic benefits generated from sport fishing played pivotal roles in assisting many governments make decisions to further benefit sport fishing and tourism opportunities.

“All I can say is that Russell, in addition to being a brilliant scientist and analyst, had the most subtle sense of humor of anyone I’ve ever known,” said Joan Vernon, of Key Biscayne, who conducts the Presidential Challenge and worked with Nelson on billfish conservation issues in countries visited by the tournament series. “He had the ability to put complicated issues into perspective and reach sound conclusions that benefited not only the fish, but the economic issues involved as well. His outlook on life was an inspiration for all that knew him. It is hard to imagine life without Russell.”

“He was super,” said Capt. Bouncer Smith, of Miami Beach, who took Mr. Nelson and friends of his from Sweden daytime swordfishing two weeks ago. “He had semi-retired, bought a motorhome and went all over the Eastern United States trout fishing and visiting people.”

Russell received his doctorate from North Carolina State University, then worked as a research biologist for the National Marine Fisheries Service before working for the Marine Fisheries Commission. Highly respected, Nelson also served for 14 years as a member of both the U.S. South Atlantic and Gulf of Mexico Fishery Management Councils and also served on the U.S. delegation to the International Committee for the Conservation of Atlantic Tunas (ICCAT).

Nelson is survived by TBF President Ellen Peel, two adult daughters, Rebecca and Kate, his mother and several siblings. A celebration of Nelson’s life will be held Sunday October 13, 2013, from 1 p.m. to 4 p.m., at the International Game Fish Association (IGFA) headquarters in Dania. In lieu of flowers, the family requests donations be made to The Billfish Foundation by clicking here.

Get up to date information on events, news, and research on a constant basis. Submit your email now to join our exclusive newsletter.
Get Hooked – Why People Love to Fish