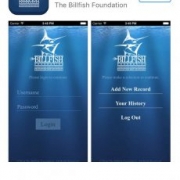 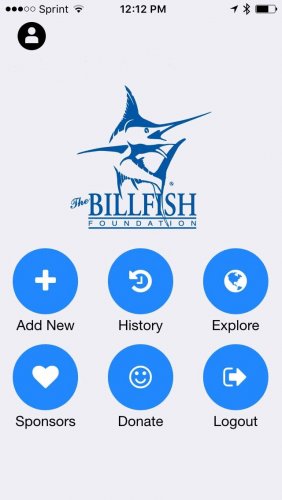 Over the past 26 years, the sportfishing community has provided The Billfish Foundation (TBF) with over 220,000 tag and release records, making it the largest private billfish database worldwide. The data received helps marine researchers gain insight into migratory patterns, growth rates, habitat usage, and the overall health of billfish stocks around the world. A vast majority of those records used to be received on our traditional cards via post, but with TBF’s online system launch several years ago, there has been an incredible 45% increase in reported data from anglers, captains, and mates since 2014. With a large shift of people moving from desktop users into mobile devices, TBF wanted to make it easier and more convenient for the “mobile” angler (or the angler on-the-go) to continue to participate in the tag & release program.

Engagement is a large part of the success of TBF’s Tag & Release Program. TBF is excited to introduce a new way for anglers to easily report and search tag and release data – TBF’s mobile application.  Available for Apple products in the App Store!

Thanks to the funding from RUMBUM.com and Rock the Ocean Foundation, the new TBF mobile application will allow the user to more easily and quickly report their tagged fish, and released fish (with no tag), with their device automatically entering the latitude and longitude based on the angler’s location and allowing the user to select if they are  an  angler or captain. It will also allow the user to post a picture with the record, explore recent TBF tag & release data including recaptures, and create/modify their own profile. All of the data entered into the application is sent to TBF’s database and if edits are necessary, you can make them via the application or through our traditional desktop version.

Get up to date information on events, news, and research on a constant basis. Submit your email now to join our exclusive newsletter.
UPDATED STANDINGS FOR 2016 ANNUAL TAG & RELEASE COMPETITION