TBF EXTENDS OUTREACH IN THE NORTHEAST 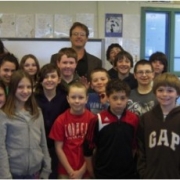 In an effort to reach out to the sportfishing community of the Northeast, TBF sent Capt. Tony DiGiulian to attend the opening weekend of the 8thAnnual Hamptons Offshore Invitational. The tournament was held August 15ththrough August 24th out of Shinnecock Inlet, Long Island NY. With 72 boats entered in this year’s tournament, the Hamptons Invitational has become one of the most prestigious tournaments on the East Coast. The event culminated with an awards dinner at Oakland’s restaurant in Hampton Bays, with over 650 tournament entrants, supporters and guests in attendance.

This year’s tournament was the most successful yet. Thanks to the Shinnecock Marlin & Tuna Club and their president, Capt. Scott Horowitz, the Hamptons Offshore Invitational has donated over $600,000 to Big Brothers Big Sisters of Long Island over the last eight years. “I am very proud of the sponsors that have committed themselves to enhancing the lives of the children of our community,” remarked Horowitz. “It is awesome to be the founder of an event that for eight years has brought people together to celebrate and enjoy the greatness of our town and the great sport of fishing”.

TBF is committed to increasing the number of tagged marlin in the Northeast and will be working with both the Hamptons Invitational and the Shinnecock Marlin & Tuna Club in 2009. Starting this year, TBF will donate tagging kits and information on the proper methods and techniques to safely tag and release both blue and white marlin. Anglers in the Long Island area have noticed an increase in the number of white marlin they are seeing on a daily basis and TBF hopes to get a good number of these fish tagged during the 2009 season.

In addition to the tagging kits, TBF, along with Stalker Outfitters, will be hosting a billfish workshop in late February on the Island. The workshop will include discussions on rigging with circle hooks, kite fishing and live baiting and the proper way to tag and revive billfish. TBF will also become more involved with next years tournament by sponsoring a tag and release trophy and award. In addition to being involved with the Hamptons Invitational, TBF will pursue its role as an educator by getting involved with the local school system so that our future generations will learn the importance of both billfish conservation and the benefits to healthy oceans and fish stocks worldwide. Helping with this endeavor will be Amy Kazdin, a local grade school teacher who is also an avid bill fishermen and a board member of the Shinnecock Marlin & Tuna Club.

TBF and Capt. DiGiulian would like to thank Scott Horowitz and the entire Shinnecock Marlin & Tuna Club for their generous hospitality in hosting TBF and for their interest in helping TBF to meet its goals. A special thanks to Hank Altenkirch and his company Altenkirch Precision Outfitters for sponsoring Capt. DiGiulian’s room and board while he was in Long Island and for his generous donation of custom built rods for TBF’s Annual Dinner & Auction.

Get up to date information on events, news, and research on a constant basis. Submit your email now to join our exclusive newsletter.
TBF GETS YOUTH “HOOKED” ON CONSERVATION AT MIAMI FISHING CLINIC

I RECAPTURED A TBF TAGGED BILLFISH: WHAT NOW?
Scroll to top