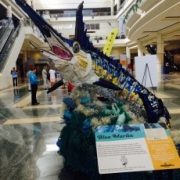 Sportfishing is quickly becoming a growing force, not just in the United States, but internationally. This past July, more than 13,000 representatives of the global sportfishing industry came together once again for the 58th annual International Convention of Allied Sportfishing Trades (ICAST).  2015 brought the biggest show yet for ICAST where vendors showcase the latest and greatest in fishing tackle, gear and accessories. However, the show not only focuses on the new innovations and fishing technology, but the importance of the sportfishing community working together for the betterment of the industry. 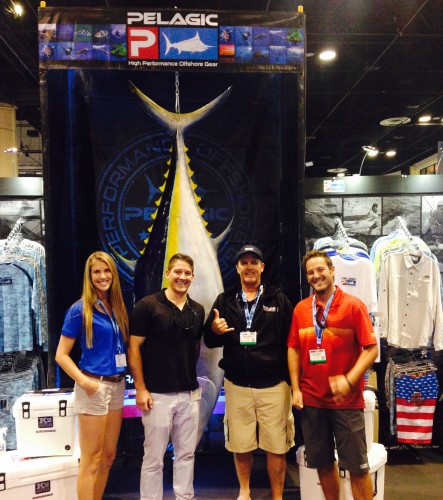 ICAST also gave TBF staff a great chance to meet with its current sponsors and network with the biggest names in the sportfishing industry. Costa, Pelagic, SIMRAD, Fathom Offshore, and Alutecnos were just a few of TBF supporters in attendance. A major feature of the convention is the New Product Showcase which 270 vendors put on display close to 900 new products for a chance to win “Best in Show.” Winners included the innovative and conservation minded Release Ruler and eyewear from Costa.

ICAST was also a great venue for highlighting the socioeconomic importance of the sport working to get the recognition it warrants. In attendance at this year was Florida governor, Rick Scott who took the time to meet with industry leaders for a round table discussion on how industry representatives and groups like TBF can be more effective in advocating for the future of the sport.  In addition to the new products on display, several seminars were held by advocacy groups such as the Center for Coastal Conservation (of which TBF is a member) on critical issues such as the effects of the Magnuson Stevens Act reauthorization on the fishing industry.

All in all, ICAST 2015 was the biggest and best yet and a great success for TBF as well. The innovation on display and opportunities for leaders of the sportfishing industries to work together during the convention really provide an excellent way to work collectively toward the growth of the industry. Like others, TBF is grateful to have a chance to participate and work with industry leaders which is necessary for the longevity of the sport and the marine resources they depend on.

Get up to date information on events, news, and research on a constant basis. Submit your email now to join our exclusive newsletter.
Predicting Atlantic Blue Marlin Distribution