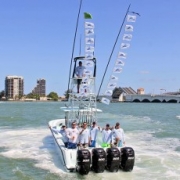 Winter is approaching and that means one thing for us down here in South Florida, the return of the world class sailfish bite. Anglers begin to anticipate the onset of the season’s first cold snaps and along with that, the annual migration of Atlantic Sailfish down the coast. Some anglers let us know how a finesse game can not only help keep you in the money, but be better for the fish as well.

The beauty of this near shore fishery is that just about anyone can get in on the action; however some   anglers take this season a bit more serious than others. These hardcore tournament fishing teams know what it takes to put up numbers and may run forty plus miles in heavy seas from their home inlet in search of a bite. 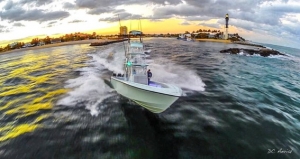 We caught up with one such team recently to pick their brains a bit about what they feel contributes to their repeated success and some of the measures they take to keep up with an ever-growing fleet of competitors. What we learned encouraged TBF in regards to the direction this fishery is going.

Team Sailsmen, formerly known as team “Advanced Roofing,” has been competitively fishing in the south Florida area for over 15 years. This group of friends, who have been fishing together since high school, have mastered their craft. To them the change of season means time to ready their tackle in preparation for the upcoming tournament schedule. With many top finishes and over 1 million dollars in career tournament winnings, we figured we were talking to the right guys. 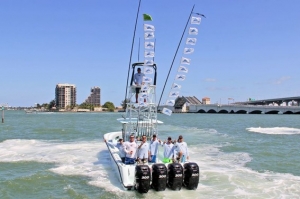 “You have to constantly be stepping up your game…” team captain Jeff Scott states. “The competition has gotten so good out there that we constantly have to be looking for ways to elevate ours. We can’t control how many fish are going to show up and where” says Scott, “but it’s important to make it count in the areas you do have control over, like our tackle.”

“One thing that’s changed over the years is tackle” says Mike Calabrese, another member of the team. “It seems like just a few years ago guys were using J hooks and big, 60 lb. leader material. Now, not only are crews using circle hooks, we’re using really small ones at that.” In addition to the small, lightweight hooks, the guys have downsized their leader material as well. “30 lb. fluoro. That’s it.” Scott says. “You have to try pretty hard to break it and if you do, you probably did something wrong.” 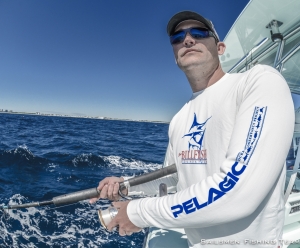 How do the guys feel about these adjustments? “We’re all for it” says Scott. “Smaller hooks penetrate easier and also help to present the bait in a more natural manner.”

Still, those hooks are considered small by most standards. “The best part about all that,” Calabrese proclaims “Is that we’re letting these fish go with hardly anything left on them.”  “A quick grab of the 30lb. and it usually parts inches from the hook where the leader was chaffed. And they’re off…Just remember to make sure you have photo or video verification of your catch before doing so” he adds.

Both guys agree that since the shift, they have seen far fewer deep hooked and bleeding fish. “I think it’s safe to say that virtually all of our fish we let go swim off in great shape” explains Scott.

Another detail the “Roofers”(as they are so affectionately known as by their peers) have adapted is the use of a lighter main line as well.“Everyone used to use 20 lb.” says team owner, Michael Kornharens. “Now, we’ve realized we don’t need that heavy of line.” 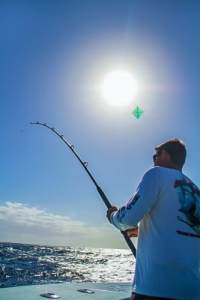 “There are numerous benefits. We get more line capacity using 17 lb. and experience less belly in the line when it is in the air through the kite clip or in the water when we are fighting a fish,” explains Kornharens. The added capacity is also beneficial when the team hooks up to multiple fish that head off in different directions.

The anglers also agree that with the lighter line and decreased drag pressure, the sailfish tend to stay higher up in the water column when hooked.

“It’s not for everyone…” Scott adds. “You have to have good anglers who know when to back off and know when to push it up. Ultimately though, if you can do it and chase these fish with the boat and get a quick release, everybody wins.I’d say we average a 2-4 minute release time for each fish. It enables us to get our baits back out quickly and the fish usually take off like nothing happened” he adds.

“When you catch fish quickly, you are able to hopefully stay with that body of fish that has just moved upon you,” says Calabrese. “The positioning of the boat and where you set back up after a release is really what can make or break a tournament for you. Catching them quick is the only way to go.”

While the Sailsmen and TBF both advocate tagging measures for billfish, it should be added that tagging fish during a tournament may not be the best time to do so. “We carry tags onboard and attempt to deploy them when the time is right” says team member David Collier. “In the heat of a tournament is usually no time to attempt to properly place a tag. Instead we will try to get our tags out while pre-fishing when we have a little more time to ensure the tag is placed in a good spot on the fish,”he explains.

The main thing is you do not have to be in a tournament or be a professional to attempt a transition in your tackle for both your sake and the fish’s. Use smaller hooks and make a conscious effort to go after your hooked billfish and reduce the fight time. “Bottom line, the smaller the hook you use, the less force required for it to penetrate and the better chance you have it will stick. The quicker you catch and release your fish while leaving as little as possible behind, the better for the fishery” adds Scott.

With all the evidence pointing towards mutual benefits for all involved, there is hope for a great sailfish bite off South Florida for years to come. 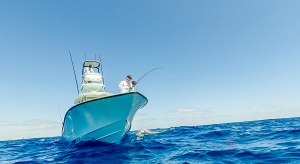 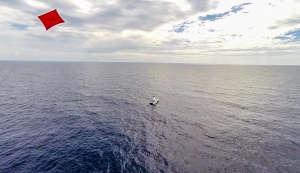 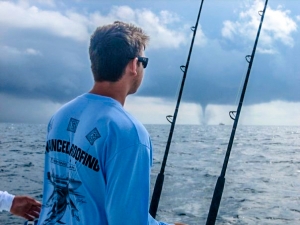 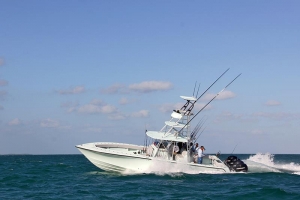 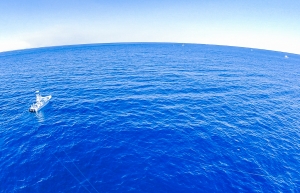 Get up to date information on events, news, and research on a constant basis. Submit your email now to join our exclusive newsletter.
RESULTS OF PUBLIC CONSULTATION ON THE FUTURE OF BERMUDA’S EEZ