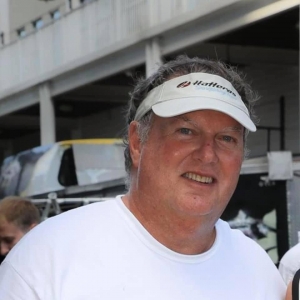 Stephen “Steve” Levi, a beloved TBF member and passionate angler, unfortunately died in an auto accident on January 8 while in Biloxi, MS.

Steve, as he was known, lit up a room with his smile and engaging personality, there was not anyone he wasn’t willing to assist, he cared about individuals and credible organizations.  He was a natural ambassador for The Billfish Foundation (TBF) taking of his time and effort when needed, in person and on Facebook, to explain to others the value of being a member of TBF.  He was committed to advancing responsible sportfishing, conservation of billfish and other fish species and passing on the thrill of fishing to the next generations. He was passionate about sportfishing and loved the camaraderie and excitement of offshore fishing.  Steve’s presence at a fishing event added positive energy and inspired others.

Steve had a strong work ethic that began on the loading docks of his family freight business, Mercury Freight Lines, where his father impressed upon him to work hard and be passionate about doing a good job.  After his college days at University of Alabama, Steve earned his captain’s license and began chartering his family’s 31-foot Bertram.  Two years later he acquired a 42-foot Bertram, Blue Summer, which he chartered and tournament fished in the upper Gulf of Mexico during the summer and then made trips to St. Thomas during the winter months. While a member of the Mobile Big Game Fishing Club, Steve was a passionate advocate for the Club and its great work in support of responsible sportfishing and fish conservation.

After 30 years at the helm, Steve began working for Gulf Coast Yacht Group in Orange Beach, AL where he soon added Factory Certified Sales Broker to his list of accomplishments. As he slowed a bit, he transitioned into a support position for the Group at boat shows, tournaments, special events, serving as an observer and video verification judge for tournaments, all the time supporting TBF, responsible sportfishing and conservation.  He will be greatly missed.

Steve is survived by two daughters, Kristen Scruggs, Chelsea Dzwonkowski, three sisters and a large family. In lieu of flowers, family asks donations be made to The Billfish Foundation.

Get up to date information on events, news, and research on a constant basis. Submit your email now to join our exclusive newsletter.
Protected: Billfish Magazine 2020 V3