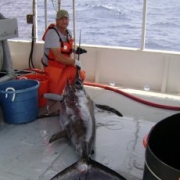 Highly migratory species, including tunas and billfish, travel the world’s oceans and traverse national boundaries. Regional fishery management organizations (RFMOs) work at the international level to manage such species, bringing together scientists and policymakers from all nations who have a stake in the fishery. The International Commission for the Conservation of Atlantic Tuna (ICCAT) is the RFMO that manages tuna, billfish, and sharks in the Atlantic Ocean. Management and catch limit recommendations are made each year based on the best available science. However, assessing the health of each species requires a substantial amount of data and cannot be accomplished on a yearly basis. That is why stock assessments are highly anticipated in the fisheries community, and the 2017 Atlantic swordfish stock assessments were consistent with expectations.

ICCAT recently published its 2017 assessments on Atlantic swordfish, and came to two different conclusions for the North Atlantic and South Atlantic stocks. The previous assessments for North and South Atlantic swordfish were completed in 2013. At this year’s assessment workshop scientists utilized two modeling programs so that results could be compared for accuracy. They factored in environmental data to better understand habitat suitability and therefore swordfish distribution, along with data on catch (amount of biomass) and effort (number of hooks) to assess the health of the stock. 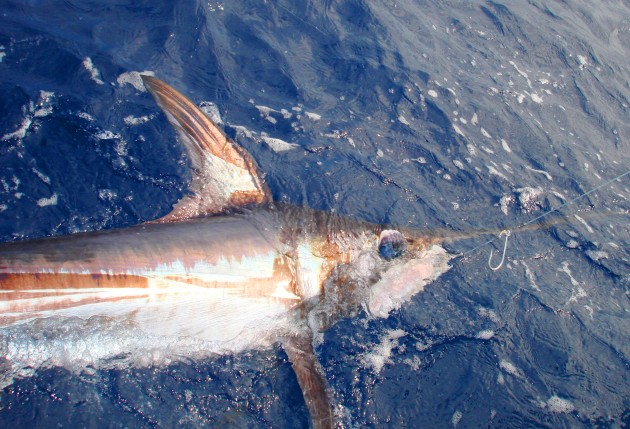 For the North Atlantic swordfish stock, the main fleets targeting the fish as well as providing the data were the U.S., Japan, Canada, Morocco, EU-Spain, and EU-Portugal. ICCAT found this swordfish population to be steady, consistent with the 2013 assessment. While the rate of recovery was slower than expected, the stock has recovered. Even so, the catch level for North Atlantic swordfish is currently below the total allowable catch (TAC), determined by the Commission to be 13,700 metric tons. The assessment indicates that overfishing is not occurring, and the stock is not overfished. This is encouraging news considering the dismal shape of the stock in earlier years.

While ICCAT predicts the North Atlantic swordfish population will likely remain at the sustainable level, the RFMO also acknowledged that future catches around or above 12,900 metric tons would likely result in a decrease in biomass. Considering this note of warning, the U.S. authorization of longlining in Florida’s closed zone is alarming and represents a threat to the stock.

After finalizing assessments of Atlantic swordfish stocks, both north and south, the science and statistics ICCAT recommended two specific management measures to the ICCAT Commission:

TBF remains cautiously optimistic about this report, agreeing with the science that catch should not reach, nor breach, the TAC and should instead remain below 12,900 mt to ensure a healthy stock. It is now up to the ICCAT Commission to consider the recommended science-based conservation measures.

Get up to date information on events, news, and research on a constant basis. Submit your email now to join our exclusive newsletter.
Atlantic Bluefin Tuna Fishery Closes For September

THE QUEST FOR MEDITERRANEAN SWORDFISH OFF FRANCE
Scroll to top