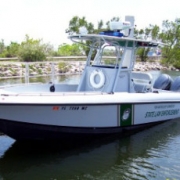 Today, the National Park Service announced its final General Management Plan (GMP) for Biscayne National Park. Despite commitments made by Biscayne National Park officials to work with stakeholders and the state of Florida to explore less restrictive options, the GMP includes a marine reserve, eliminating fishing and severely restricting boating in over 10,000 acres of the park’s most popular and productive marine waters. 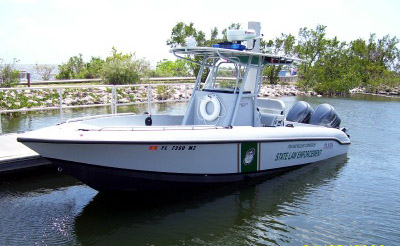 “The recreational boating industry is disheartened by the National Park Service’s decision to implement a marine reserve at Biscayne National Park,” said Nicole Vasilaros, vice president of legal and federal affairs for the National Marine Manufacturers Association. “We understand the importance of protecting our natural resources and the delicate balance needed to ensure that boaters are able to enjoy these public waters. However, the National Park Service has shown little interest in compromise and today’s announcement confirms a lack of desire to include the needs of park users and stakeholders in important decisions such as this.”

For the past several years, a large coalition of partners in the recreational boating and fishing community has submitted comments, attended public meetings and organized discussions with the leadership at the National Park Service in an attempt to balance the critical need for conservation with the need for recreational access to the park’s waters. Numerous fisheries management measures were presented to the National Park Service that would balance resource conservation with maintain public access, including size limits, bag limits, quotas, permits, seasonal closures and gear restrictions.

“Today’s announcement confirms that Biscayne National Park officials never had any real interest in working with stakeholders or the state of Florida to explore compromise plans,” said Mike Leonard, ocean resource policy director for the American Sportfishing Association. “The Florida Fish and Wildlife Conservation Commission, one of the nation’s leading fisheries management agencies, has stated that a marine reserve is far too restrictive, and that other management measures can achieve resource goals while still allowing for public access. The only conclusion that one can draw from this decision is that the public is simply not welcomed at Biscayne National Park.”

“Anglers recognize that the condition of the fisheries resources in Biscayne National Park needs to be addressed, but we also know that once an area is closed, the public will never be allowed back in,” said Jeff Miller, chairman of Coastal Conservation Association Florida’s Government Relations Committee. “These decisions should happen only when clearly supported by science, and when all other management options have failed. By not giving other, less restrictive options a chance, the Park Service has put Florida’s reputation as ‘Fishing Capital of the World’ at stake.”

Get up to date information on events, news, and research on a constant basis. Submit your email now to join our exclusive newsletter.
ANNUAL TAG AND RELEASE COMPETITION RULES AND AWARDS