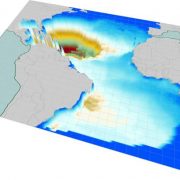 TBF’s Dr. Phil Goodyear, is currently advancing research to use oceanographic data and information recovered from earlier satellite tagging research to predict Atlantic blue marlin distributions in time (month, year, time of day) and space (latitude, longitude and depth).  The methods will be used initially to evaluate climate influences on the ability to infer historical abundances based on longline catch rates for Atlantic blue marlin and swordfish, but may also help forecast the effects of global warming on the future fisheries.
The two images below, with red indicating concentration of blue marlin in the months of July and December, illustrate the contrast in predicted areal abundances based on water temperature and oxygen saturation averages in those months. Future improvements will add such ecological factors as prey availability and primary productivity. These two figures sum the predicted abundances over depths at each latitude and longitude. 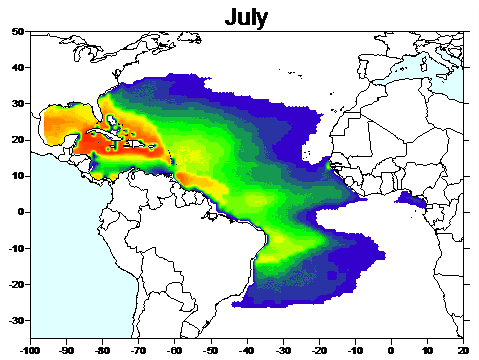 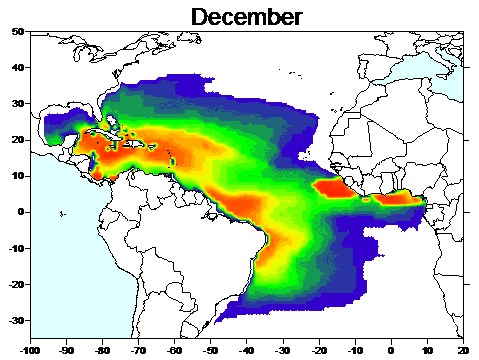 This third figure shows the bottom of the depth contour which contains 99% of the blue marlin habitat during July. 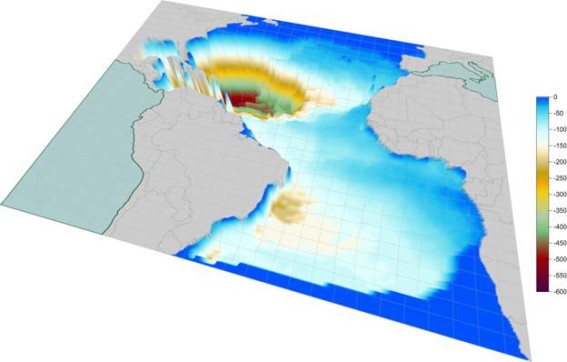 Get up to date information on events, news, and research on a constant basis. Submit your email now to join our exclusive newsletter.
PAXSON “PACKY” OFFIELD – LET’S CONTINUE HIS LEGACY…