PARTICIPATION ON THE RISE 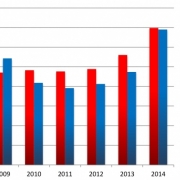 When the US was in the midst of a recession (2007 – 2009), TBF saw a significant reduction in tag and release reports, and it comes as no surprise; the price of fuel was at an all-time high during 2008 as well as many people redirecting their expenditures towards other hobbies. In the years following the start of the recession, TBF saw large fluctuations in the amount of data coming in, but overall, the numbers remained fairly low. Participation from the captains, anglers, and mates who have long supported our mission via the Tag & Release Program began to make a comeback in 2012, and really began to boom in 2014. We are so excited to see cards pouring in from around the world, and also to see so many fishing crews are utilizing the self-entry Tag & Release Online database (www.tagbillfish.org). If you haven’t already done so, please create a profile and test it out for yourself, but don’t get too comfortable because we are in the process of making the data entry even more streamlined. While you’re there generating your personal logbook, you can explore areas where fish have been caught around the world or look up marine weather wherever you plan to take your next trip.

Take a look, the numbers speak for themselves, participation is on the rise. Thanks to all of your efforts, we’re able to translate the valuable data we receive and utilize it to push for sound billfish conservation policy and advocate for angler rights and access. We know you’re going out fishing anyway, and you’re certainly not required to take the time out when things get crazy in the cockpit to tag a fish or write down the information necessary to report your releases. But the fact so many of you do take the time only goes to reinforce what we already know: our collective success can be attributed to this widely dispersed group of anglers, captains and crews, and the fervor and commitment with which specifically the billfish sportfishing community display to ensure a future for the species. We applaud you, and thank you for your continued support of TBF, because of which the 2014 Conservation Report will show numbers higher than the years before, and we hope this is a trend we will continue to enjoy for many years to come. 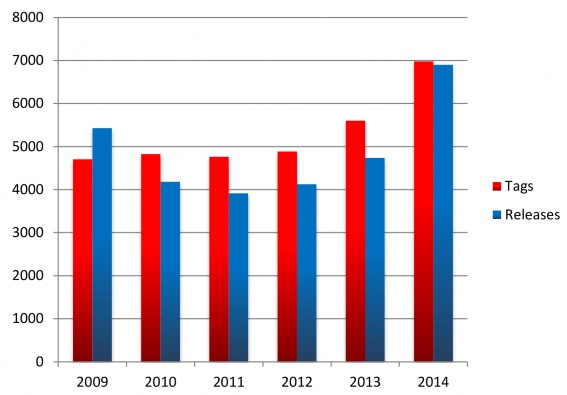 Get up to date information on events, news, and research on a constant basis. Submit your email now to join our exclusive newsletter.
Hemingway’s Havana Nights – TBF’s Annual Fundraising Gala