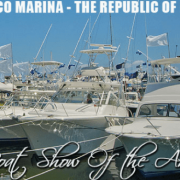 Regrettably, the recent La Presna article dated August 16, 2015 that quotes Ivan Flores, Manager of the Aquatic Resources and Fisheries Authority (ARAP), did not focus on the sustainable use of and positive economic returns to Panama generated from its sportfishing eco-tourism trade, which is predominantly a catch and release fishery for highly migratory fish (marlin, sailfish, tunas).  Instead, the article attempted to justify restraints on the nation’s lucrative sportfishing eco-tourism trade, based on the stated need “to minimize harm it [sportfishing] causes to the marine biology,” without defining or elaborating on what that means – fish, water quality, habitat, flora, etc.

There are several issues not accurately or fairly stated. For one, the release mortality estimates in the cited studies cannot be extrapolated to the recreational fishery as a whole but instead reflect conditions unique to specific situations. When combined with other studies, these results documented the benefits from the use of circle hooks with less than a 5 degree offset. These hooks are widely used in catch and release recreational billfish fisheries to maximize survival, and are now required by anglers fishing in Costa Rica and in the U.S. when using natural baits in tournaments.   It is perhaps noteworthy that the authors of the article did not inform the readers that one study (Jensen et al. 2010) found that temporary closures of Mexico’s EEZ to long-lining from 1977–1980 and 1984–1985 had a rapid effect on local abundance of striped marlin.  The article did not include closing some waters to pelagic longline gear as an option to improve the state of fisheries in Panama.

Panama would lose significant jobs and tax revenues through ill-advised restrictions on sportfishing. A socio-economic survey commissioned by the Secretariat of Science and Technology (SENACYT) and coordinated by The Billfish Foundation documented the positive contribution of the sportfishing eco-tourism trade to Panama. The La Presna article cited this study, reporting that tourist anglers traveling to Panama to sportfish, on average, have incomes of $75,000, as if this were a negative.  They bring $97 million new dollars to the Panamanian economy each year. ARAP would apparently prefer these dollars to be spent in nations other than Panama.  The real issue is per capita value of a recreationally caught and released fish versus the same for one killed and marketed, and the comparison overwhelmingly favors the recreational fishery.

Panama does need to establish a responsible data collection system for each of its highly migratory fisheries, including the sportfishing trade.  The resulting data should be submitted annually to the Intra-American Tuna Commission (IATTC), the international regional management organization for the Eastern Tropical Pacific, and to the International Commission for the Conservation of Atlantic Tunas (ICCAT) for Atlantic species.  ICCAT has cited Panama more than once for failure of some of its commercial vessels to fish consistent with the international organizations conservation requirements. The sportfishing community around the world strongly favors effective monitoring of harvest, science-based fishing regulations and effective enforcement of fisheries laws and regulations.  Well-managed – not artificially restricted – sport fisheries can generate revenues via licenses to provide for scientific management and law enforcement activities.

Lastly, the reference made in the article that a large drop from 72 tons of marlin landed by U.S. anglers in years past was down to 212 fish implied the drop was due to sportfishing-induced high mortality rates.  Not so.  The drop was a voluntary step offered by a U.S. delegation before ICCAT to limit their landings to no more than 250 marlin, white and blue combined, each year. The purpose was to demonstrate the U.S. commitment to billfish conservation, responsible angling and hopefully, to inspire other nations to take some measures to reduce their marlin mortality.   This international measure is in addition to the U.S prohibition of the landing, sale, trade or barter of any Atlantic marlin, spearfish or sailfish caught by U.S. commercial fishing vessels.  The U.S. government recognized years ago that these billfish species are far more valuable to a nation for sportfishing than as dead fish killed for sale.

Hopefully, Panama will take pride in its sportfishing eco-tourism trade and all related businesses and provide responsible government support.  Fishery management no longer is solely about tons of dead fish.  Both commercial and sportfishing fisheries need responsible management for the good of a nation and its dependent businesses.  Sometimes, the management objectives will favor the commercial fishing trade while other resources will be better allocated to the sportfishing eco-tourism trade.  Both industries should be managed fairly and responsibly. To that end, it is critical that equitable representation from the sportfishing eco-tourism trade, the commercial fishing industry and the scientific community be included on each of the Working Groups established by ARAP’s Board of Directors for the purpose of updating the nation’s fishery law. Sportfishing anglers are not preservationists but are responsible users of the fish resources, desiring healthy and sustainable fish populations, and need to be involved in the management process.

Members of the sportfishing eco-tourism trade in Panama should immediately and collectively make their position clear to numerous governmental departments at the highest possible level; otherwise, ill-conceived and counter-productive restraints may soon follow through the amendment of the Fisheries Act. 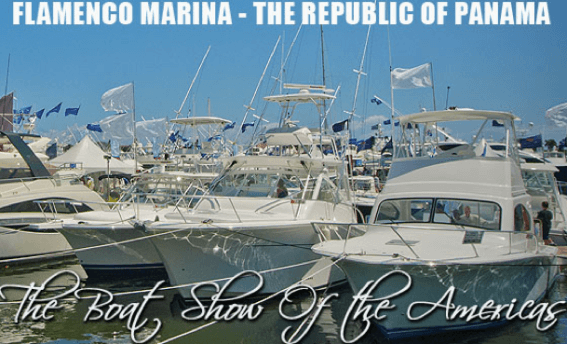 Get up to date information on events, news, and research on a constant basis. Submit your email now to join our exclusive newsletter.
BILLFISH GENETIC SAMPLING WITH VIMS