WHAT IS THE PORT STATE MEASURES AGREEMENT AND WHY DOES IT MATTER?

Seafood is big business. Not only is it an industry that exchanges billions of dollars in trade globally, 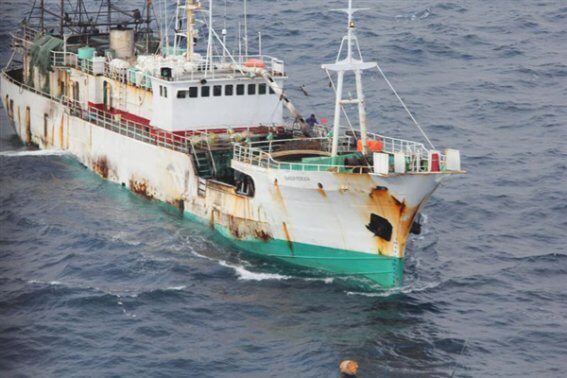 but the sector also trades an abundance of resources that contribute to food security and livelihoods across the world. When there’s money to be made, though, naturally there will be some bad players. Illegal, unreported, and unregulated (IUU) fishing is a shadowy component of global fisheries with its roots in lack of enforcement. It can take the form of fishing in a protected zone, taking more than is allowed, taking protected species, or fishing by one nation in another’s exclusive waters. The United Nations Food & Agriculture Organization (FAO) reports that IUU fishing is responsible for catching up to 26 million tons of fish each year, or a cost of $10-$23 billion.

IUU fishing thrives due to the vastness of the seas and the limited enforcement capabilities of nations. Flag States, the nation to which a vessel is registered, are supposed to be accountable for the responsible fishing of their vessels. However, when a flag State fails to ensure its vessels are being held to international standards or lacks the willingness or funds for supervision, IUU fishing may occur. Illegal catch of some species, such as the Patagonian toothfish (also known as the Chilean Seabass), has reached massive proportions. IUU fishing undermines conservation efforts by every level of fisheries management – from the local fishing community trying to sustain their livelihoods to the international bodies working to put a cap on exploitation.

To combat the opportunities for IUU fishing to take place, the FAO introduced the Agreement on Port State Measures to Prevent, Deter and Eliminate Illegal, Unreported and Unregulated Fishing (PSMA), which was adopted in 2009. Port State refers to the nation to which a port belongs (e.g. the USA for Port of Miami), and the PSMA aims to prevent, deter and eliminate IUU fishing by implementing robust measures in port States, where vessels bring their catch to sell it. The goal is for nations to adopt tight legislation that makes no room for IUU fishing.

Under the PSMA, vessels not flying the flag of the port State who seek to come to port or are already in that nation’s port are subject to providing catch documentation to prove they were not engaged in IUU fishing. Specifically, a port State may deny access to ports, conduct port inspections, prohibit the landing and shipment of the catch, and ultimately lead to detention and sanction against a vessel involved in IUU fishing. The flag State is also given more responsibility of their own vessels, since the PSMA requires the flag State to take actions, at the request of the port State, when vessels flying their flag have been found to engage in IUU fishing.

It is clear why global acceptance is needed to make this agreement successful: if one State denies a suspected IUU vessel access to its port but a nearby State is willing to accept the IUU catch, perhaps for a fee, illegal fishing will continue. However, if there is a concerted effort to deny IUU vessels access to ports and therefore the seafood market, the crime will be squeezed out.

This is an explicit goal of the PSMA: to create a global, coordinated effort against IUU fishing. The agreement encourages information sharing and has developed a record of IUU vessels. Cooperation will be achieved particularly through regional fisheries management organizations (RFMOs), who can assist port States and other member States in harmonizing efforts and implementing their own requirements.

In the Pacific Ocean, where pelagic species such as tuna and billfish abound, the United States Coast Guard works with Australia and New Zealand to conduct inspections of vessels. Such enforcement is enabled through the Western and Central Pacific Fisheries Commission (WCPFC), an RFMO that has adopted stringent IUU regulations and given member States the authority to inspect the documentation of registered vessels.

Some countries have adopted even stricter language than the PSMA calls for, prohibiting trade with any country that does not have port state measures in place. The European Union has refused imports from Chile by citing the PSMA, and IUU fishing of Patagonian toothfish has been significantly reduced with the adoption of PSMA measures in South American countries.

Although IUU fishing is an issue of global scale, shrinking the efforts to focus on ports—where every vessel must eventually take their catch to bring it to market—makes the challenge feel surmountable. Many have high hopes for the PSMA to effectively eradicate IUU fishing, but it will certainly require a coordinated effort worldwide.

Get up to date information on events, news, and research on a constant basis. Submit your email now to join our exclusive newsletter.
BLUEFIN TUNA HARVEST QUOTA CLOSES FOR THE YEAR IN GULF OF MEXICO