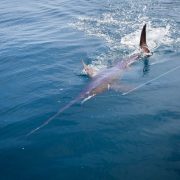 The National Marine Fisheries Service (NMFS) finally announced as “invalid” the Exempted Fishing Permit (EFP) issued last year to a Nova Southeastern University (NSU) scientist granting permission to longline within the 16-year closed conservation zone off the east coast of Florida. The research was halted by the NSU president after The Billfish Foundation (TBF) informed him of potential negative impacts to the university’s reputation.

As TBF reported in January, the same scientist submitted a second EFP application, but only yesterday did the NMFS clarify the application is identical to the first one with the exception that NSU is removed and the name of a corporation established by the NSU scientist in December 2017 is included. The government notice acknowledged the controversial nature of the research and said the research would be discussed at an upcoming Highly Migratory Species Advisory Panel meeting and consultation will be sought from the South Atlantic Fishery Management Council.

The government’s message specifically stated, “obtaining current fishery data from the closed areas can be controversial, difficult, and expensive. NOAA Fisheries intends to work collaboratively with the Highly Migratory Species Advisory Panel, the ICCAT Advisory Committee, commercial and recreational fishing interests, academia, environmental non-governmental organizations, and others on appropriate next steps to improve long-term management of HMS fisheries.” The State of Florida was not listed as an entity with whom they would be consulting. 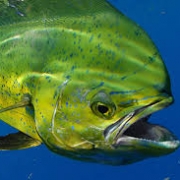 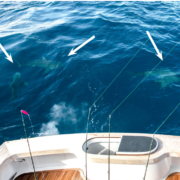 Get up to date information on events, news, and research on a constant basis. Submit your email now to join our exclusive newsletter.
NMFS Releases Dec. 2017 Summary of Bluefin Tuna Landings