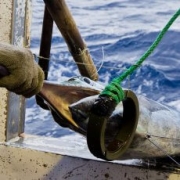 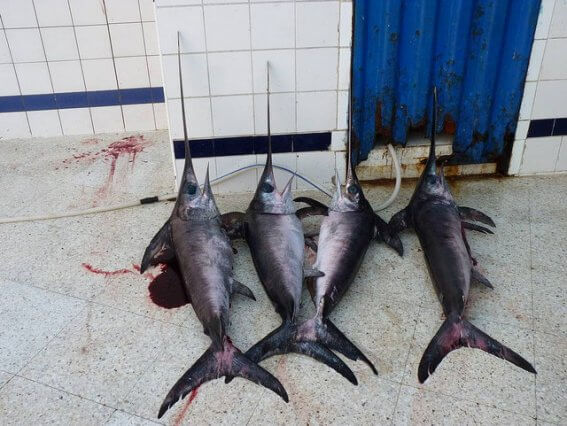 The United Nations Food and Agriculture Organization (FAO) announced Monday that Japan has joined 57 other States in signing on to the Port State Measures Agreement (PSMA).

Entered into force in June of last year, the Agreement is an international effort aimed at eliminating illegal, unreported, and unregulated (IUU) fishing, which is responsible for billions in lost revenue each year. The oceans are vast and difficult to police, and the profit for seafood products can be significant, contributing to the appeal of IUU fishing. This often negates the effects of sustainable management and pilfers the opportunity for local communities to benefit from their resources.

The PSMA aims to shut down such activity by preventing those engaged in IUU fishing from bringing their catch to market. Through the Agreement, documentation is required to confirm the species and legality of the catch that a vessel has onboard and brings to port. If the documents do not add up, the State to which the port belongs (USA for Port of Miami) may refuse the catch. Of course, this is only effective if all nations sign on, or a vessel may simply relocate to another, less stringent, port.

Japan is an important State in the global seafood industry, as seafood is culturally important to the Japanese and contributes to a large portion of their diet. The nation produces on average 4.1 million tons of wild-caught seafood each year, but due to the high rates of consumption, they must also import. Japan is the world’s third largest importer of fish and fishery products, after the European Union and the United States. By being a part of the PSMA, Japan is agreeing to deny IUU fishing, as it pertains to its own vessels as well as imports from other nations.

In regards to billfish, these species are often caught as bycatch in commercial fishing operations – those fish that are not targeted but get caught anyways, often thrown back to the sea dead. This is where unreported fishing can be a problem: billfish are not accounted for in the final reported catch but the populations are indeed being affected. Similarly, unregulated fishing can create a situation of limitless bycatch, putting those non-target species in danger. Illegal fishing can take several forms, including a vessel operating in a closed area, again threatening the species intended to be protected, such as billfish and the corresponding closures in the Gulf of Mexico.

As more nations sign on to the PSMA, it will be harder for IUU fishing to find access to the market, thereby making it unprofitable to engage in. The Billfish Foundation applauds Japan for acceding the PSMA and recognizes the importance for all nations to support an end to illegal, unregulated and unreported fishing.

The United States ratified the Agreement in February 2016. Other recent additions include Albania, Madagascar, Maldives, Mauritania, Montenegro, and Senegal, all of whom acceded the PSMA this year.

Get up to date information on events, news, and research on a constant basis. Submit your email now to join our exclusive newsletter.
CLOSURE ATTEMPTS IN PRIME PANAMANIAN SPORTFISHING AREAS