The 19th Special meeting of the International Commission for the Conservation of Atlantic Tunas (ICCAT) met November 2014 in Genoa, Italy to consider changes in management and conservation measures for Atlantic highly migratory fish. Forty two of the forty nine member nations gathered for another “bluefin tuna” year.

Atlantic bluefin tuna landing quotas for both the western Atlantic and the eastern Atlantic and Mediterranean fish were raised based on recent stock assessments that indicated a continuing increase in abundance. The quota for the western stock increased from 1750 metric tons to 2000 metric tons, and the eastern stock increased by 20% a year for three years. The increases will still allow the stocks to continue growing based on the most recent stock assessments.

Atlantic white marlin and blue marlin were not on the agenda this year, but in the Compliance Committee the United States pointed out that Trinidad and Tobago had significantly exceeded their authorized landing’s limit in their commercial fishery for both species. This violation will generate a Letter of Concern from ICCAT to the government of Trinidad and Tobago. Hopefully anglers in Trinidad and Tobago will bring attention of the excesses in killing marlin to government authorities higher than its fishery minister. Likely the fishing and landings are being made by a distant-water-fishing nation that has permission to fish under the flag and name of Trinidad and Tobago and possibly in the nations waters. Marlin are far too valuable to island nations for sportfishing eco-tourism than to allow distant-water-fishing nations to kill them in the island nation’s name. Such transgressions give tourism in Trinidad and Tobago a bad image; certainly traveling anglers will seek other destinations

The fleets of distant-water-fishing nations have the capability to fish great expanses of water even following fish, whereas most island fishers and anglers do not have such means. The result is that local individuals and businesses lose.

Curacao, another Caribbean island nation, made news by coming on board as an ICCAT member. Its representative shared words of optimism about the nation’s commitment to managing its fishery in the most sustainable manner, fulfilling all rules and applying control mechanism. No mention of the value of sportfishing to the nation was mention, but perhaps anglers and related sportfishing eco-tourism businesses will encourage their government to include a sportfishing delegate on the nation’s ICCAT delegations in the future. Hopefully joining ICCAT is not an indication that the nation has or will enter agreements with distant-water-fishing nations to fish under Curacao’s fly and allow the transgressions of killing excessive numbers of marlin to take place as has occurred under the flag of Trinidad and Tobago.

Fish Aggregation Devices (FADs) received some attention during the meeting with delegations agreeing to establish an ad hoc Working Group on FADs. Each nation is now required to submit an annual Management Plan for the use of FADs if fishing with purse seine gear or from a baitboat for bigeye, yellowfin and skipjack tunas. By 2016 all entangling FADs, which can entangle sharks, turtles and other non-targeted species, must be changed to non-entangling FADs. All nations are encouraged to advance research on the use of FADs. No limits were set. The impact commercial fishing will make on fish stocks by fishing of FADs is a story yet to be fully understood. 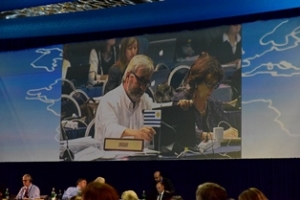 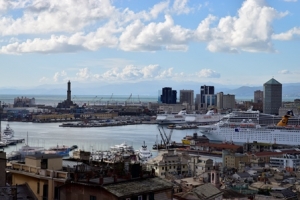 Get up to date information on events, news, and research on a constant basis. Submit your email now to join our exclusive newsletter.
GULF & CARIBBEAN FISHERIES INSTITUTE HOLDS 67TH ANNUAL CONFERENCE