Florida’s Saltwater Industry Back In Business After Irma 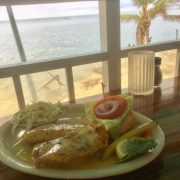 Following the wrath of Hurricane Irma came the destruction: downed trees, debris thrown across roadways, docks uplifted from their posts, boats sunken or tossed on land, and in some cases complete flattening of structures. 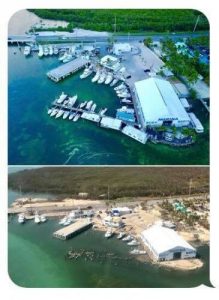 The entire state of Florida felt the massive storm and its aftermath in some way, not least of all the recreational and saltwater industry. Tourism is a strong economic generator for the state, but took a beating during the hurricane. Entertainment parks like Disney World and Miami Seaquarium, water activities like charter fishing and craft rentals, and entire destinations like Key West all shut down in preparation and in the wake of Irma.

Tony DiGiulian, an angler who operates out of Fort Lauderdale, could not work for a handful of days after Irma. The hurricane caused him to have at least five cancelled charters. Due to the stalled business of boats like his, tackle shops, electricians, marinas and other secondary marine businesses were the ones really hurt, DiGiulian said.

In Miami, charter captain Bouncer had his boat stored in the Dusky factory where it stayed safe. While Miami Beach Marina was in good condition, power was out just like everywhere else causing a pause in operations. A week later they were able to get back out fishing, a great feeling he said. 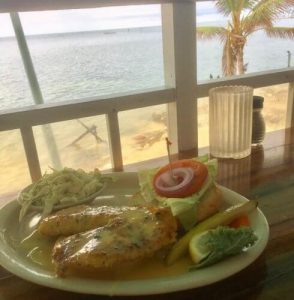 Support the Keys economy by eating lunch at a local restaurant

The Florida Keys were hit particularly hard by Hurricane Irma and suffered significant damage. Once basic needs were met, however, debris was removed and work began on rebuilding docks and retrieving lost lobster pots. Nick Stanczyk operates out of Bud N’ Mary’s Marina in Islamorada, where the docks were completely lost. Rebuilding is underway, however, and new pilings are going in this week. By the end of September the marina announced on Facebook that they were open for business, albeit with limited operations, with a few rooms open, charters available, and the party boat resumed.

As the FWC Commissioner put it, “Keep those fishing trips and vacations on the books if you can. These fishermen and women are ready to work, and need your business now more than ever. We are going to come back stronger than ever, but we need your help.”

Get up to date information on events, news, and research on a constant basis. Submit your email now to join our exclusive newsletter.
ATLANTIC BLUEFIN TUNA GENERAL FISHERY OPEN 4 DAYS BEFORE ANOTHER CLOSURE