A Fishing Mess in Panama 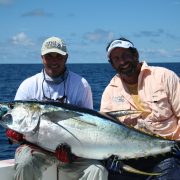 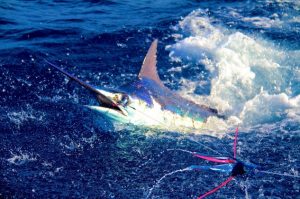 The Coiba National Park and Special Zone of Marine Protection were created by national legislation in 2004 (Law 44) with strong support from international environmental organizations. The legislation provided for an “innovative model of governance” that allowed representatives of environmental organizations to occupy voting seats on a management committee, along with representatives from several governmental departments. Adding to the uniqueness of the model, the environmental organizations pledged impressive sums of money to assure the establishment and implementation of conservation and management programs within the Park and zone would become a functioning reality. No seat on the Committee was designated for representatives of Panama’s sportfishing eco-tourism industry even though the industry generates millions of dollars into the nation’s economy each year. The industry’s economic value was documented in a socio-economic study the government of Panama (SENACYT – Center for Technology & Innovation) contracted with TBF to conduct. The nation’s Institute of Tourism occupies a voting seat on the Directive Committee and on the Commission for Sustainable Fishing in the Zone, but has not supported sportfishing.

Following the legislation came a UNESCO (United Nations Educational, Scientific and Cultural Organization) designation of the Park and Zone as a World Heritage Site in 2005. This came with additional scrutiny that conservation and management plans would be implemented and enforced, the failure of which could result in the status of the site being downgraded.

Communications between UNESCO and the government of Panama over management plans for the Zone dragged on for years. A review of the lengthy documents reflects that Panama does not desire their World Heritage site downgraded, yet government actions have done little to engender confidence that it can manage the sites responsibly. Panama did include a fishery management plan, dated 2013, in its 2017 State of the Conservation Report, Annex 8, to UNESCO. Currently, artisanal boats, industrial vessels and sportfishing boats can fish within some waters of the Site, but environmental organizations prefer no fishing be allowed while the government appears frozen.

Sea Shepherd’s visit drew much attention as they took photos of the rampant commercial fishing they witnessed in the Zone. No doubt those images were shared with UNESCO and sent around the world in hopes of generating international pressure on Panama.

A huge disconnect exists in Panama: on one hand desiring to receive international recognition for “world class” resource within its boundaries, meanwhile taking no apparent action to check commercial fishing. In 2015 the former fisheries manager criticized sportfishing in the local newspaper blaming the industry for “harm to… the marine biology”; TBF countered the allegations in a letter to the Editor. A new manager has been appointed, whether better or not is yet known.

Panama should not enjoy the benefits from a World Heritage Site designation nor should it benefit from the sportfishing eco-tourism trade dollars while allowing unregulated, unenforced and at times illegal fishing to continue in the waters of the Zone and beyond. Panama may be viewed in some international arenas as a progressive nation, yet in fishery management the evidence indicates a state of irresponsibility.

Get up to date information on events, news, and research on a constant basis. Submit your email now to join our exclusive newsletter.
Which Way Will New Head of NMFS Sway On Longline Closed Zone?