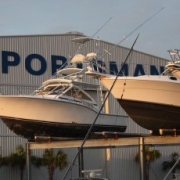 The National Oceanographic and Atmospheric Administration (NOAA) has released the annual edition of Fisheries Economics of the United States for 2011, highlighting the economic impact of both recreational and commercial fishing.  In 2011, 11 million recreational anglers took 70 million saltwater fishing trips and generated $70 billion in sales impacts, $32 billion in value added impacts, and supported over 455,000 jobs nationally.

In 2011, 5.5 million of the 12 million saltwater anglers nationally fished in the Southeast United with 2.3 million anglers fishing in the South Atlantic region and 3.2 million anglers fishing in Gulf of Mexico region. Anglers in the South Atlantic and Gulf of Mexico took 20 million trips and 23 million fishing trips in 2011, respectively. The large importance of the recreational fishing industry in these regions demonstrates the importance of the fisheries and the further need for conservation efforts to ensure that fishing opportunities are available for future generations.

Get up to date information on events, news, and research on a constant basis. Submit your email now to join our exclusive newsletter.
The Billfish Foundation’s Mission