THE QUEST FOR MEDITERRANEAN SWORDFISH OFF FRANCE

In a small coastal town on the French Riviera, fishing is now part of history, romanticized by the thousands of international holiday seekers making new use of the beaches and docks that once served fishermen. Today, yachts far outnumber fishing boats in Saint-Tropez, which became popular with tourists in the 1960s and remains known as a trendy destination. But there is at least one man still bringing beasts up from the depths off southeastern France.

Samuel Urbain is not a commercial fisherman, nor does he keep much of what he catches. Urbain goes fishing for the joy of it, and for conservation. He is currently in the running for one of The Billfish Foundation’s top achievements: tagging the most swordfish of any angler in the Atlantic Ocean. 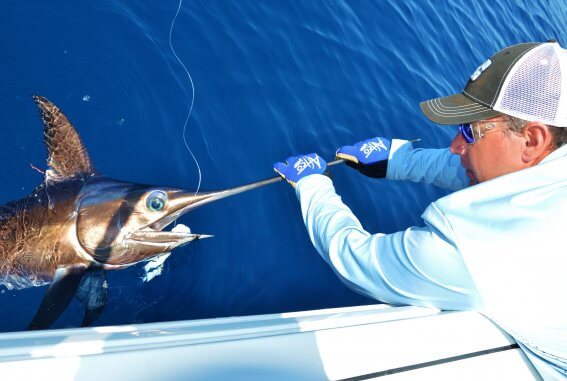 At a young age Urbain was passionate about fishing and set out to research swordfish (Xiphias gladius), a migratory billfish found worldwide, in the Mediterranean Sea. In his home country of France, his quest for swordfish was met with skepticism from local fishermen. All the old fishermen, commercial fishermen, merchants, and local magazines had no information or hints to provide. Urbain said it was as if swordfish were non-existent in their waters, just caught by chance on a rare occasion. He was told there are very few, and mocked for aiming to look for them with one hook in such a massive body of water.

So Urbain began his research at sea, with his father. Despite unsuccessful attempts, the pair did not want to let go of the dream of catching such an iconic gladiator of a fish. It was after dozens of outings that they had their first meeting with a swordfish. It is a moment engraved in their memory, Urbain said, the culmination of their efforts, research, patience and perseverance.

Over time they have adapted and improved their swordfishing technique, to the point where double and triple catches have been had in a day! Urbain says once you have had a taste of swordfishing it becomes an obsessive passion. As they began to catch more they have also begun to tag them. TBF hosts the world’s largest private database for billfish tagging, a wealth of information that is open to the public for research. Tagging provides information such as growth rate, distances traveled, and population densities, all of which are useful in developing conservation policies. 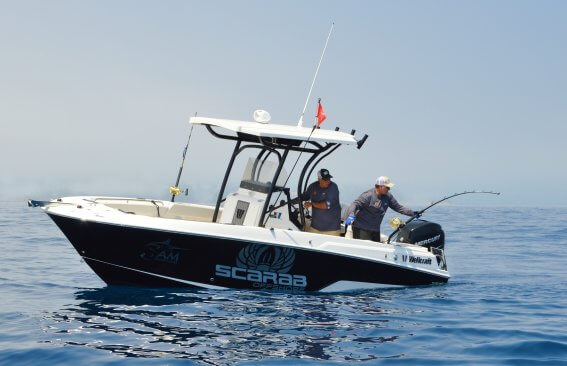 Samuel Urbain and his father swordfishing. 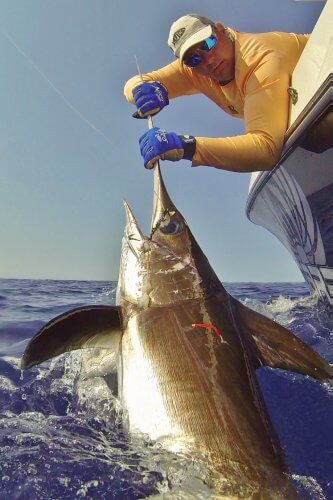 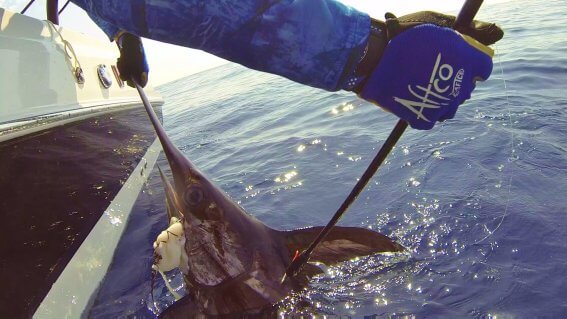 Urbain became familiar with The Billfish Foundation through the international fishing community, magazines and social networks. He says unfortunately the practice of “tag and release” fishing is not common in France, despite the remarkable conservation and research that comes from it.

To Urbain, billfish conservation and research is “important for our future, for the generations that will succeed us. We have to let them have the chance to be able to fish and observe these wonders of nature.”

In 2017, he began to tag and release in the best possible condition all swordfish caught. He is now fighting for this year’s Top Tagging Angler for swordfish in the Atlantic. It is a beautiful thing, he says, to see swordfish return to the depths of the Mediterranean Sea, support small-scale fishers, and help TBF’s mission for the future of sport and recreational fishing.

“I would like every fisherman in the world to be aware of the importance of this and invite them to join us at TBF.”

Get up to date information on events, news, and research on a constant basis. Submit your email now to join our exclusive newsletter.
RECOMMENDATIONS FOR ATLANTIC SWORDFISH VARY BY STOCK