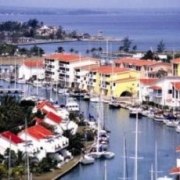 No doubt, as the political debate increases over pros and cons of the United States normalizing relations with Cuba, anglers want to move forward to fish in Cuban waters. While taking your own boat remains ILLEGAL, Americans can book a fishing trip in Cuba so long as the anglers are part of permitted groups fishing within one of 12 authorized categories, but local boats must be used. This past year, permitted American groups fished the Hemingway International Billfish Tournament at the Hemingway International Yacht Club of Cuba, which has 2339 members from 63 countries and has friendly relations with more than 600 yacht clubs. Last year’s 64th Ernest Hemingway International Billfish Tournament (EHIBFT) had 22 teams participate from the United States, Sweden, France, England, Italy, Canada, Mexico, Latvia, Spain, Russia and Cuba, which tagged and released, in four days of fishing, twenty blue marlin and six white marlin. Club members have been tagging and releasing since 1996 and were also taught the importance of using non-offset circle hooks. TBF has 544 tag reports from Cuban anglers and 116 recapture reports. Commodore Escrich says he “looks forward to the day when U.S. anglers can bring their sportfishing vessels to Cuba legally and fish the tournament.”

TBF desires to further tagging research in Cuba and would like to distribute more dart tags to anglers to generate recapture data for inclusion in the stock assessments conducted by the International Commission for the Conservation of Atlantic Tunas (ICCAT.) Just recently, the Chairman of ICCAT‘s Enhanced Research Program for Billfish, Dr. David Die, from Miami, visited Cuba to discuss possible billfish research options. Other fish scientists are eager to further billfish research with Cuban scientists and universities. Deploying 10 to 15 satellite tags on marlin within a few days would provide greater insight into the movement trajectories and the vertical use of the marine habitat by billfish around Cuba. Tagging is just one method for collecting scientific data, but many other fisheries research collaborations will likely be presented soon to Cuban scientists.

The close proximity of the U.S. and Cuba to one another, as well as the Bahamas, essentially means we share a large marine ecosystem in the management and conservation of highly migratory marlin and tuna. These fish enter, exit and cross national and international boundaries with no regard for political lines or any governmental measures. Harmonizing management and conservation strategies, or at least making them compatible between the three nations, could help improve the status of the species and fishing.

A quick search on the internet reflects Cuba has charter boats available for a variety of sportfishing, including fishing for marlin, bonefish and tarpon. As stated earlier, the Club’s successful 2014 tounrament indicates marlin fishing can be good. However, with the nation’s longline boats continuing to fish the local waters, billfish abundance could be scarce at times.

While the Cuban government does not yet recognize the economic benefits that can flow from a sportfishing eco-tourism trade for billfish, a study documenting the potential could prove very persuasive in getting some future protections for billfish. The economic positives would outweigh the economic returns from longline vessels. A live released marlin can draw lots of tourists, which is compatible with sustaining marine resources and generating economic growth. TBF has shared with Commodore Escrich it’s earlier commissioned socio-economic studies for billfishing in Mexico, Costa Rica, Panama and the survey in Colombia. Tourism projections for Cuba indicate very high numbers, some of which will be billfish anglers willing to spend money for the opportunity to tag and release a large marlin.

The Cuban commercial fishing industry remains dynamic after transitions from the days of Russian support through cheap fuel for distant-water longline, purse seine and trawler fleets. But in the early 1990,s when the Soviet Union fell apart, support ended, which prompted the Cuban government to reorganize its commercial fishing industry. The initial efforts proved inefficient, but the next attempt remains in place today and decentralizes much of the day to day operations to fishing industry associations. With the economic restraints under which Cuba now operates, the primary value of fish, including billfish, remains as a consumable commodity sold in markets. Until the potential economic benefits are identified that can flow from sportfishing eco-tourism in a primarily catch and release fishery, the conservation of billfish may be viewed at this time by the government as a conservation luxury they cannot afford.

It is speculated that the growth in tourism to Cuba from the U.S. will be huge, which raises the question whether the nation’s infrastructure, especially for visiting boats, is capable of handling the surge. A delegation including NMMA (National Marine Manufacturers Association) officials completed two trips to Cuba last year, during which “we were able to assess some of the existing infrastructure and establish some key contacts that we hope will be of value to our members. When the time is appropriate, we will work to prepare the recreational boating industry for any opportunities that may arise,” says Julie Balzano of NMMA. As reported, in a January 2015 issue of Soundings Trade Only Today, Daily News for Marine Professionals, by Richard Graves and Associates, marina consultants, “Although there are only 15 marinas with 789 slips, there are plans to add 23 more marinas with more than 5,000 slips.” Earlier in the same publication it was reported that Bill Lane of Caterpillar, Inc. had said to the Wall Street Journal that “Cuba needs everything we make in the United States,” and he added that “the company hopes to soon install a dealership in Cuba that can sell agricultural, construction and mining equipment.” Hopefully marine services will become available before long.

When the “gates open”, we want U.S. boaters and anglers to be prepared to meet legal requirements for bringing their own boat into Cuban waters. In addition boat owners will need knowledge of secure dockage, fishing licenses, fuel, vessel permits if needed, as well as an understanding of whether their vessel insurance will remain in place while there. Being prepared will make for a positive and efficient boating and angling experience in Cuba one day. TBF will continue to share information with our members as the Cuban sportfishing eco-tourism evolution grows. To learn more about obtaining a permit to travel to Cuba: https://licensing.ofac.treas.gov/Apply/Introduction.aspx. 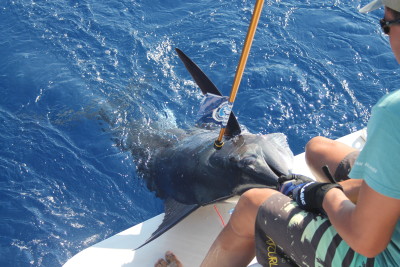 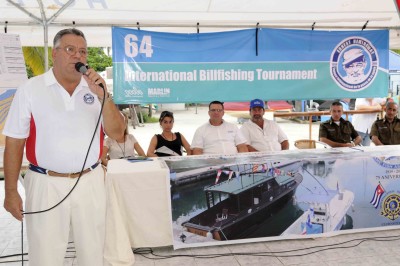 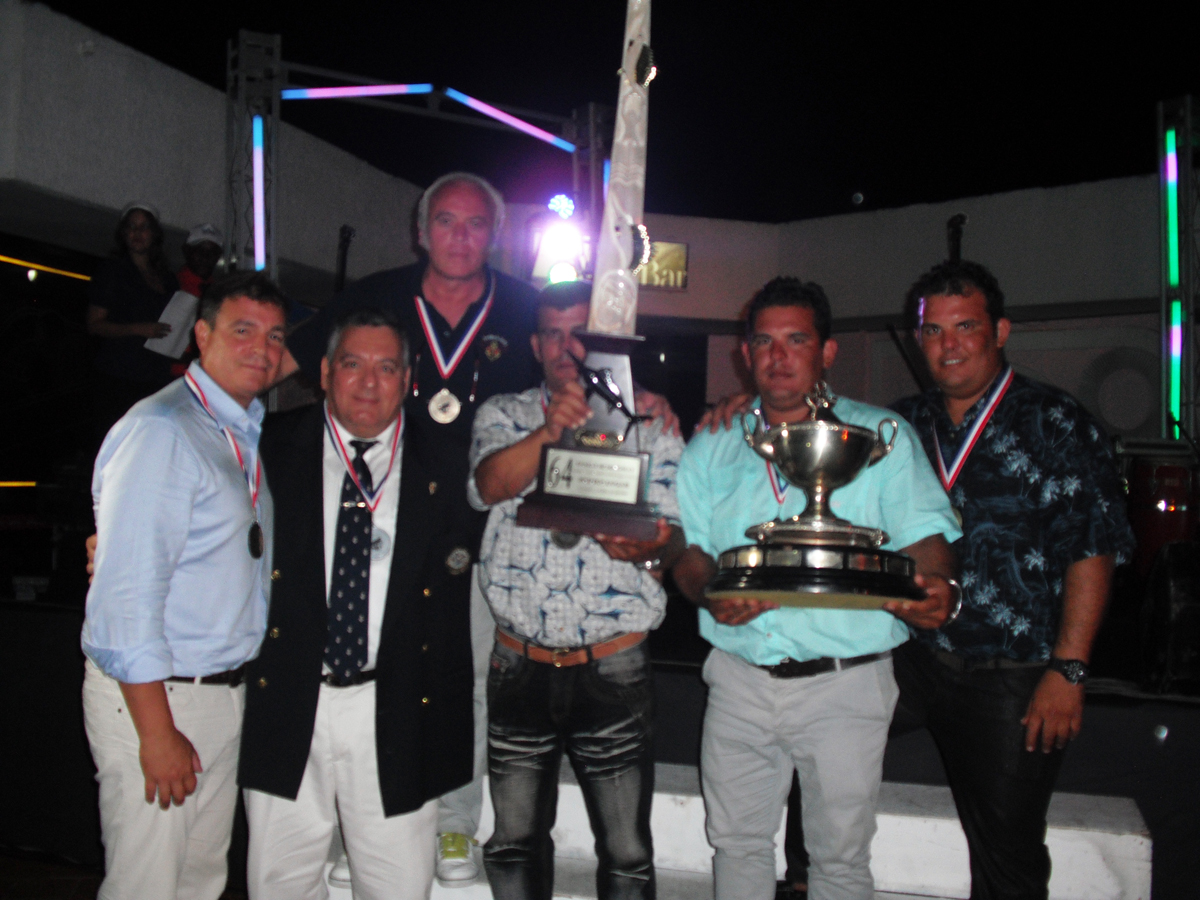 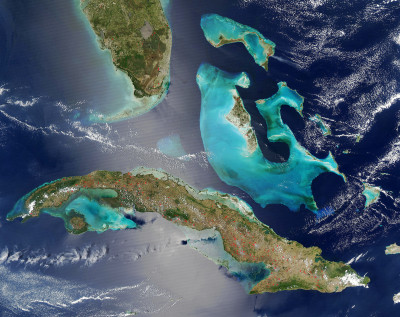 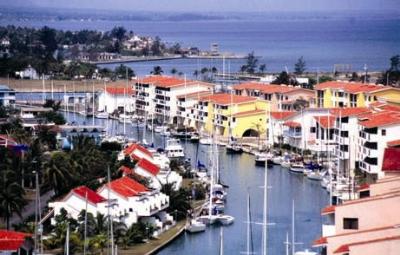 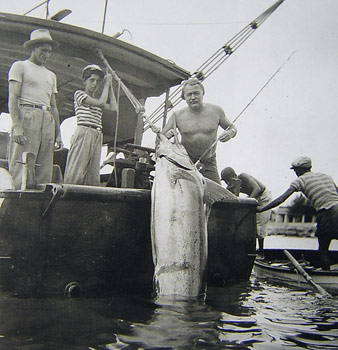 Get up to date information on events, news, and research on a constant basis. Submit your email now to join our exclusive newsletter.
CAPTAIN’S TIPS