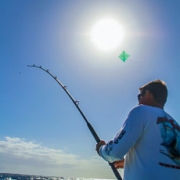 There are two approaches to rigging kite baits that both have their positives and negatives making the choice ultimately up to each boat.

The “traditional” or “back rig” way to rig a kite bait was with a rubber band through the back or “shoulder” of the bait holding the hook in an upright position on the back of the bait.  This type of rigging minimizes the chances of the hook doubling back into the bait and optimizes the exposure of the hook while feeding the fish.  This style of rigging also makes if easier for the angler to keep the bait in the water during windy conditions.

The issue that many crews run into with this style of rigging is proper presentation of the bait while fighting a fish.  The back rig creates a plainer-like action with the bait and anglers are constantly pulling the bait out of the kite clip.  The angler now has to clear that line which minimizes additional hookups as well as fishing time.

To combat that problem, crews have switched from the “traditional” style of rigging to what is called “nose” rigging.  Here, the hook is kept on the nose of the bait by threading the rubber band through the hard part of the nose.  Many captains believe that constant movement creates more bites.  “Nose” rigging allows the bait to be pulled in a natural way while moving.  This is extremely helpful while maneuvering on a fish because this style of rigging allows the angler to keep their bait under the kite with ease no matter how short or long the fight goes on.

As good as “nose” rigging sounds, there are many captains that refuse to rig baits that way. One reason is the chances of the hook doubling back into the bait increases tremendously, which guarantees that the angler will miss the fish when the bait gets bit.  Another issue many anglers have is the difficulty of keeping the bait in the water during rough sea conditions.  Crews are forced to use heavier weights to keep the bait in position for a bite and without a perfected feeding technique, the heavy lead can hit the fish and scare off before it eats the bait.

Which style of rigging do you use? Whatever approach you use we’d love to hear why and in what condition you use them in (recreationally and/or for tournaments). 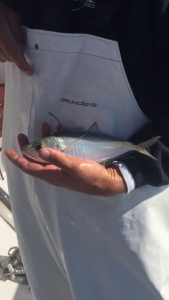 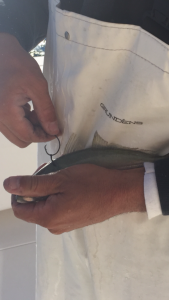 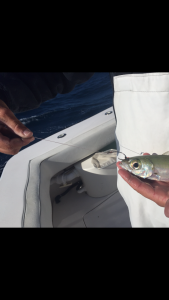 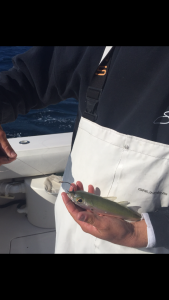 Get up to date information on events, news, and research on a constant basis. Submit your email now to join our exclusive newsletter.
FAMILY FUN FEST