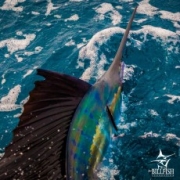 We are asking some of the top captains in the world for some of their tricks/tips, and this month, Capt. Chris Sheeder from Casa Vieja Lodge, a Tag & Release Program Sponsor, will talk about hooking up multiples… 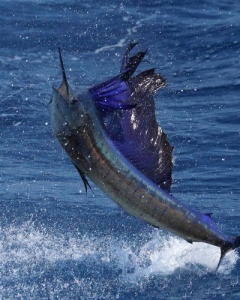 There are only a handful of captains that can say they have more than a thousand billfish releases under their belt. For a captain to even come close to reaching those kind of numbers takes certain combination of effort from the crew, great fishing conditions, and a skilled captain to bring them all together. This means making the most of every fish that comes into your spread and always being ready for the next one to show up. At Casa Vieja Lodge, Captain Chris Sheeder (2014 Top Overall Tagging Captain, Top Tagging Captain Pacific Sailfish) has released an amazing 20,000 plus billfish (with more than 5,000 caught on fly! Chris was nice enough to share with our readers some of his tips for hooking and more importantly, releasing multiple fish.

Sheeder, like most captains will tell you, “the best time to be fishing for doubles, triples or quads is when you have one on!” Often times when a billfish shows up in your spread, it’s not alone and perhaps the best teaser you can have in your spread is another billfish. After the first fish is hooked, Sheeder then turns the boat in the direction of whatever side the fish is hooked on and brings in the other teasers. Many captains have a preference for electric teaser reels because of the ability to preset the position of your teasers. With just a push of a button, a captain can bring in the teasers while keeping both hands free to drive and not have a tangled mess of fishing line to get snagged on. After teasers are cleared, Sheeder will pitch baits on the side the boat is circling toward to avoid tangles and try to raise a second, third or fourth fish in large circles until the fish stop biting. 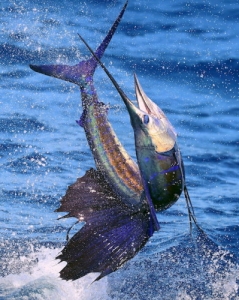 Once multiple fish have been hooked up and the bite shuts off, boat-handling skills are really put to the test and a captain then must prioritize which fish to pursue first. Sheeder does this by thinking of the hooked fish “as a line of fish” and chases them down one by one, “going from the closest fish to the farthest, keeping them all in a line for ease.” Of course, during a fight fish change directions and their position in relation to the boat is constantly changing. However, a hooked fish racing toward the bow can be easily managed with some quick boat maneuvering. “If one gets towards the bow as you are backing up, that one now becomes the first one in the line and starting fish. Always go to the closest fish first, until one happens to get towards your bow and then that becomes priority. If a second fish gets up in front of the bow, just be aggressive toward the first and then drive forward to the second while you throw a bait or whatever in the water. Driving forward to the hook fish as much as possible also allows you to fish as much as possible.”

Tournament winning boats not only have the skill to turn a single bite into a double, triple or quad, but a sound game plan for making sure they release every fish they hook. Hooking multiple fish is always on the mind of anglers, but when the chaos of triple header unfolds a captain needs a proven plan of attack. t is the Think of how many times during a tournament you hear a last minute double or triple come across the radio; it can come down to just that one extra fish. As Sheeder will tell you, “remember; always fish as much as you can while you have one on.” 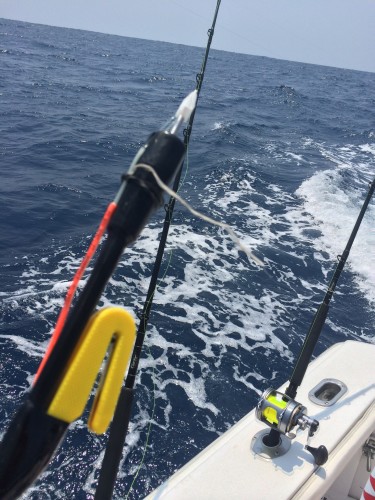 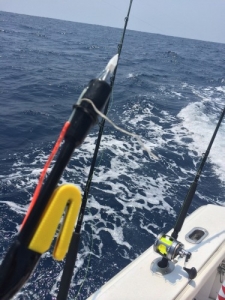 As an extra precaution to secure a tag on the tag applicator, most crews wrap a rubber band around the tag to keep it snug against the tag stopper. Loading a new tag on the applicator can be tricky though once the rubber band gets wet and difficult to grip. The crews down at Casa Vieja Lodge have come up with the simple solution of tying a piece of floss around the rubber band. Simply wrap the floss around the band with a few half hitches and and leave a short thread of floss that can easily be gripped to slide a new tag under the rubber band. This easy fix only takes seconds, but will save valuable time, especially when releasing multiple fish! 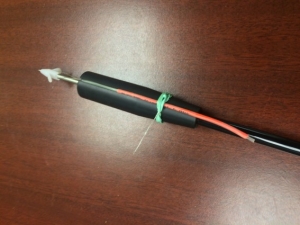 Get up to date information on events, news, and research on a constant basis. Submit your email now to join our exclusive newsletter.
NOAA Unveils the First National Saltwater Recreational Fishing Policy