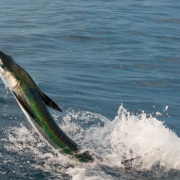 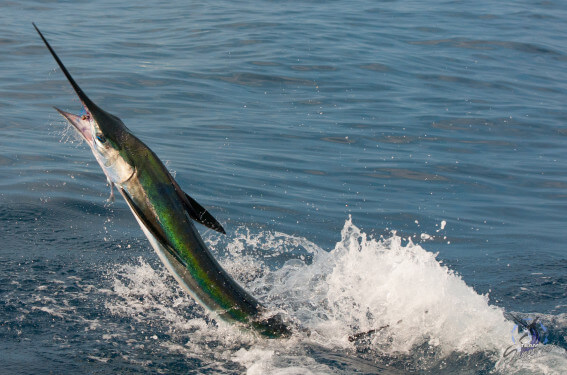 Despite the popularity with anglers worldwide and the research investments made by The Billfish Foundation since 1986, still a lot of biological information is not known about marlin, sailfish, and spearfish, making their management and conservation challenging. Billfish tagged by anglers and scientists has revealed a lot about the fishes’ movements and growth rates, but documenting the number of populations of each billfish species that exists in each ocean is unknown. A population is “… a group of fish of the same species that are alive in a defined area at a given time” (Wooten 1990).  Nor does data exist to quantify the mixing between populations – i.e. eastern and western Atlantic bluefin tuna.

TBF welcomes opportunities to collaborate with research institutions to help further close science gaps.  Currently TBF staff members are working with (PhD candidate, Nadya Mamoozadeh, at the Virginia Institute of Marine Science (VIMS) (Gloucester Point, VA), the graduate school in marine science for the College of William & Mary.  Nadya’s research focuses on the population structure of white marlin (Kajikia albida) in the Atlantic Ocean and striped marlin (K.audax) in the Indo-Pacific Ocean.  Tissue samples from each of these species are being collected from throughout their distributional ranges, with special emphasis on samples taken from spawning grounds. Inferences gained from the samples’ genetic results, when compared with tagging data, will provide a more comprehensive picture of each species’ population structure. The data is also important for helping to understand which of these species populations are accessed by a particular fishery in a given space and time.  This can be helpful in preventing unintentional overfishing of one population compared to another.

TBF’s global network of anglers, captains and mates can help in collecting these needed tissue samples after receiving a sample kit from either Nadya at nrmamoozadeh@vims.edu or Peter Chaibongsai at perter_chaibongsai@billfish.org.   When a hooked fish is brought alongside the boat, a small piece the fish’s fin should be clipped and placed in the sampling kits tube that contains a preservative.  Tagging the same fish would also be helpful for if recaptured additional data can be shared with the researcher. The sample kits with tissue should be held until the end of the season, when they are to be shipped to Nadya, free of charge. Shipping instructions will be included with the kits. 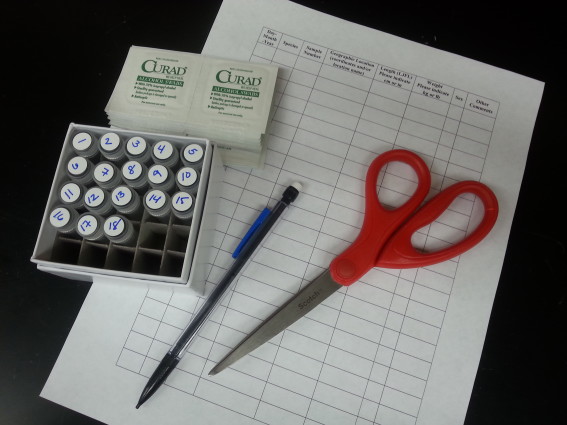 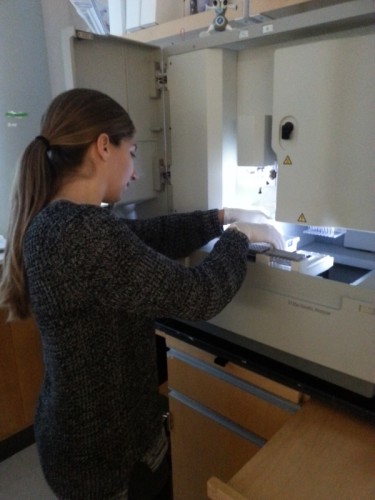 Get up to date information on events, news, and research on a constant basis. Submit your email now to join our exclusive newsletter.
TAG & RELEASE COMPETITION UPDATE 8/25/15