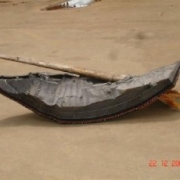 Rostrum: a funny word used by scientists to describe the “upper jaw prolonged into a long stout spear with round cross-section.” To anglers, it’s known as a bill and is what makes marlin, sailfish (Istiophorids) and swordfish such incredible creatures. Fossil records date the first signs of an elongated upper jaw in fish to more than 20 million years ago. The evolution of the bill clearly gave the species a great advantage in catching prey and has led them to be the extremely effective hunters they are today. How exactly the bill is used varies by the species and this unique adaptation has also gotten a few billfish stuck in some curious situations.

Witnessing a bait ball being consumed by a pack of ravenous sailfish is one of the most spectacular scenes in the natural world. Pitching up their sails to corral their prey, lighting up in iridescent colors, they take their turns picking off baits with the accuracy of a heat guided missile. Recent studies conducted off of Isla Mujeres, Mexico, have documented the feeding patterns of Atlantic sailfish preying on schools of sardines to reveal some amazing insights. Researchers concluded that sailfish display a series of actions as part of a distinct feeding pattern. This predation first begins with what is referred to as ‘slashing’, as the sailfish initially approaches the school and thrashes its bill into the fish to stun or kill the bait. This is then followed by the sailfish re-approaching the school, honing in on a dead or weakened bait (known as imminent contact), followed immediately by prey contact,  and ‘handling’ of the prey when the sail uses its bill to direct the sardine towards its mouth. The study also recorded sailfish bills slashing bait at some of the highest lateral accelerations of any aquatic vertebrate. Using their dorsal fins for stability, sailfish thrash their heads with such force that they are capable of accelerating their bills underwater at the same rate a person swings a baseball bat through the air! The slashing of the bill happens so rapidly and violently that the sardines have no way to avoid being attacked.

The term slashing is perhaps best associated with swordfish, which wield a real weapon on their business end. Compared to marlin or sailfish, a swordfish bill is flatter, broader (hence the common name, broadbill) and are much longer in proportion to the length of the fish. These amazing animals certainly do not fail to meet up to their scientific name, Xiphias gladius, for most prey found in their stomachs have large gashes or strike marks from the swordfish’s bill slashing, impaling and stunning it’s prey.While the term ‘slashing’ evokes thoughts of chaos and calamity, the reality is that sailfish actually exhibit great exactitude and preference towards singling out an individual prey item. In the same study off Isla Mujeres, high speed cameras revealed that once sailfish honed in on an individual prey, they were able to penetrate the bait ball and pick off a single fish so quickly that their bills go undetected by the rest of the fish! Billfish scientists hypothesize that targeting individual fish may be the preferred strategy because it is more energy efficient than slashing, which can require twice the time and effort. Striped marlin in particular are known for demonstrating this behavior. However, the efficient use of their bill is only possible because of rough sandpaper like protrusions on the bill known as denticles.

Considering the speeds that a sailfish bill can reach, one has to imagine how much raw power must be behind bigger species like blue marlin or swordfish. There are numerous black and white pictures of bills sticking out of wooden boats, which still happens occasionally today in fiberglass sportfishers. There have also been many instances where marlin and sailfish have been caught with a broken or deformed bill, which may indicate they still can effectively catch prey without their bills. Catching small dolphin with bill marks and seeing tuna leaping into the air trying to escape is further evidence that big marlin attack with tremendous brute force. Unfortunately for a few billfish, this approach has gotten them into some trouble.  In March of 2014, one blue marlin made headlines by striking an oil pipe off Angola. The marlin struck with such force it was able to penetrate the heavy, thick outer rubber of the pipe, causing the temporary stoppage of oil production and financial losses in the hundreds of millions of dollars. Interestingly, this is not the first time that a billfish in Angolan waters has caused problems for oil producers. In another incident a swordfish became lodged in the structure of an oil rig. Oil production had to stop and deep water submersibles were used to remove the swordfish from the structure and it swam away in good health. Perhaps most well-known is the instance of the swordfish that “attacked and rammed” another deep water submersible, ALVIN, in 1967. During a dive off Florida, a swordfish became lodged in the sub shortly after it reached the bottom at 2,000 feet. The 196 lb. swordfish struck with such force and caused enough damage that it even created a leak in the sub! The sub and its operators made it through the ordeal safely, while the swordfish however, ended up as dinner for the crew.

Swordfish are ferocious predators, but it seems doubtful that one would “attack” a giant submersible and see it as a potential meal. Like the other billfish who got their bills stuck, chances are good that the fish were pursuing prey, which took to man-made structures for cover. Just like when caught on a hook, a big appetite, speed and a bill got these fish into trouble! The distinctive morphology and evolution of billfish is what makes them amazing predators. The evolution of a pointy spear on the front of a fierce, hard fighting creature is another reason they are so revered and respected by anglers! 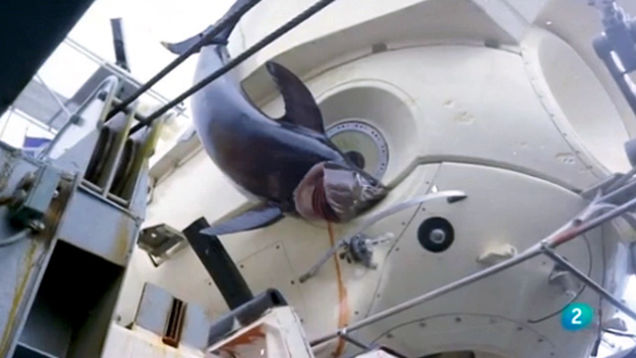 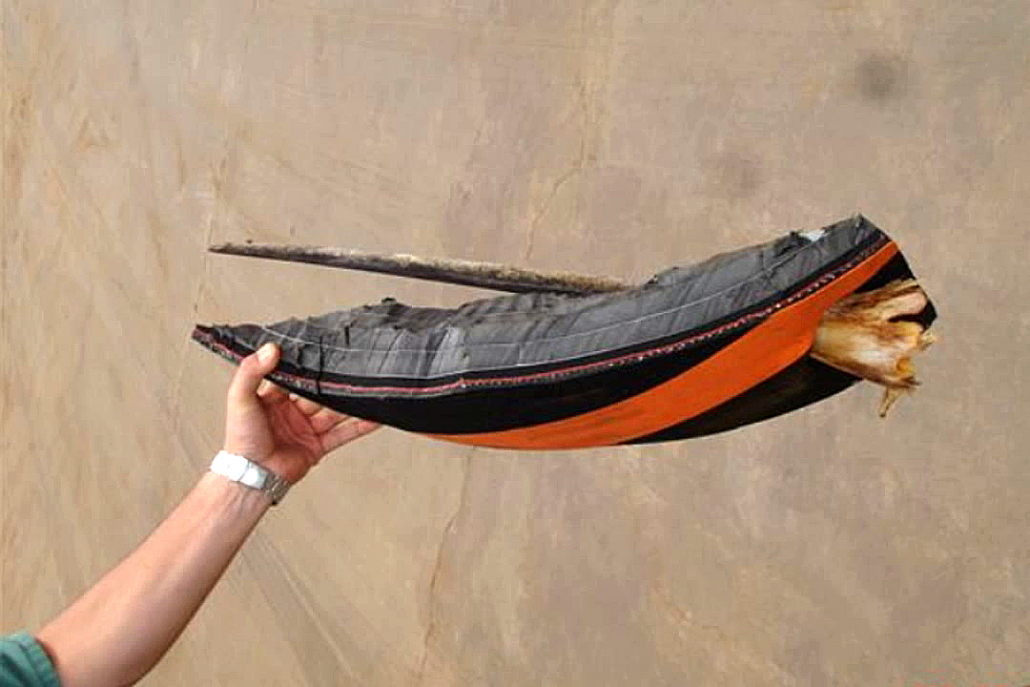 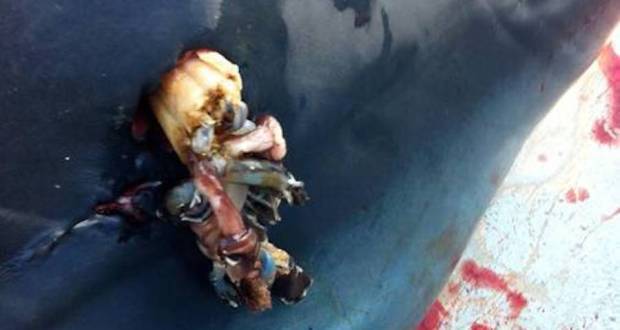 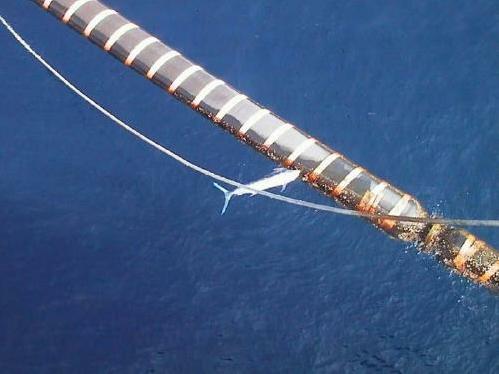 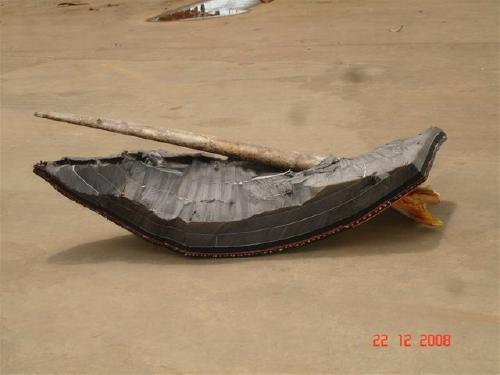 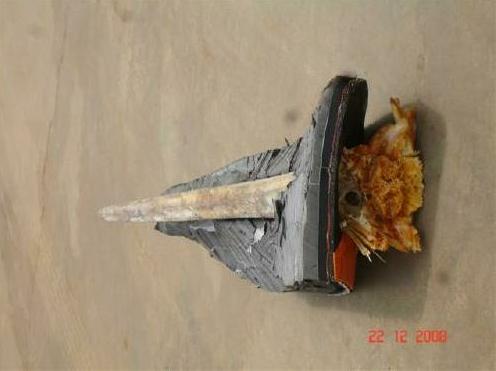 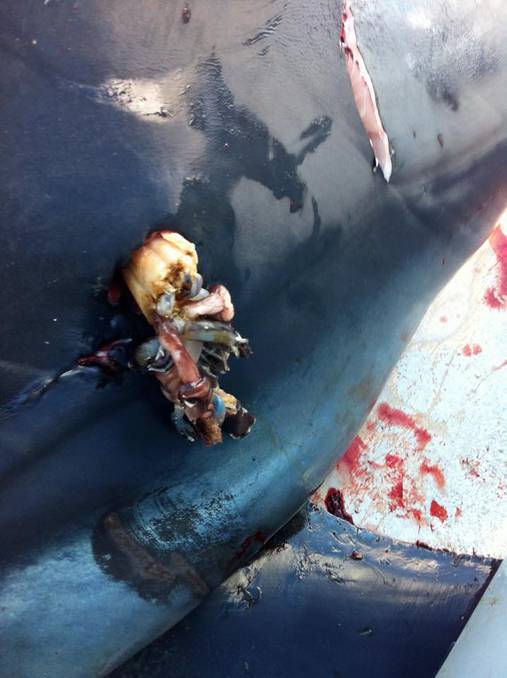 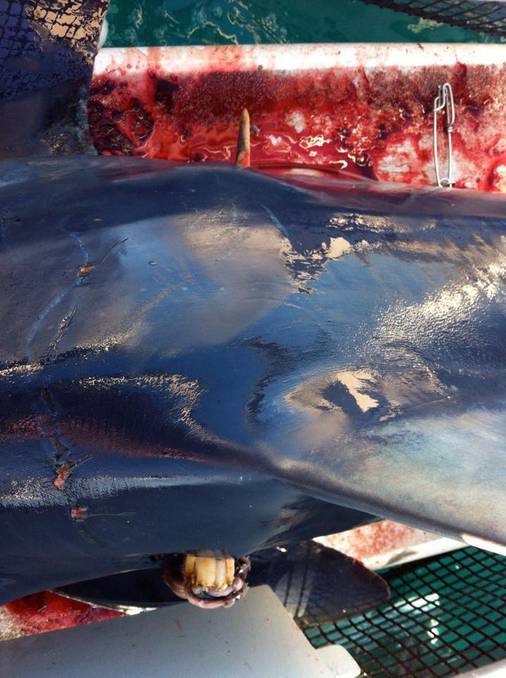 Get up to date information on events, news, and research on a constant basis. Submit your email now to join our exclusive newsletter.
OFFSHORE WORLD CHAMPIONSHIP PARTNERS WITH TBF