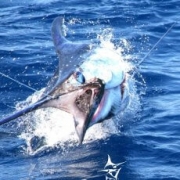 On May 18, the U.S. Senate Committee on Commerce, Science, and Transportation advanced Section 396, an amendment to the 2012 Billfish Conservation Act. The bill, initially introduced in February by U.S. Senators Bill Nelson (D-Fla.), Marco Rubio (R-Fla.), Joe Manchin (D-W.Va.) and Jerry Moran (R-Kan.), was passed favorably without amendment during an executive session.

Section 396 adds that billfish caught in Hawaii, American Samoa, Guam and the Northern Mariana Islands are not to be sold or transported to the U.S. mainland.

The Billfish Foundation applauds continuing efforts made by the Senate to eliminate the sale of Pacific billfish to the continental United States.  However, concerns still exist whether fish caught in Hawaii can continue be sold to other nations, as this would significantly diminish the bill’s impact on billfish conservation.

Get up to date information on events, news, and research on a constant basis. Submit your email now to join our exclusive newsletter.
JAPAN SIGNS PORT STATE MEASURES AGREEMENT IN FIGHT AGAINST IUU FISHING