A Great Man Will Be Missed 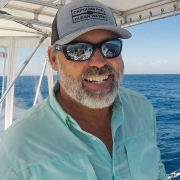 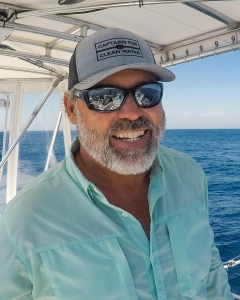 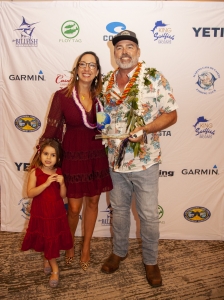 Captain Chris and his wife, Elisa, at the 2020 Tag & Release Awards Ceremony

Captain Chris Sheeder grew up in Hawaii where the offshore fishing bug bit him hard at age 11 during his first trip, a treat for making good grades. He was recently described in InTheBite magazine as “a man whose humility and selflessness belies the fact that he’s caught over 35,000 billfish and refined many of the most common techniques used in the sport today, including many of today’s bluewater fly fishing techniques.” After fishing in Hawaii, he fished for Midway Sportfishing on Midway Island where he worked for five years inshore and offshore and began fly fishing for marlin. Costa Rica was his next fishing destination, but after getting together with Tim Choate, who was opening Fins and Feathers lodge in Guatemala, Chris signed a six-month contract with him. His professional success in Guatemala became known worldwide and lasted for 18 years while working for Choate, Jim Turner, and Kristen and David Salazar at Casa Vieja Lodge.  Chris has reported his best offshore day was when he released two marlin, which he believed were granders, when compared to the biggest fish he had previously weighed, a 927-pound blue marlin. Chris’ skills are not limited to fishing, he is an exceptional photographer of action billfish moments as shown in many sportfishing magazines.

Captain Chris Sheeder was beloved and respected by all who had the privilege to fish with him. An icon in billfishing, his loss will be felt forever. Our sincere condolences to his wife, Elisa, brother Mike, parents, and all who knew and loved him.

Get up to date information on events, news, and research on a constant basis. Submit your email now to join our exclusive newsletter.
TBF’s Top Contributions of 2020