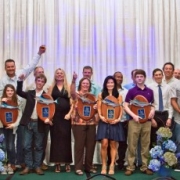 The tag and release reports are in and the results have finally been tallied. This year was truly a record year for billfish anglers and for TBF’s Tag & Release Program. Below are some of the top anglers and captains from across the world at the apex of this amazing sport. Congratulations to all the winners and we hope to see everyone at our awards ceremony on Friday, February 13 in the Treetop Ballroom at Jungle Island during the 2015 Miami International Boat Show. See below for more information. Winners are asked to RSVP for the event by Monday January 12. 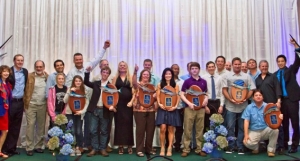 Every year, The Billfish Foundation (TBF) recognizes the captains, mates and anglers (including youth and ladies) who tag and release the most billfish in each of the world’s oceans. The competition is categorized by billfish species, ocean, and whether the fish were tagged or released untagged.  Award winners are recognized at TBF’s Annual Tag & Release Awards Ceremony held during the Miami International Boat Show presented by the TBF’s 2014 Tag and Release Sponsors: Bisbee’s Fish and Wildlife Conservation Fund, Casa Vieja Lodge, Costa Sunglasses, PELAGIC, King Sailfish Mounts and SIMRAD.

The Billfish Foundation’s Annual Tag and Release Ceremony will be held Friday, February 13, 2015, in the Treetop Ballroom at Jungle Island. The evening will kick off at 6:30 PM with cocktails followed by the award presentation and dinner. Proceeds benefit TBF’s tag and release program. Get your tickets for the 2015 Tag & Release Award Ceremony here.

Please note that for all anglers, captains and mates to receive their awards they must be current TBF members. You can join or renew your memberships online.

Get up to date information on events, news, and research on a constant basis. Submit your email now to join our exclusive newsletter.
COSTA/TBF RELEASE REPORT CHALLENGE