Honoring Jack Duvall, Chairman of The Billfish Foundation’s Board of Directors 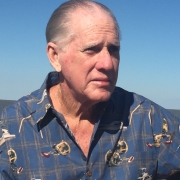 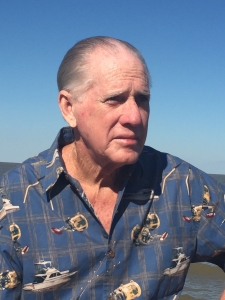 With sadness and pride The Billfish Foundation (TBF) honors the late John “Jack” P. Duvall, Chairman of its Board of Directors for the second time, who passed away recently.  Jack, from Kemah, Texas, joined TBF’s Board on November 1, 2011 after having been an active TBF Chairman’s Club member for years.  Jack is survived by his son, John P. Duvall, Jr., who we thank for his service to our nation as a career Marine Officer. 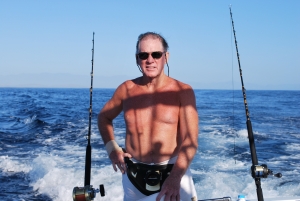 Jack and his late wife, Pam, fished together from East Cape, Mexico for over 35 years, making friends and releasing marlin, especially striped marlin.  Jack owned the Listo, a 35 foot Cabo Sportfisher, which was kept in Cabo, as part of the Picante Sportfishing fleet, and also a 57-foot Viking kept on the east coast. In the Atlantic Ocean, Jack and Pam fished from the Bimini Big Game Fishing Club and Club Nautico in Puerto Rico creating long term friendships with Burt Moss, Agie Vicente and many others. Jack’s goal was to catch and release 10,000 billfish in his life and from what he reported to TBF, he was well on his way. 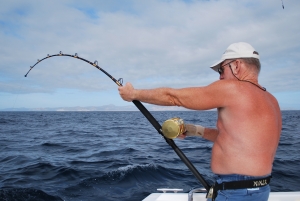 In 2008, TBF profiled Jack in Billfish, when he was a Chairman’s Club member who demonstrated a strong commitment to furthering the catch and release ethic. His strong commitment to helping further billfish conservation and responsible fishing was such that in the article he shared he had included TBF in his will, calling on others to follow his example. He said at the time, “I had spent a great deal of my life chasing billfish and would like to ensure that future generations have the same opportunity. Accordingly, I instructed my attorney to add a generous gift to The Billfish Foundation as part of my estate planning.”

To honor Jack’s sportfishing legacy and commitment to TBF, its annual award for Top Tagging Angler Pacific Striped Marlin has been renamed the John “Jack” P. Duvall Memorial Award for the Top Tagging Angler for Pacific Striped Marlin and will be presented for the first time via Facebook Live at 6pm EST on February 12, 2021 during our Virtual Awards Ceremony. Jack will be missed by all who knew him.

Get up to date information on events, news, and research on a constant basis. Submit your email now to join our exclusive newsletter.
NOAA Documents Negative Impacts on Fishing from COVID-19