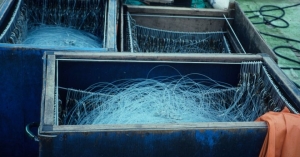 The Billfish Foundation is encouraged by the comments made by the Florida Fish and Wildlife Conservation Commission (FWC) regarding the proposed actions of the National Marine Fisheries Service (NFMS). As a reminder, NMFS proposed to loosen regulations in Gear Restricted Areas of the Gulf of Mexico, New Jersey, and Cape Hatteras, as well as decrease the required time for weak hook use in the Gulf of Mexico in half, including during billfish tournament season. This initiative comes as the U.S. federal government seeks to reinvigorate commercial longline fishing at the expense of the recreational fishing industry and the wellbeing of billfish, sea turtles, sharks, and other marine species. The FWC provides another educated perspective on these issues, as a regulatory agency in its own right, and TBF is heartened by it’s support in opposing these new initiatives. Their full statement is included below, as well as an excerpt.

“The FWC is staunchly opposed to reopening HMS Gear Restricted Areas because of the direct benefits to both targeted fisheries and bycatch species stocks, and also the associated economic benefits that these improved fisheries provide to Florida. The focus of this proposed rule on a single benefit for a single sector of a single HMS fishery at the expense of HMS conservation and management objectives and benefits to other HMS fisheries and sectors is not acceptable, and the FWC strongly requests that the HMS Management Division does not move forward with implementing this action.”

Get up to date information on events, news, and research on a constant basis. Submit your email now to join our exclusive newsletter.
International Tag and Release Competition Update