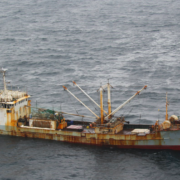 Countries are robbed of an estimated $26-50 billion annually due to illegal, unreported and unregulated fishing (IUU). 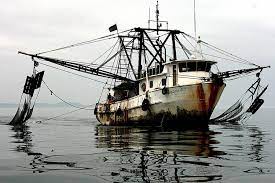 IUU fishing is defined as any fishing operations outside of current regulations and quotas. It is responsible for disrupting fish stocks, reducing biodiversity, and limiting resources for coastal communities. Billfish are just one of many bycatch species that are directly affected by this type of illegal practice.

Our angling community, specifically those within the United States and surrounding countries that value a regulated and transparent fishery are directly impacted from IUU. In general, IUU has a destructive impact on the marine habitat, but when it occurs within a nation’s exclusive economic zone (EEZ), or the area of ocean extending 200 nautical miles offshore, that is money being taken directly from the pocket of both recreational and commercial anglers alike. Additionally, by illegally depleting a nation’s fish stock, local anglers will not only have limited opportunities for encounters themselves but could also be faced with the future consequences of increased fisheries management efforts in order to compensate.

The UN Food and Agriculture Organization (FAO) initiated the PSMA in 2016 as an international and united effort to utilize individual ports as borders against foreign-flagged vessels performing illegal activities such as IUU. By tightening port controls, the PSMA would limit vessels that profit from IUU activities, thus slowing the flow of illegal fishing within global markets.

As one might expect, IUU is a tough problem to contain, but absolutely necessary if we hope to continue utilizing oceanic resources. The ultimate goal is to gain a better understanding of the illegal practices and limit the opportunities of easily navigating between ports. Although it’s difficult to measure the exact effectiveness of the PSMA, ongoing efforts and research are always evolving. If individual ports and countries can adopt the treaty and really start to implement a coordinated effort, there’s no reason we can’t see a real reduction in IUU.

Get up to date information on events, news, and research on a constant basis. Submit your email now to join our exclusive newsletter.
Effects of Circle Hooks on Sharks and Rays – IATTC Review