Atlantic blue marlin are considered by many in the sportfishing world to be THE pinnacle gamefish. A species targeted by tens of thousands anglers each year. But what do we know about these magnificent and awe-worthy fish? To be honest, not enough. We are still scratching the surface of what we know about them compared to other marine species.

For example, age and growth research is basic and well documented for most species caught in commercial fisheries where data collection is readily available, but not so for billfish. TBF spearheaded research on this very topic on Atlantic blue marlin. This work was made possible by the financial support from the Offield Family Foundation and the collection of hard parts made available from Dr. Freddy Arocha, University of Caracas, Venezuela. 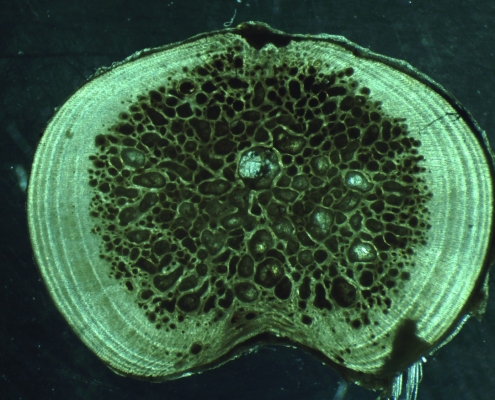 The research showed that Atlantic blue marlin remain “overfished” (abundance below a level that can produce sustainably) as they have since the 1960s, and “overfishing” (removing more from overfished abundance than can be replaced each year), continues. Until “overfishing” stops, recovery of the stock cannot begin.

The lack of size-data and many other types of data over decades from a large cross-section of all billfish age groups handicaps stock assessment calculations. Underreporting is another prime problem. The research documented that most male Atlantic blue marlin live to be at least 43 years of age and females up to 36 years of age, but females grow larger. The calculation for Pacific blue marlin lags behind with current estimates reflecting maximum age to be 27.

While overfishing Atlantic blue marlin continues to reduce stock abundance, rates of mortality have decreased at times, which is essential on a continuous basis before a recovery can begin. Even though collecting data from the numerous categories needed to improve marlin stock assessment is beyond TBF’s or any other entities’ abilities, the scientists concurred if we can ensure tournaments collect size data and hard parts from landed large marlin that would be beneficial. TBF strives to make that data collection happen and will begin to speak to a number of the blue marlin tournaments for 2019.

Get up to date information on events, news, and research on a constant basis. Submit your email now to join our exclusive newsletter.
Billfish Conservation Act Amendment Update