A SNAPSHOT OF THE BILLFISH FOUNDATION’S FIRST 30 YEARS AND STRATEGIES FOR THE NEXT 30!

If you fished offshore 30 years ago you likely remember seeing at tournaments billfish, especially blue marlin, stacked in piles on the docks after anglers posed for photos with their prized dead fish. That was the norm. At the same time, U.S. commercial fishing vessels brought billfish to the docks and sold them. Today the images are very different with release flags flying in most tournaments and U.S. commercial vessels fishing for Atlantic tunas prohibited from selling billfish.

Thanks to you – anglers, boat owners, captains and mates along with Win Rockefeller and  scientist Dr. Eric Prince – who recognized that such unchecked killing could not sustain the sport, a movement began that resulted in establishing The Billfish Foundation (TBF). The mission of the new organization was to advance billfish research, conservation and education and raise funds to support those activities. This was a billfish angler movement for it was you who recognized that billfish abundance was declining and the government was setting no priority for the species or for the sport of billfishing.

Launching into its mission, TBF’s first science investment was for billfish stock assessments, which is a sophisticated computer modeling method to calculate abundance in the water based on reported landings. Because billfish are highly migratory in nature, the investment was international for no nation, even though many benefitted from billfishing, had contributed funds to billfish research for the fish were of
no priority to them. Anglers recognized even with their improved fishing skills, equipment and more anglers fishing, their catch rates were declining and they feared billfish stocks were declining as well, which threatened their current and future fishing opportunities.

During the first Atlantic marlin stock assessment workshop it became apparent that a great deal more data was needed since most nations had not reported billfish landings. Fisheries that commercially targeted species generate a huge amount of data because the thousands of tons of fish landed are recorded when off loaded at the dock and then when sold. Purchasers of the dead fish are required to also track numbers. A great deal of landings data is available and used in the stock assessment of the commercially targeted species. But the billfish caught as bycatch in many nations’ commercial fleets are randomly recorded leaving their numbers under reported from that, again robbing billfish stock assessments of valuable data. 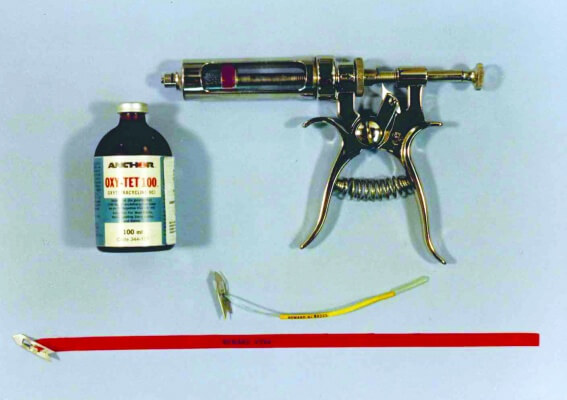 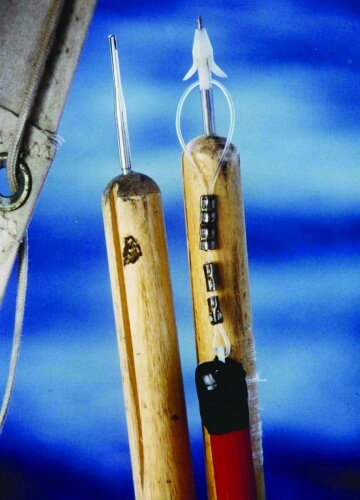 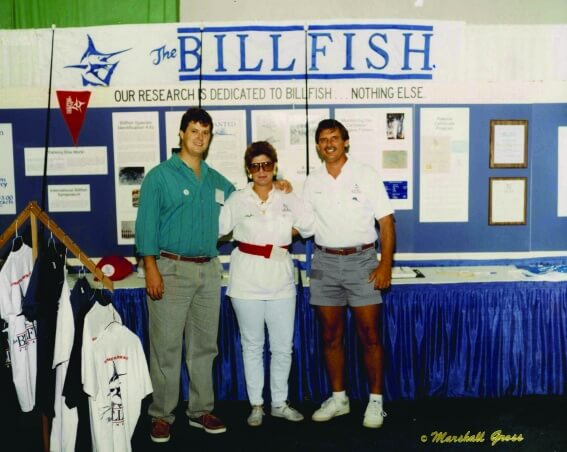 Recognizing that a great deal more billfish data was needed, TBF’s science and educational emphasis turned to constituents asking them to tag and collect recapture data. As anticipated, you responded by purchasing and using tags, and reporting recapture tag data when a tagged fish was caught or recaptured by another vessel. The resulting influx of more data provided most of what was known about billfish for decades. While tag and recapture data gathering increased, much more is needed for it takes thousands of tagged fish in the water for one to be recaptured and data reported. In more recent years, TBF added satellite tagging to its research tools, which gathers different types of data than traditional tags, but both are very important to continue.

TBF also broadened its scope of research by commissioning socio-economic studies to capture the economic impact data from angler expenditures while pursuing billfish. Again boat owners, anglers, captains and mates participated in the studies. The studies documented that individuals fishing for billfish spend a lot of money for the experience even when they release the fish. The studies also documented that many jobs were associated with billfishing in the area of sales and service of boats, gear, electronic equipment, apparel, etc.

Even when stock assessments documented some billfish stocks were overfished and overfishing was occurring, governments still did not give billfish priority consideration for conservation and management. More was needed. The science and socio-economic data had to be used to educate decision makers about what billfish conservation was lacking.

TBF also commissioned other types of research, as it continues to do today, which expanded the scientific knowledge base about billfish in the areas of genetics, age and growth, habitat use, post release mortality, identification of oxygen depleted zones, etc.

Because science and economics had not convinced decision makers to make needed conservation and management decisions for billfish, TBF added “advocacy” to its strategies. Advocacy gives billfish and the billfishing community a voice for change in fishery management, a voice that focuses on the conservation of billfish, their forage species and their ecosystems.

Strategies for The Next 30 Years: 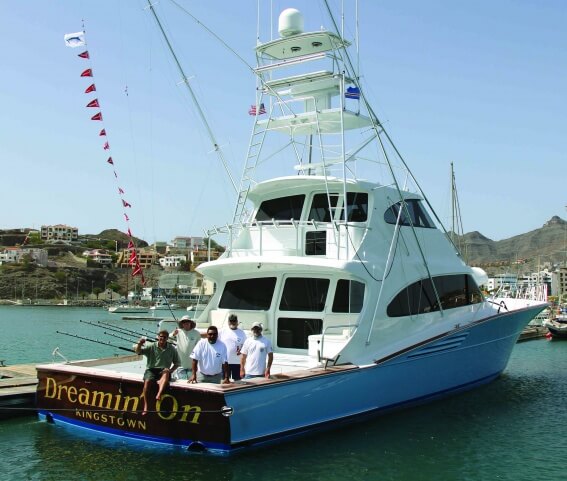 TBF will continue to focus and invest in billfish science, economics and advocacy, with more emphasis placed on student angler education.

(1) 5,000 More Tags for 3% –
Increase traditional tagging by at least 5,000 tags a year until the recapture data rate rises from 2% to 3%, while this may not sound like a big deal, it is a very important step toward improving the data-dependent stock assessment process. If funding were made available by international regional management organizations or the U.S. government, distributing tags to commercial longline vessels to tag billfish could also lead to increasing recapture data. Some U.S. commercial vessels have turned in recapture data. A partnership of this type, at least with U.S. vessels, could be very productive. 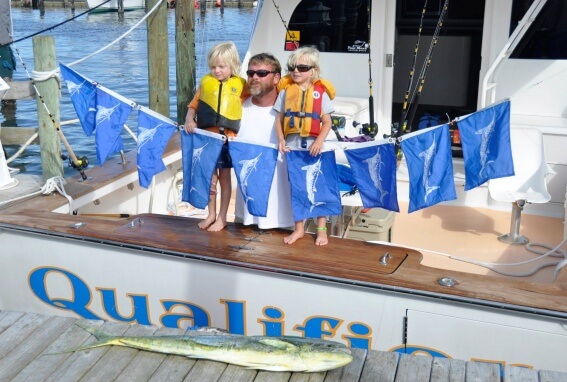 (2) Student Anglers for Billfish –
Engage students and teachers directly in the use of TBF’s tag and recapture data for educational projects. Inform students that many academic disciplines can be applied to fishery management and conservation, including math, which is the bases for stock assessments, economics, biology, statistics, ecology, law, public policy,
art and more. 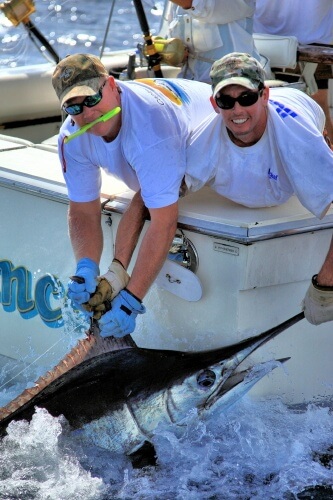 (3) Billfish International Network –
Anglers, boat owners, captains, mates, tournament directors, charter operations, clubs, tourism businesses and the recreational fishing and boating communities associated with billfishing worldwide have a vested interest in one another and in TBF’s successes. This network has supported TBF over the past 30 years during which a voice raised billfish and billfishing issues to prominence in most all fishery management arenas. Billfish and associated issues are now included on meeting agendas of managers and scientists around the world. To rise about the level of “making the agenda” to “driving change” in agendas requires a stronger and larger network around the world. Help TBF achieve this goal by signing up your club, tournament, charter operations, club, your sportfishing business and/or joining as an individual member.

(4) Billfish Science –
Invest in a variety of research including improving stock assessment methodologies, satellite tagging, age and growth, and research to learn more about the life history characteristics of billfish, their habitat and forage species and continue socio-economic surveys.

(5) Fishery Management –
Initiate changes in the fishery management paradigm so fish are not viewed and valued solely as a consumable commodity. Eco-tourism values should be given equal consideration as consumptive value. The health of forage species and ecosystems should be included, as well as, evaluation of fishing techniques as to their compatibility with sustaining healthy stocks of fish and ecosystem, and incorporation of economic return to communities for they are all important and should be in the management process in the U.S. and international fishery management arenas. Traditional methods need strengthening, especially reducing the international pelagic longline tonnage of billfish landed each year to levels that would allow sustaining healthy levels of abundance.

(6) 30 Year Investment Plan –
Grow an endowment fund that generates interests enough to support at least half of TBF’s research, education and advocacy costs within 20 years. To help reach this goal, TBF is establishing a 30 year endowment growth strategy that allows you to invest a tax deductible gift to return billfishing assets for your children and their children’s generations.

(7) 10 Members More for 30 –
Growing membership and dollars are core to TBF’s ability to meet the challenges of the next thirty years. Will you commit to bringing on board 10 new TBF members each year for 30 years and encourage them to renew and, in turn, bring on 10 new members as well each following year? In addition, membership will be further encouraged through new programs, including, but not limited to: My First Billfish & Grander and Growing Granders Release Clubs.

It goes without saying that success also requires expert financial and organizational management, which are taken very seriously at TBF. We know every cent that you give to TBF could be given to other non-profits and your gift is the result of hard work and sacrifice. It is our philosophy to direct the overwhelming majority of each dollar to programs for the fish and the oceans in ways to guarantee continued and future billfishing opportunities for you.

Get up to date information on events, news, and research on a constant basis. Submit your email now to join our exclusive newsletter.
NICK MAYER – TBF’S 2016 ARTIST OF THE YEAR