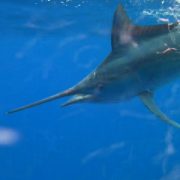 While many environmental groups are praising Australia and claiming victory, all is not said and done for the establishment of Australia’s National Representative System of Marine Protected Areas (NRSMPA) and there is still hope for anglers down under. The proposed system of reserves will shut out anglers from large areas of ocean including more than half a million square kilometers in the Coral Sea region. All bring done despite the lack of sound scientific justification for doing so. If the management plans for the proposed reserves are passed then it could mean billions in losses for important industries including sportfishing.
Many groups are protesting the science used in the Marine Bioregional Planning Process as well as the regulatory and socioeconomic impacts assessments conducted by the Australian government, arguing that these assessments were rushed and inconsistent with the best practices guidelines established by the Australian government. It is widely believed that industry consultation has been significantly lacking during the entire decision making process and that powerful environmental groups have dominated the public consultation and left the true stakeholders to pay the cost of improper management of marine resources.

Fortunately, groups representing important marine industries, including the recreational fishing sector, have been working to raise awareness and public knowledge regarding these issues in an effort to prevent the injustices surrounding the establishment of the marine reserves. Organizations have also drafted the Environmental Protection and Biodiversity Conservation Amendment (Making Marine Parks Accountable) Bill 2012, which if passed would require a complete redesign for the reserves. Considering the political climate of the Australian parliament and the tremendous controversy surrounding these issue, it may be premature for environmental groups to start celebrating a victory.

Get up to date information on events, news, and research on a constant basis. Submit your email now to join our exclusive newsletter.
FISHERIES ECONOMICS OF THE UNITED STATES REPORT RELEASED