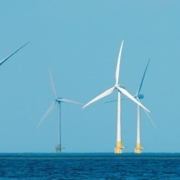 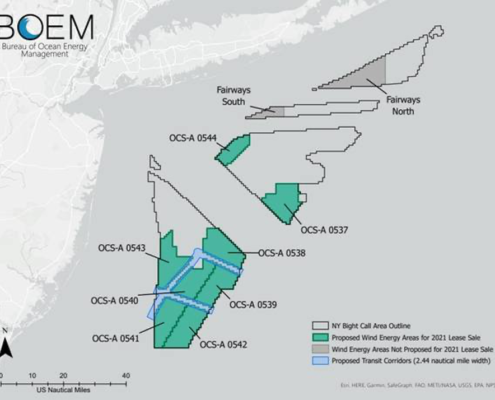 Sales of Offshore Commercial Wind Energy Leases off all U.S. coasts were first offered by BOEM (Bureau of Ocean Energy Management, Department of the Interior) off the East Coast in February 2022, which resulted in the sale of 6 leases in the New York Bite region for $4.37 billion. In May a lease sale notice was issued for federal waters off California in what is identified as the Humboldt Wind Energy Area (WEA) and the Morro Bay WEA.  According to BOEM, the leases are projected to generate 4.5 gigawatts of wind energy, enough estimated to power 1.5 million homes.   Lease offers in the Gulf of Mexico follow. 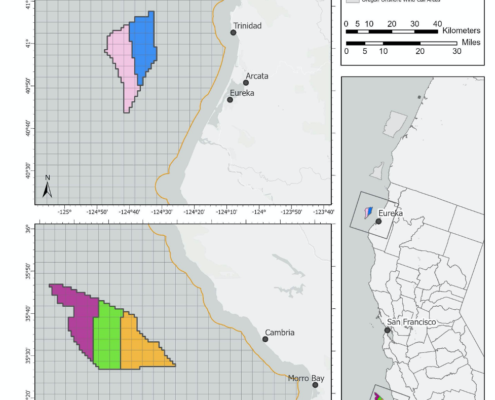 BOEM has identified both commercial and recreational fishing as “existing uses” in lease offered sites, among other uses, which stand to have the “highest potential impact from offshore wind energy development.” BOEM developed a fishing mitigation plan and is accepting constituent’s comments during a series of Zoom meetings scheduled throughout July to review the agency’s Draft Fisheries Mitigation Guidance.  TBF will review and contribute.

Get up to date information on events, news, and research on a constant basis. Submit your email now to join our exclusive newsletter.
Fight Against Illegal Fishing by Port State Measures Agreement (PSMA)