It has been more than four years since Australia began the process of designing and implementing its national system of marine reserves encompassing all of its federal waters. These reserves are threatening to shut out anglers from iconic billfishing grounds in places like the Coral Sea and have devastating effects on local economies, especially the sportfishing industry. There remains tremendous controversy surrounding the initial design and there is strong evidence against the science and principles used to create the reserves. Most importantly, the needs of important users like anglers were not addressed and government assessments have failed to adequately capture the true impacts these reserves would have. Fortunately, with a change in political power, plans to implement these reserves were postponed and anglers have been given a second chance to make comments and be heard in another round of public consultation. 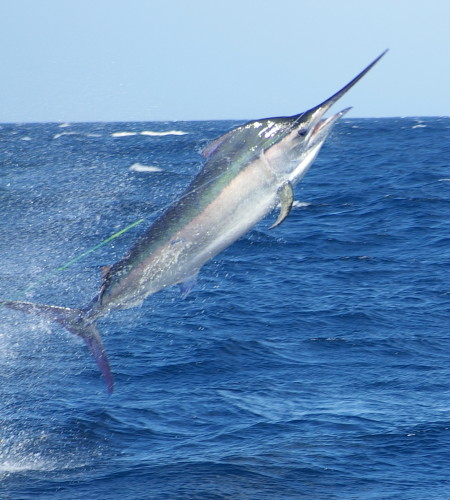 The Coral Sea and adjacent waters are recognized the world over as the most iconic black and striped marlin fishing grounds on the globe. The allure of catching a grander black marlin draws anglers from abroad and is a significant driver of the local economy for regions like Cairns. Unfortunately, economic studies conducted by the Australian government did not assess the importance of recreational and charter fishing. Independent assessments however did reveal that as much as half of the Cairns charter fleet could go out of business and losses could total AUD $15 million annually.

Australia has a strong history of marine conservation, but establishing marine reserves that prohibit recreational fishing is not necessary or rational. In the Coral Sea and Eastern Tuna and Billfish Fishery, anglers release 97% of all billfish. Marine reserves will do little to protect highly migratory species which are susceptible to fishing pressure internationally. Prohibiting anglers from these areas however will create significant losses for economies on the order of millions of dollars annually. The actions taken by the current political leadership to not implement the marine reserves as previously proposed should be commended as well as their recognition of the flawed design, consultation and planning on which established.

Please let the Australian government know they need to strongly emphasize the need to comprehensively review all relevant science and the importance of working with important stakeholders like the sportfishing community to ensure maximum economic and conservation benefits are achieved. It must be known that sportfishermen are conservationist and key stakeholders in the marine realm that can contribute to the conservation efforts. As an avid angler and conservationist, please call on the Australian government to allow sportfishing within all proposed Marine National Park Zones.

Get up to date information on events, news, and research on a constant basis. Submit your email now to join our exclusive newsletter.
CAPTAIN’S TIPS & TRICKS