Costa and TBF: A Force for Good 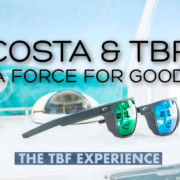 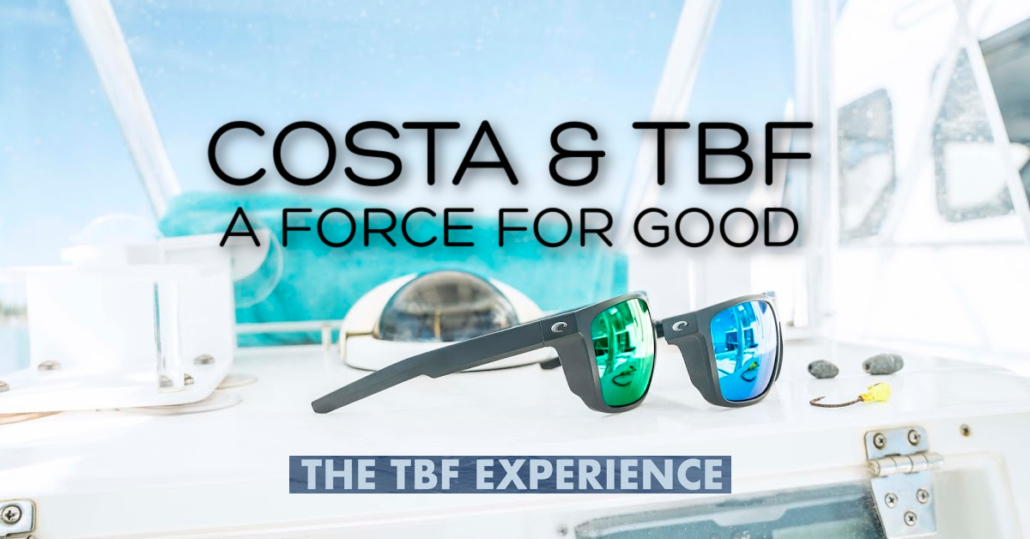 The relationship between Costa del Mar and TBF has been making the world a better place for a long time. Here is some perspective– and a preview as to what is next.

The impact of Costa goes much further than the glare-cutting super powers of their glasses. The brand has not only won more awards than can be tallied here—for innovation, performance, and supporting causes—but has influenced the trajectory of the sportfishing industry in a variety of contexts.

Costa was perhaps the first of fishing’s high performance, must-have accessory. In the days before the brand’s founding in 1983, if people wore sunglasses at all they might well have been the $15 variety from the discount store. These days, no captain or angler worth his or her salt would even consider heading offshore without a pair of Costas (or two).

Think about that for a second—it is quite profound. Costa has literally transformed an entire category. Sunglasses went from being an afterthought into an essential piece of the fishing tool box. Consumers now understand the benefits to their eye health and to their fishing ability (being able to see fish in the spread) and are happy to make a $200 investment in a pair of high-performance sunglasses. 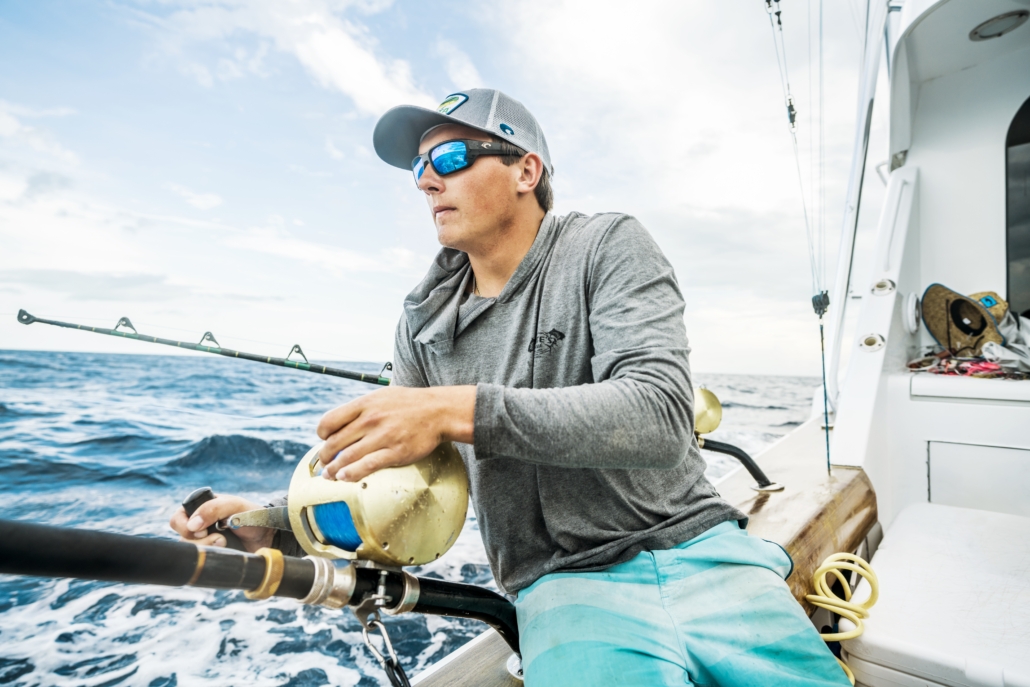 Not only has Costa changed the sunglasses category, but the fishing landscape generally. The success of Costa’s approach has influenced not only consumer behavior, but that of the product landscape as well. You could well make the argument that Costa sunglasses have paved the way for many of modern fishing’s other must-have accessories. Things such as technical apparel, high performance coolers and innovative, higher priced products of many ilk have all benefited from the success of Costa’s approach, branding and commitment to doing good.

What follows is the story of Costa’s support for The Billfish Foundation. More than simply monetary or product donations, the collaborative work between Costa and TBF is an agent of change in the real world. A tangible example of two high powered, high functioning organizations each leveraging their expertise for the collective betterment of the world.

Conservation and Giving Back

In spite of Costa’s influence on consumer behavior and on the fishing product landscape, the true measure of the brand is much greater. Costa is not only a leader in supporting conservation, but actually drives change that benefits the ocean and those who depend on it.

Costa has supported The Billfish Foundation for more than 15 years. More than simply monetary and programmatic support, Costa has leveraged its reach and influence to drive change. Amanda Sabin, who started with Costa in 2010, provides context. Sabin’s decade long run with Costa culminated with four years as Fishing Community Manager. 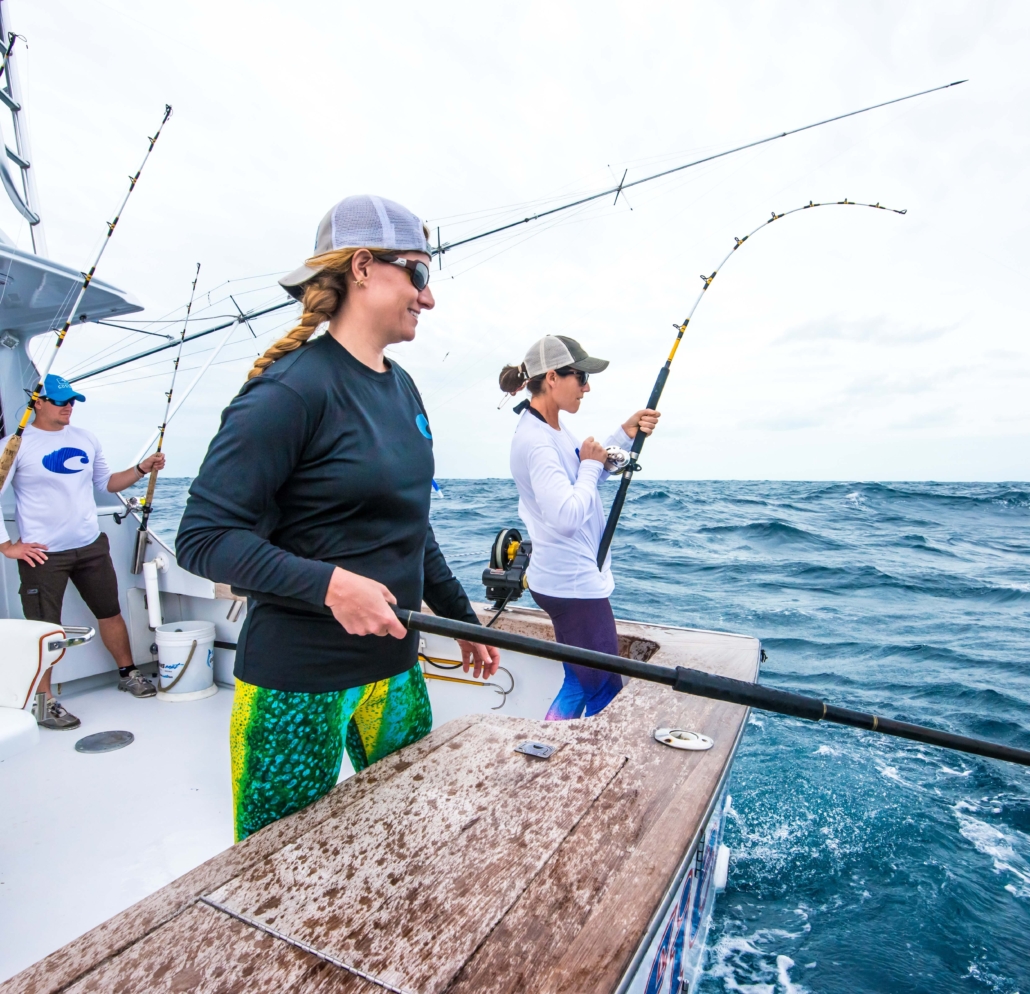 Amanda Sabin, left, leaves an indellible mark on Costa and its work in conservation.

“The younger generation demands brand sustainability. To be successful brands must do more than just sell things. Costa can’t do conservation alone. Our idea has always been that people and brands should give back to the sport that they enjoy,” explains Sabin, who recently left Costa.

“Conservation has always been part of the culture at Costa. It has always been understood that this (conservation) is the brand, it is who we are. The community teams drive allocation of time and resources,” Sabin explains. “Any time we would have discussions internally, they always came back to this.” 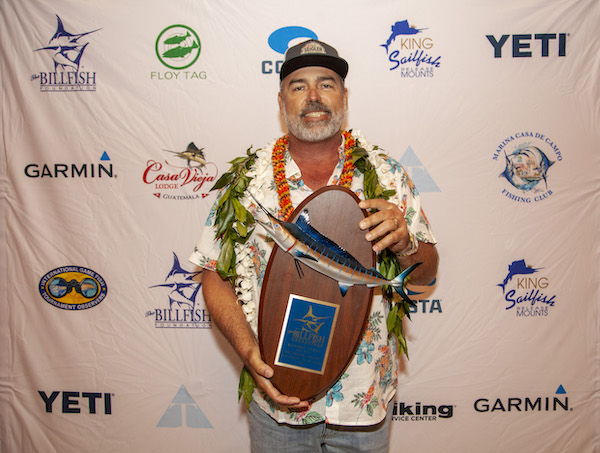 Costa has been a pillar of TBF’s Tag and Release Program for nearly two decades.

Costa’s organic approach to conservation—to the degree that it was indifferentiable from the brand’s business focus— is one of the most prominent and successful lifestyle branding campaigns in fishing (or any other industry, for that matter). Costa’s conservation work is defined by four pillars: protect fisheries, reduce ocean plastic pollution, educate and empower and restore and rebuild coastal communities. 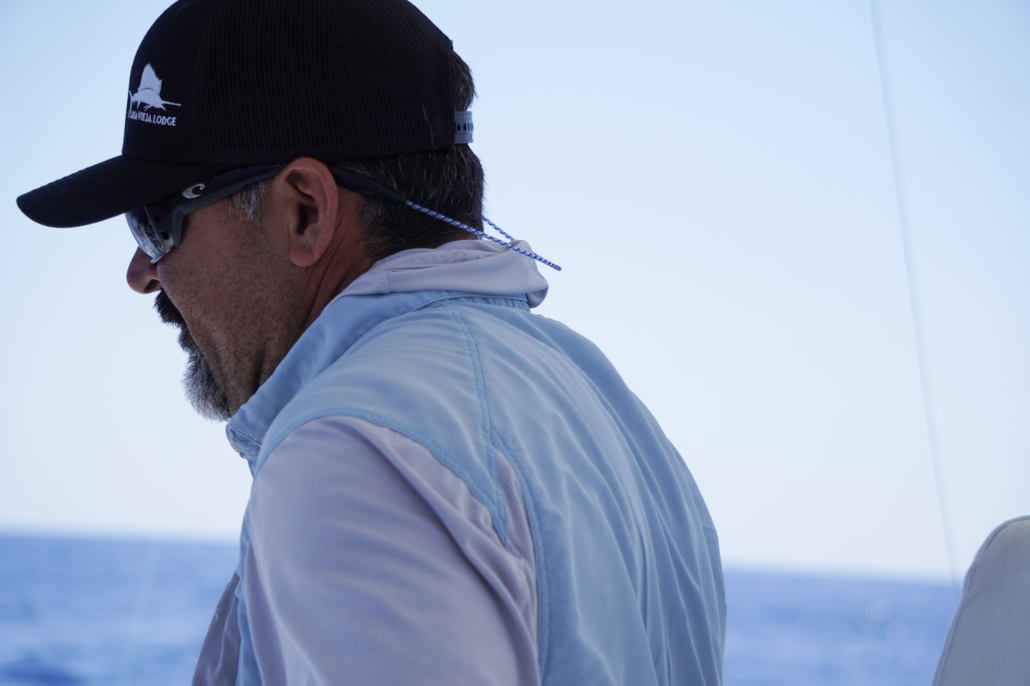 “The road is already paved and we’re really happy to be able to keep doing it,” says Costa Fishing Community Manager, Joe Gugino. “Even through 2020 we kept all of our conservation contributions at 100%. We are doubling down in 2021 and are really proud of that.”

Costa’s commitment to doing the right thing—and their ingenious ability to make doing it cool—has earned the brand a diehard following– and lots of awards. 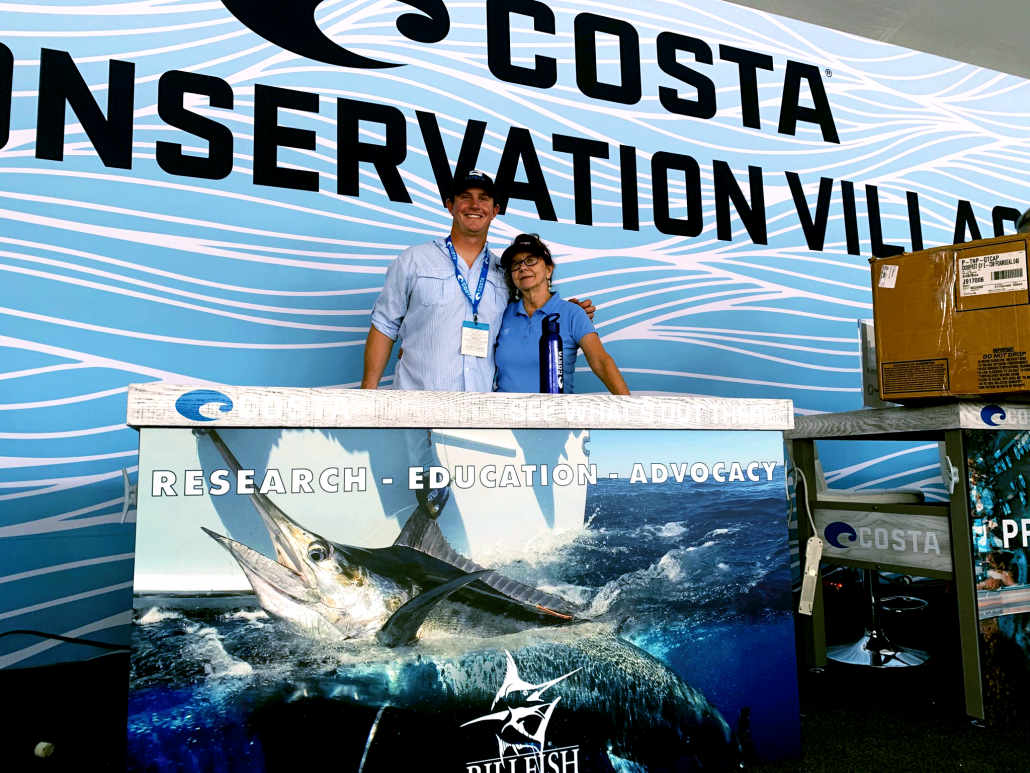 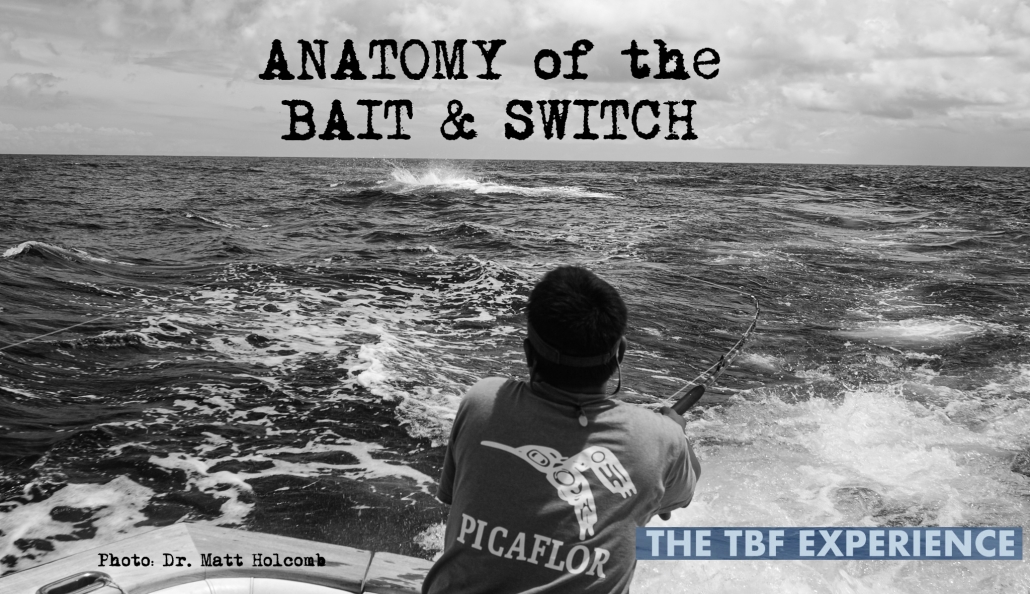 For more insight into why seeing fish in the spread is so important, check out The Anatomy of the Bait & Switch.

Not only has the consumer market recognized Costa, but so too have many governing bodies in the outdoor space. Costa’s product and sustainability awards include:

A Founding Vision—One That is Alive and Well Today

Costa  was born on the water. The brand’s founding principals included passion for the sport—and all that makes it possible. 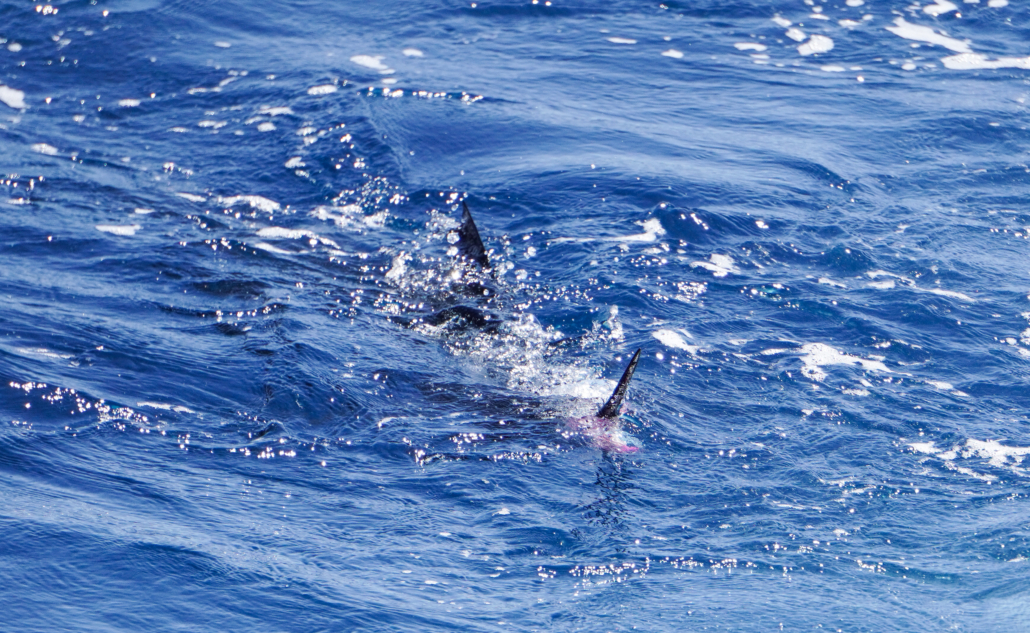 Making the most of events like this– seeing them clearly and making them count– launched Costa sunglasses.

To hear Amanda Sabin explain it, “People love fishing, but don’t have lots of time. Costa has always been committed to making the most out of limited time on the water. We wanted to maximize performance during that time. ‘You’ve been looking forward to the fishing trip for two weeks. Why wouldn’t you pay for a high-quality pair of glasses that help you fish better?’”

This same passion and commitment extends to the communities and resources that make the sport possible. The 15 year partnership between TBF and Costa illustrate this well.

The Billfish Foundation’s work with Costa illustrates the brand’s collaborative approach to making a difference. What began with Costa providing glasses to TBF Tag and Release Award winners, soon transformed into a meaningful, real world agent for change. 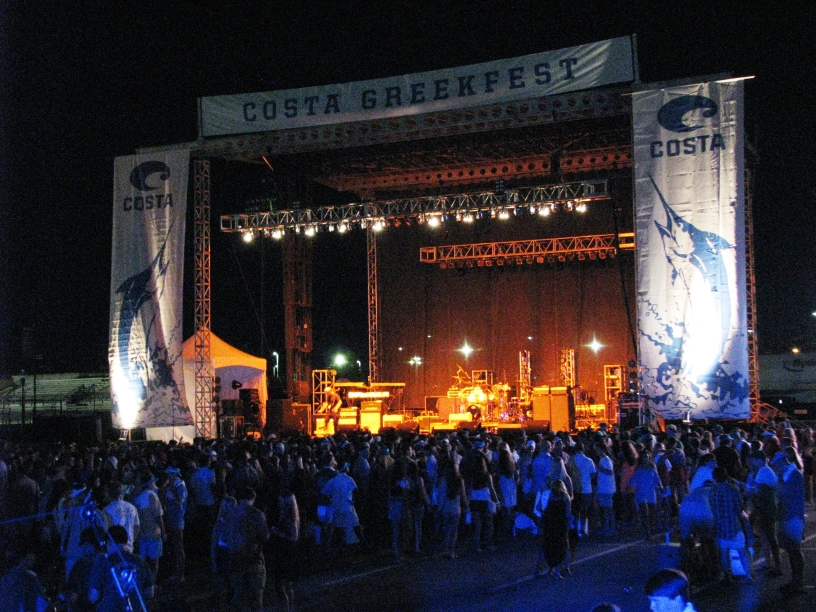 In 2008 and 2009, Costa put on the “U of Blue” concert series. What started with a tour of big named musical acts performing at schools in the Southeast Conference turned into a single campaign at the University of Alabama. The event, which was held during the first week of school, not only raised the profile of conservation before a broader audience, but raised quite a bit of money for The Billfish Foundation.

The impact of work of this magnitude extends well beyond the money raised and programs supported. At its most fundamental, it involves a large, influential lifestyle brand leveraging its network and reach to bring main stream entertainers and tens of thousands of people together for the betterment of the ocean. This is powerful stuff.

The work, however, did not stop there.

Tournament Size Limits in the Gulf

Another major milestone—one that illustrates the power of the relationship– was the Costa/TBF-led campaign to raise the size limit on blue marlin for Gulf Coast tournaments. In 2016 TBF and Costa worked with a network of tournament organizers, captains and brands to increase the minimum size limit for tournament-caught blue marlin in the Gulf. 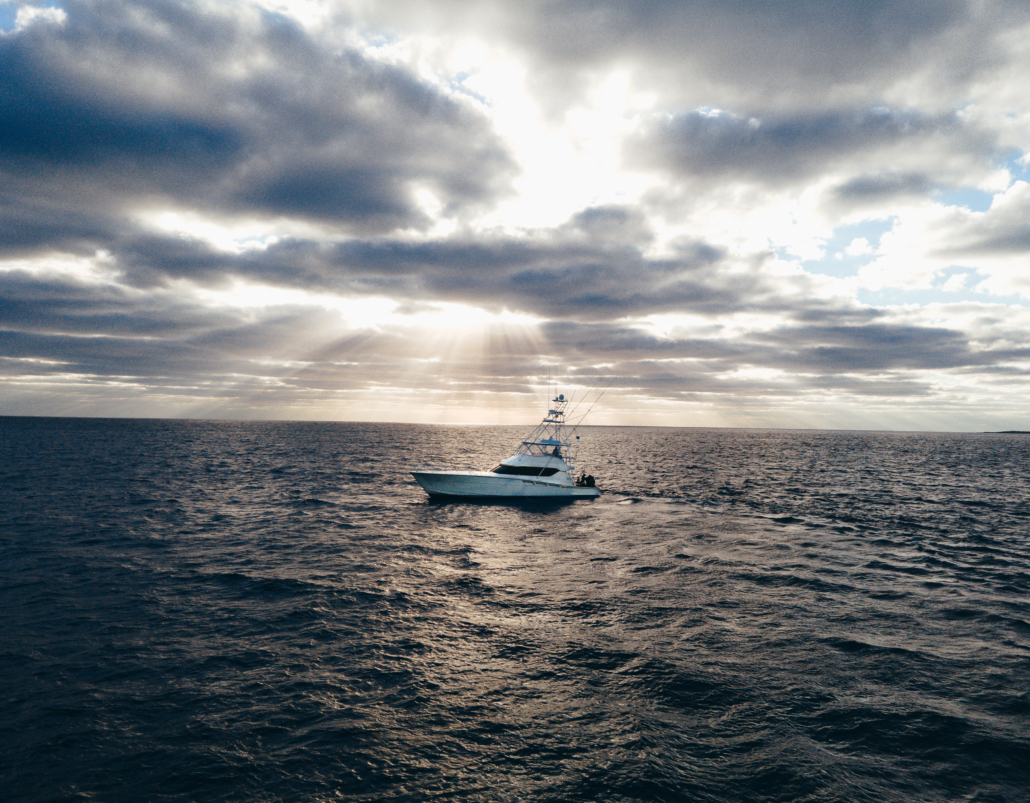 “There’s been quite a difference between 2016 and now,” Sabin explains. Many tournaments at the time used the federal minimum of 99-inches. “Now no Gulf tournaments use the federal limit. Some are at 115-inches, some are all release. We really pushed the envelope using science and historical tournament data. We tried to show that harvesting smaller fish really wasn’t necessary.”

“The partnerships have been amazing. TBF helps with friendships and relationships with tournaments and captains,” Sabin recalls. Costa then brings to bear its incredible marketing ability and extended reach. Results of the partnership benefit the sportfishing industry and the many who rely upon marine resources for enjoyment or their livelihoods.

Another pillar of the collaboration between Costa and The Billfish Foundation has been through support of tag and release.

“Costa’s support of the TBF’s tagging program is a perfect fit. It is angler-led, community involvement. TBF has a cult following that loves to be involved and that likes to support everything that it does,” Sabin explains.

Costa has not only supported TBF’s Tag and Release program through the years, but was central to a multimedia blue marlin satellite tagging project in the Gulf. Garmin, Yeti, Costa and other prominent brands not only worked to support TBF’s research, but to showcase and highlight the work. The campaign even netted a story in Marlin Magazine. 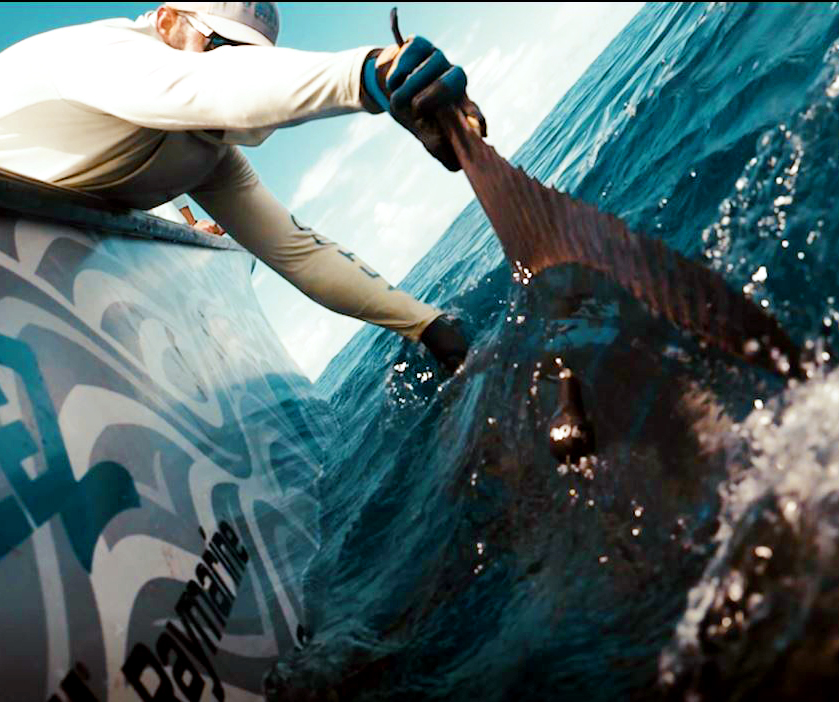 Costa del Mar was among the sponsors of a TBF satellite tagging project in the Gulf of Mexico.

Costa del Mar’s commitment to doing good shows no signs of slowing down. Joe Gugino now leads Costa’s work in the fishing space. The pride and satisfaction he takes from building on the brand’s incredible foundation is as clear and free of glare as the waters of the Bahamas (when viewed through a pair of Costas, of course). 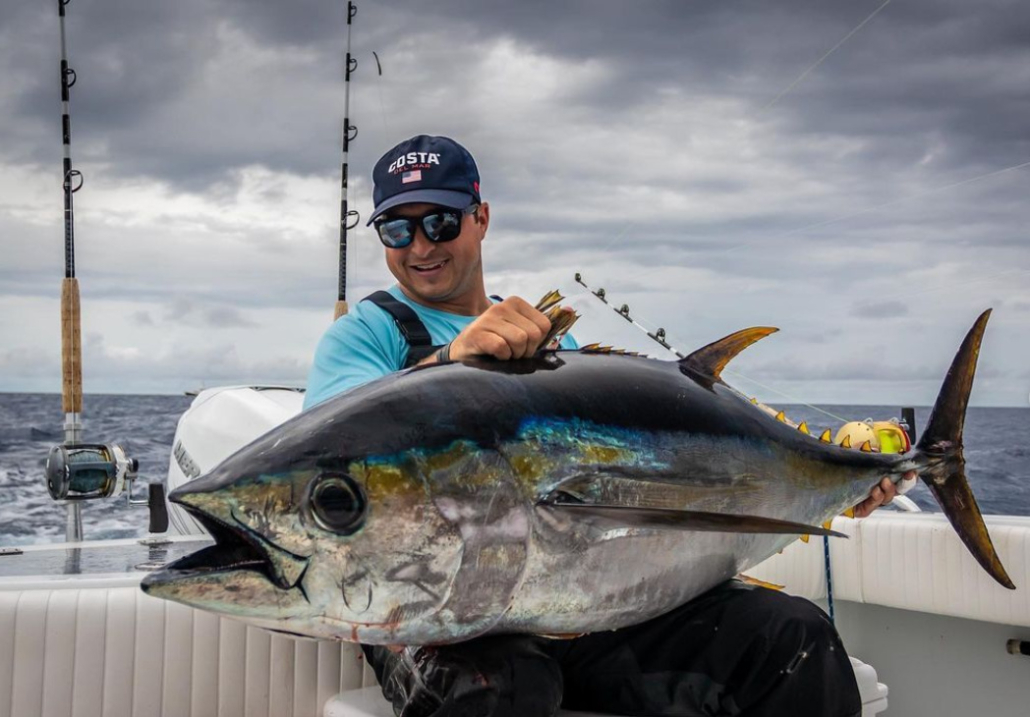 Joe Gugino, Costa’s Fishing Community Manager, practices what he preaches. An accomplished angler and voice for conservation, here he is with a nice bigeye tuna.

Just as the dynamics of the relationship will not change, neither will the results. Gugino concludes, “Costa is as present in the conversation as we have ever been. We are doubling down on our commitment to making the world a better place.”

If the past is any indication, this commitment means good things for the future. See what’s out there.

Get up to date information on events, news, and research on a constant basis. Submit your email now to join our exclusive newsletter.
Casa Vieja Lodge: A Billfish and Conservation Factory