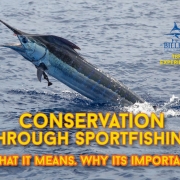 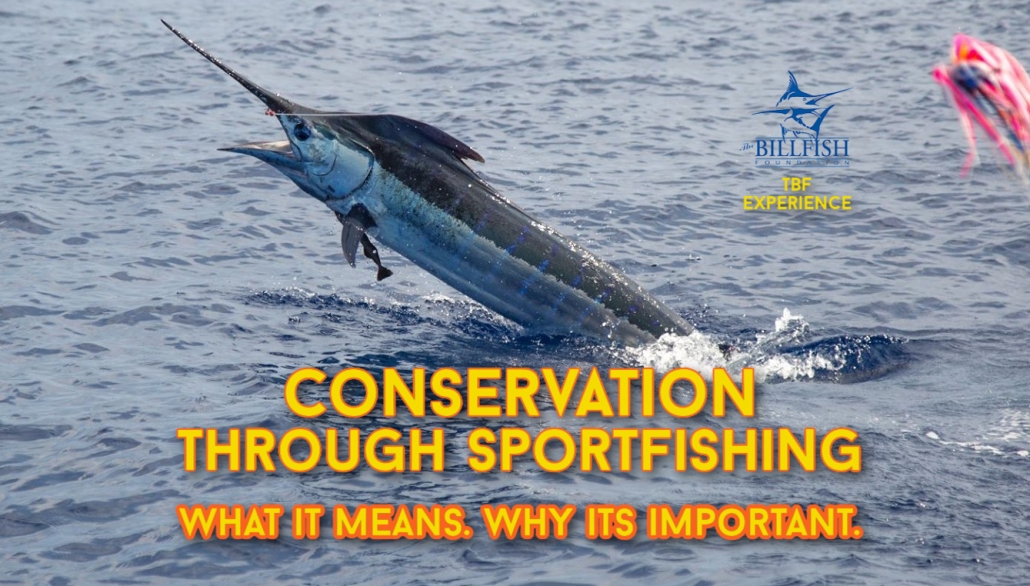 What is conservation through sportfishing? Every time you catch a marlin and sailfish you show the power of healthy oceans to generate money. This has been proven over and over as most powerful tool in the conservation arsenal—one necessary to compel governments to take the interventions needed to keep fish in the ocean.

“How can you claim to care about fish and also want to catch them?” This is the most common question asked of sportfishermen by people who care about the oceans, but don’t fish.

For many non-anglers, especially those who care about the oceans and the creatures that live in them, there is a disconnect between being a sportsman and caring about conservation. After all, their logic dictates, that you cannot both want to catch (and sometimes kill) an animal and also care about its welfare. 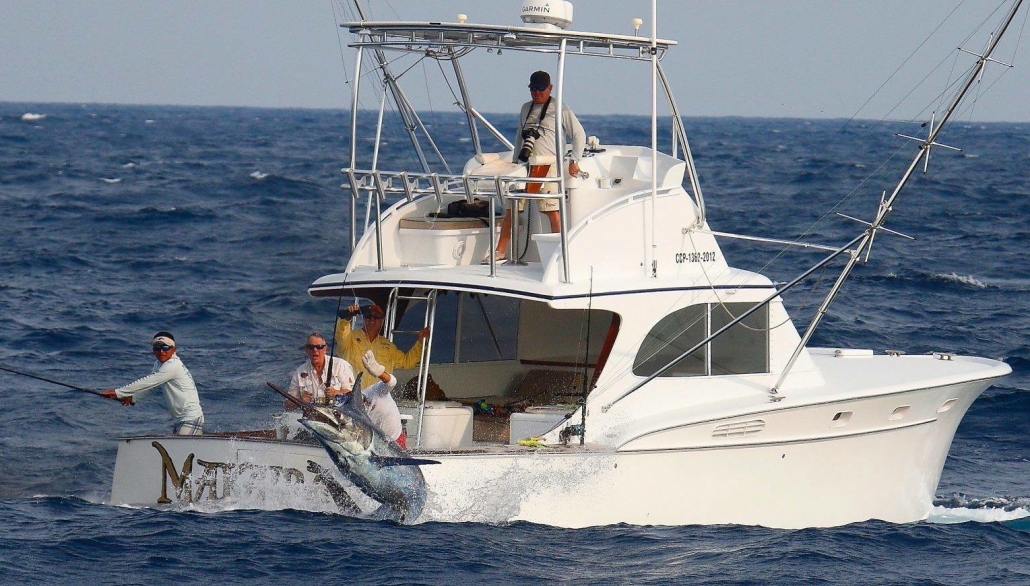 Sportfishermen have a passion for the ocean and its conservation. Captain Jason Brice of Casa Vieja Lodge is backing down on a good one.

What follows is an explanation of how sportfishing is not only compatible with conservation, but one of its most powerful tools. Central to this notion is that the oceans are being commercially harvested all of the time and that conservation requires not just passive care, but active intervention. Sportfishing actually empowers this active intervention better than any other activity in the world.

Before getting into the specifics of ocean conservation, we thought it instructive to compare the oceans to conservation on land. While there exist quite a few differences, sportsmen (that being hunters and fishermen) drive conservation in both areas. 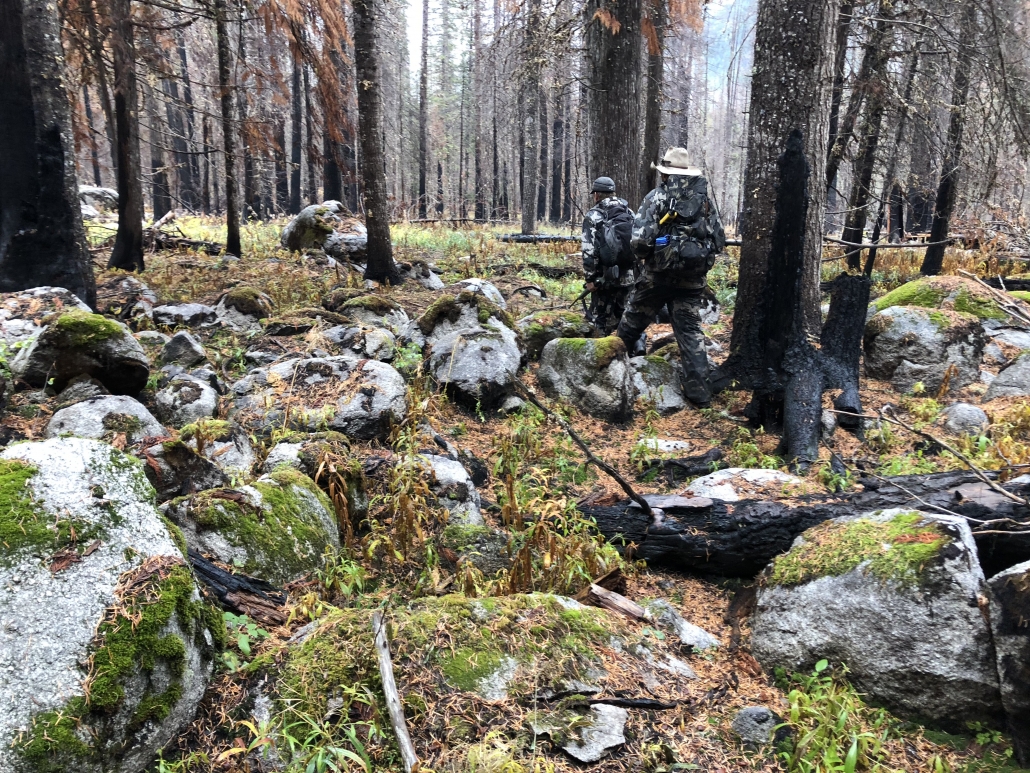 Hunters are a driving force behind keeping wild lands wild.

On land there exists a long and established tradition of sportsmen driving conservation. The slogan of The Rocky Mountain Elk Foundation—a group that works in a very similar capacity as The Billfish Foundation—addresses this relationship directly.

That slogan? “Hunting is Conservation.”

Hunters provide eyes and ears on the ground—the first line of defense against poaching and harvest of animals out of season. Money from license sales funds management and conservation of the animals they are passionate about hunting. 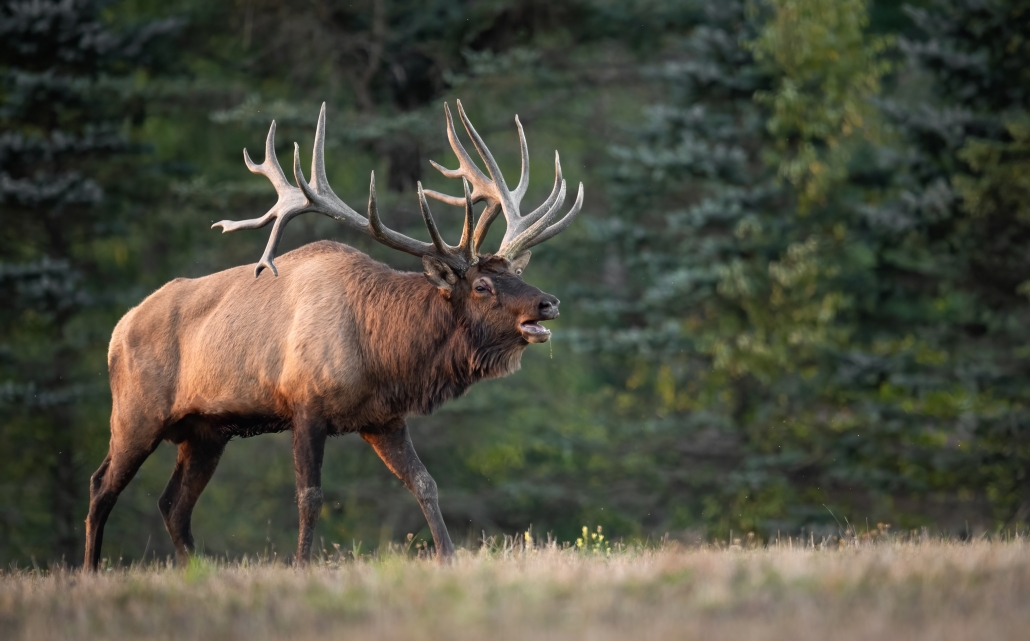 A bull elk may well be the Rocky Mountain marlin.

The will and determination of sportsmen has defined wilderness conservation in the United States. President Theodore Roosevelt was an avid hunter and fisherman. In 1912, Roosevelt went so far as to say, “There can be no greater issue than that of conservation in this country.”

Concerned over declining populations of big game animals, Roosevelt founded the United States’ system of National Parks and public lands. Roosevelt’s legacy in conservation of America’s wild animals and wild places continues to benefit current and future generations of Americans—whether they be hunters and fishermen or not—100 years later.

How Conservation of Wilderness Works on Land

On land, if you want to conserve animals you need to protect their habitats and moderate the numbers that die from human harvest and other causes. When it comes to big game animals like deer and elk, the areas to be conserved are largely within the geographic confines of a single country. This allows countries or states to manage all of the related variables. 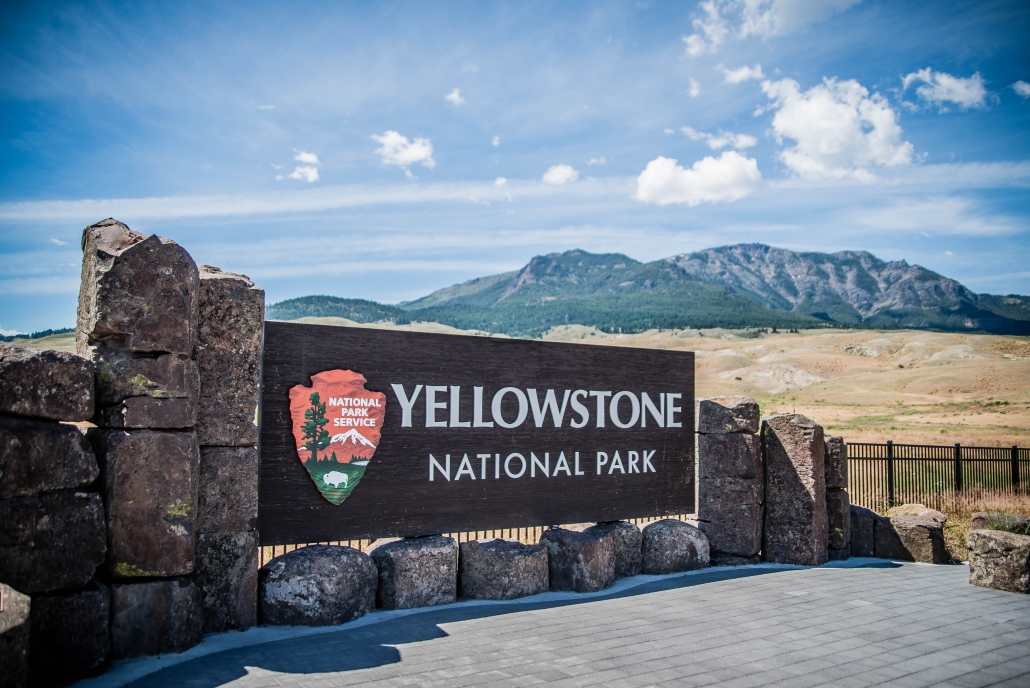 Land conservation requires political will and resisting the urge to sell land for development or harvest. On the whole, however, land-based conservation works with a set number of known variables. Access to harvest of resources can be monitored and largely controlled.

The TBF Experience is dedicated to illustrating the lifestyle made possible by conservation. For more, click here.

Conservation of pelagic fish—such as marlin, tuna and sailfish—is much more complex affair than that of wilderness areas on land. This complexity makes sportfishing activity an even more important tool.

Consider the following themes that dictate how ocean resources are managed.

First off, marlin and tuna swim thousands of miles and cross international boundaries. No single country can control the variables associated with managing them.

If that were not complicated enough, beyond 200-miles from shore is international waters—a place governed by international agreements but largely lacking the enforcement mechanisms to ensure they are followed.

When it comes to pelagic fish, what happens in one country can affect many others. Consider the Atlantic bluefin tuna. 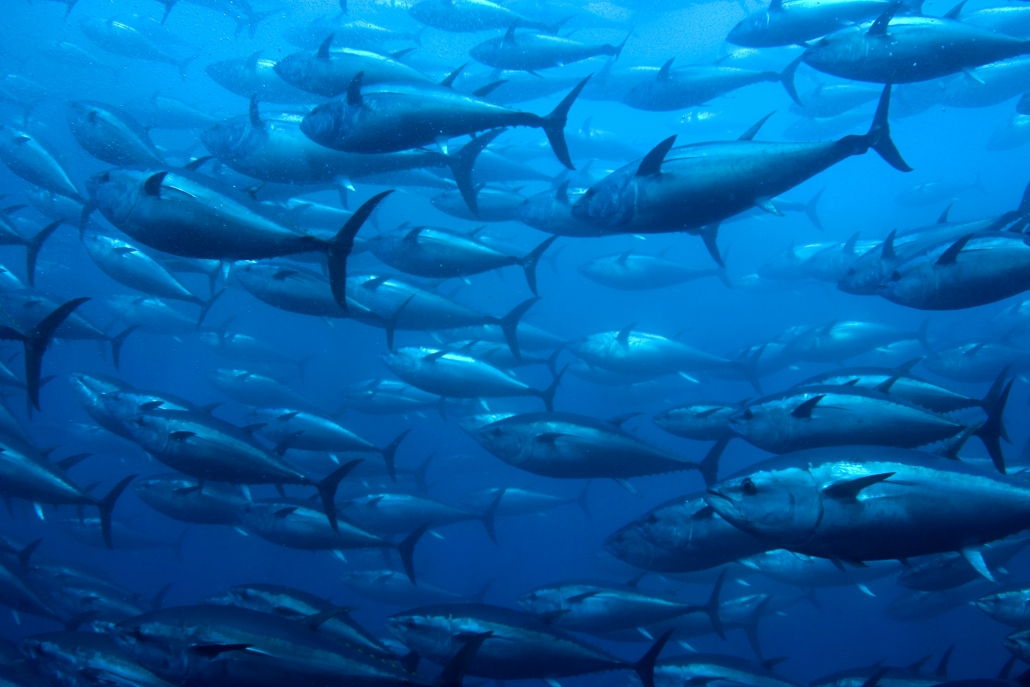 Management of places where fish aggregate is important to the oceans.

Because fish swim across international boundaries and because fishing boats can catch fish in one place and offload their catch in another, it is very difficult to control fishing access. On land, you can build a fence and a gate and effectively control who comes, who goes and monitor what they do or do not harvest.

On the water you cannot do that—especially when fish swim thousands of miles.

Lots of Money At Stake

The oceans have been an important source of protein for as long as there have been humans. They remain so. In addition to providing food, seafood is also worth billions and billions of dollars. 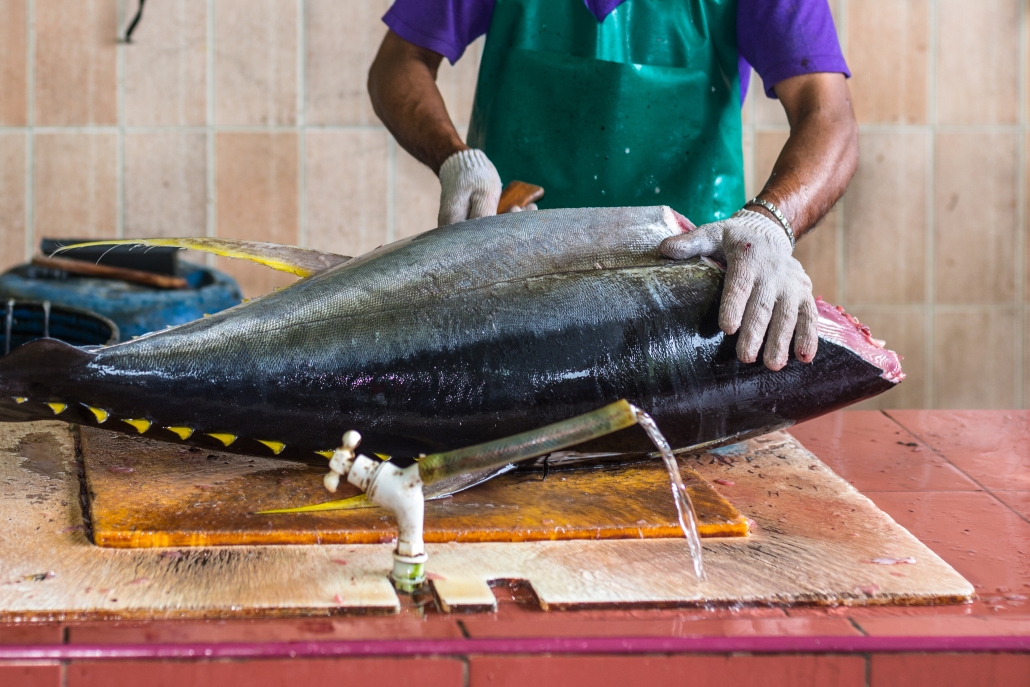 The amount of money generated by seafood product, like this yellowfin in the Maldives, drive fishing pressure all over the globe.

There is enough money to be made in harvesting and selling fish that the oceans experience commercial fishing pressure all of the time—24/7, 365. Somewhere in the world, there is always someone fishing. It is not always sustainable, either.

As a result of these three (and a wide number of other variables) fish conservation interests face a free for all: Lots and lots of boats are catching as many fish as they can, as quickly as possible. Though this is a bit of an oversimplification, it illustrates the point.

Given the amounts of money at stake and the difficulty that governments face enforcing fisheries rules, commercial fishing fleets from some nations catch as much as they can from wherever they can get it. It is often greed that drives their practices—rather than regard for health of the oceans or the population status of fish. 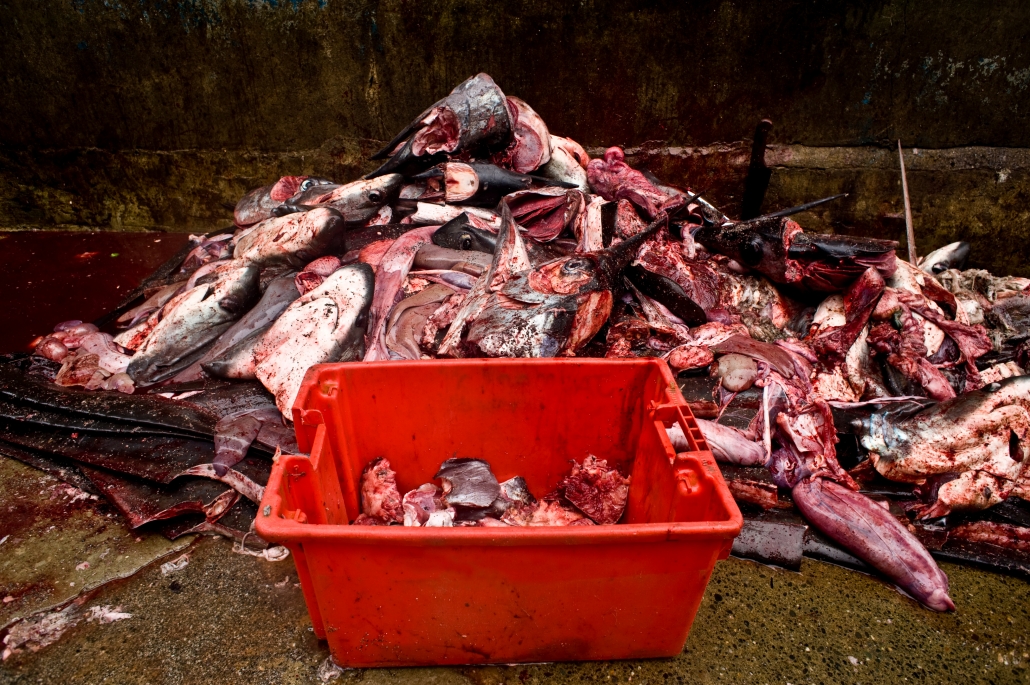 Pelagic fish conservation requires active commitment. Without action overharvest of the oceans is often the result.

Here’s the takeaway—one that is really, really important: Fish are being harvested from the ocean all of the time. Managing their populations requires an active, dedicated commitment.

On land, you can put up a fence and relax. If you don’t hunt all of the animals and you take care of their habitats, their populations will grow.

In the oceans, conservation requires convincing governments to care and to take the actions necessary to enforce laws and agreements. It requires consistent action and on-going effort.

When it comes to the oceans—like many other things, governments and politicians care about jobs and money. The revenues generated by commercial fishing represent the justification behind unsustainable levels of harvest.

It is here that sportfishing provides such a useful tool for the conservation of fish populations. Sportfishermen pay lots and lots of money for the chance to catch billfish and tuna. Even in places where they keep a tuna and a dolphin or two, their relative impact on populations is very small.

And sportfishing certainly does generate revenue. As Captain Bubba Carter says, “When it comes to billfishing, you don’t always catch the fish but you always get the bill!” 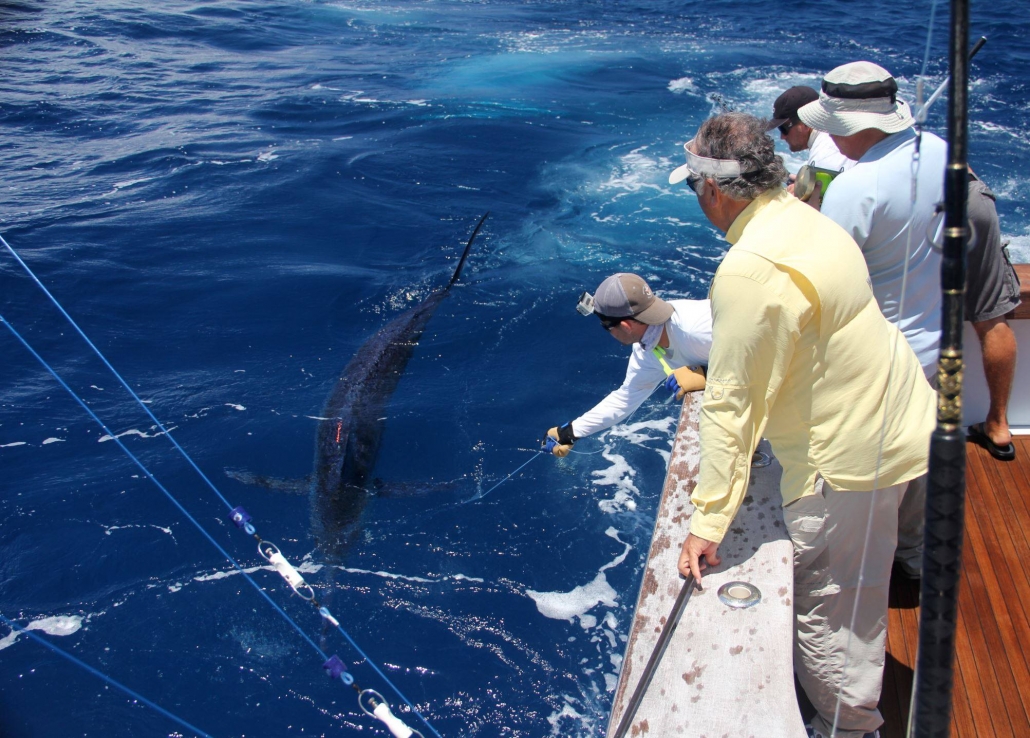 Sportfishing tourism also provides stable, intergenerational employment opportunities for communities. In the case of many communities in developing countries, these jobs pay much more than other options that are available.

Sportfishing Revenues Depend on Healthy Oceans

The opportunity to catch fish draws sportfishing tourists. If there are no fish in the oceans, these tourists (and the millions or billions of dollars that they generate) would simply take their business elsewhere. 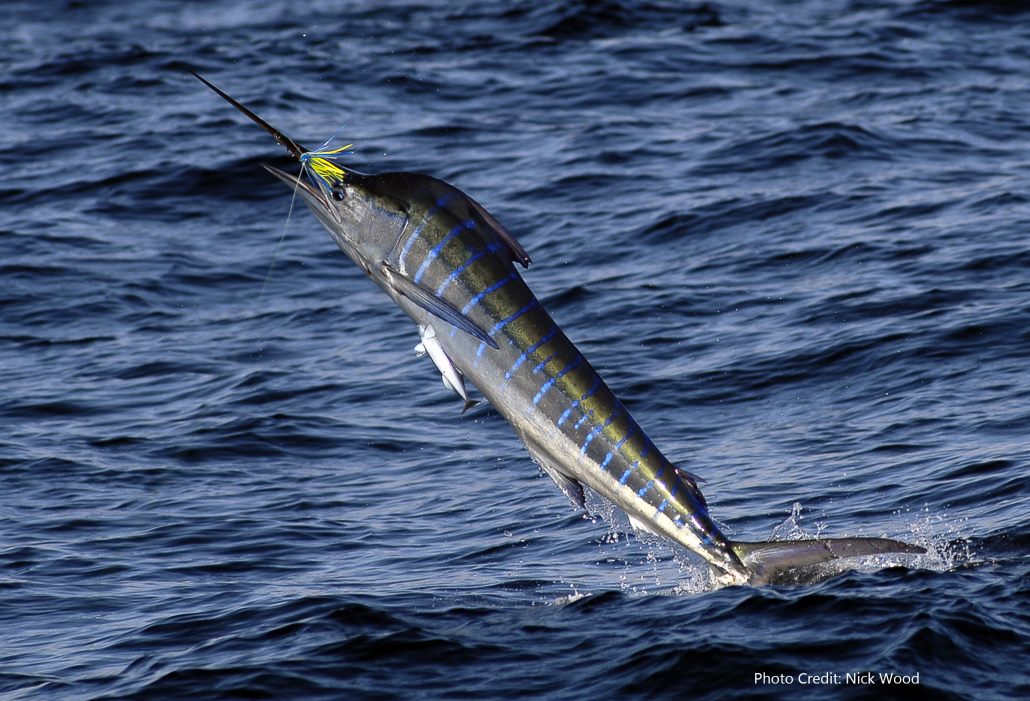 Striped marlin, like this one, draw anglers from around the world to Cabo San Lucas, Mexico. These anglers generate over a billion dollars annually.

The money and economic activity generated by sportfishing represents a dividend paid by healthy oceans. If no marlin, sailfish and tuna? No sportfishing tourists. No tourists—no jobs, tax revenues, no money for municipal infrastructures, schools and hospitals.

This is an incredibly important tool to translate healthy oceans into dollars. Without sportfishing, there is no way to generate money from fish that are swimming in the ocean. In this vacuum, the only way to monetize the ocean is by catching everything out of it, selling it and eating it.

What Does it All Mean?

The best thing about the conservation through sportfishing equation? Your part is just catching the fish and joining The Billfish Foundation.

TBF is a hardworking, competent team with a tradition of illustrating the economic and social benefits of healthy oceans to governments, communities and people around the world. Your membership dollars and fishing trips combine to fund jobs and support the work of keeping some fish in the water.

So, the next time someone asks you how you can be a fisherman and still love fish, tell them that you are doing your part by being a responsible angler and a member of TBF.  Sitting back and not fishing simply allows greed and over harvest to dictate the management of the oceans.

Get up to date information on events, news, and research on a constant basis. Submit your email now to join our exclusive newsletter.
The Fishing Life and Legacy of Jack Duvall

Anatomy of The Bait and Switch
Scroll to top